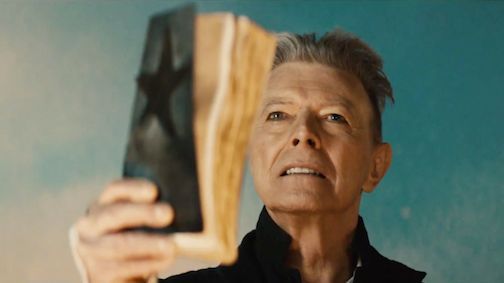 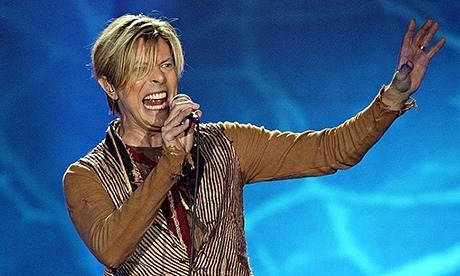 David Bowie’s final album, Blackstar, was released only days before his death. As Bowie recorded the album with a jazz quintet, JazzTimes assigned our critic Michael J. West to review it for our upcoming March issue. In light of Bowie’s passing, we present an advance look at the review now. Bowie fans may also want to take another look at West’s feature from one year ago detailing the collaboration between Bowie and jazz composer and bandleader Maria Schneider, available here.

Two days after Blackstar dropped, the world learned with shock that it would be David Bowie’s final recording. The 69-year-old legendary musical chameleon passed away from cancer on Jan. 10. He ended his career in the last place the world ever expected to find him: in front of a jazz quintet.

But that’s all too appropriate; Bowie’s career path was littered with the last places the world ever expected to find him. The gender-bending Ziggy Stardust yielded to the chilly soul of the Thin White Duke; his ’80s dance-pop preceded Tin Machine’s shredding guitars. Bowie’s choice to collaborate on the harrowing, mesmerizing Blackstar with the Donny McCaslin Quartet (saxophonist/flutist McCaslin, keyboardist Jason Lindner, bassist Tim Lefebvre, drummer Mark Guiliana) and guitarist Ben Monder represents one more color in an already enormous palette.

But if it implied that Bowie’s 25th studio album would take a markedly jazzy turn, then jazz fans were sold a bill of goods. That period may have begun and ended with “Sue (Or in a Season of Crime),” his seven-minute-plus 2014 single with the Maria Schneider Orchestra (on which McCaslin took an extended solo). “Sue” reappears on Blackstar in another version, cut to less than five minutes and stripped of the sonorities and delicate harmonies for the sake of aggressive guitar and drum lines-if anything, it compares to Bowie’s 1995 industrial project, Outside.

This version of “Sue” signifies the rule on Blackstar, not the exception. Guiliana, for example, plays virtuoso figures on “Blackstar” and “‘Tis a Pity She Was a Whore” as well as “Sue”-but only one such figure on each, repeated with drum-machine precision. Monder and Lefebvre establish a rhythmic vamp on “Lazarus” that’s straight out of goth-rock, the guitar mutating into noisy slashes for the fills. “Dollar Days,” with its acoustic piano and guitar and warm sax obbligato, harkens back to 1970s singer-songwriter-ism. Only “‘Tis a Pity” and “I Can’t Give Everything Away” touch on jazz in any meaningful or discernible sense, both setting deft harmonic colors against hard funk grooves and setting McCaslin deliciously loose on tenor. (On McCaslin’s closing “‘Tis a Pity” solo, Bowie shouts “Whoo!” into the breaks.)

All that said, no album can be judged for what it isn’t. If Bowie pulls McCaslin et al. into his orbit rather than vice versa, what does that orbit entail? Plenty of darkness, for starters. Heavy moods and abrasive textures abound, as do motifs of violence, death and nihilism, imbued with new significance following Bowie’s passing. Monder’s guitar rarely sounds without the hostile snarl that marks this version of “Sue,” and Guiliana emphasizes the pound of his drum attack. It’s also a highly literate album, referencing the Bible (“Lazarus”), English renaissance drama (“‘Tis a Pity”) and perhaps astrophysics (“Blackstar”). Yet the lyrics, maintaining an odd balance between floridity (“With blackout hearts, with flowered muse”) and colloquialism (“Where the fuck did Monday go?”) are-as ever-oblique throughout. As if to drive this point home, Bowie writes the lyrics to the incantatory “Girl Loves Me” in Nadsat, the lingo/dialect of Anthony Burgess’ A Clockwork Orange, with a dash of African-American slang (“Real bad dizzy snatch making all the homies mad”). When the atmosphere does lighten, as in the middle section of “Blackstar,” it slowly allows the bleakness to subsume it again.

And yet, Blackstar‘s noir-ish opacity doesn’t repel the ear; the intrigue ensnares it. “Sue” is a story of betrayal and murder-but which came first? If “Blackstar” is (as McCaslin has indicated) about the rise of ISIS, how does that relate to a solitary candle in a Norwegian village? While his voice retains its suppleness and power, a thin edge of coarseness has crept in, lending pathos to his delivery on every tune. (And, again, becoming newly significant.) Blackstar might be neither jazzy nor accessible, but it’s impossible to turn away from.

You want to get the word about Bird? Sheila Jordan, doyenne of jazz singers and 93 years young, continues to share the gospel of bebop, … END_OF_DOCUMENT_TOKEN_TO_BE_REPLACED

Prolific bass player Billy Mohler enjoys the best of two disparate worlds. In one, the L.A.-based multi-instrumentalist is a Grammy-nominated sessioneer who’s played with Lady … END_OF_DOCUMENT_TOKEN_TO_BE_REPLACED

Would it be overpraising Tom Harrell to describe his long recording career as practically peerless? Album after album, sometimes year after year, the Midwest-bred trumpet … END_OF_DOCUMENT_TOKEN_TO_BE_REPLACED

Compared to the other outré jazz elders on Adrian Younge and Ali Shaheed Muhammad’s Jazz Is Dead label, Katalyst is a still a relatively fresh … END_OF_DOCUMENT_TOKEN_TO_BE_REPLACED