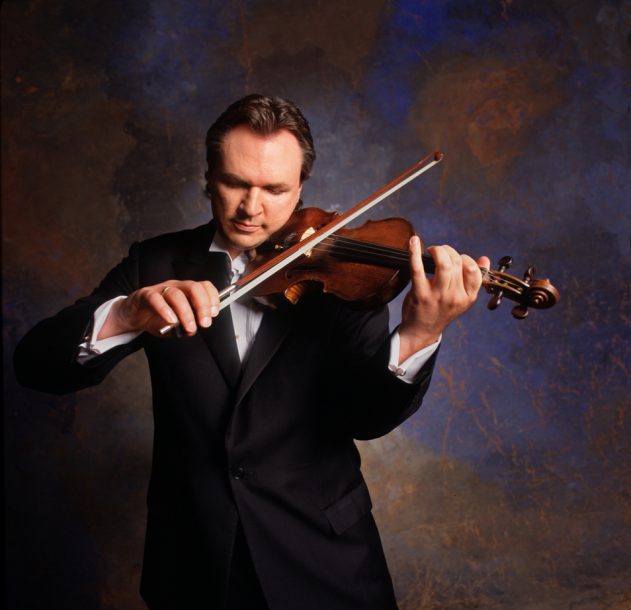 The bassist’s reliable quintet is augmented with Gary Smulyan’s bari, Antonio Hart’s alto and flute, and Alex Sipiagin’s trumpet and flugelhorn for Holland-style compositions – airy but always driving and urgent rhythm-section work, cross-cutting thematic lines, bravado solos – made even chewier by the extra horns. Holland shines on a conversant extended prelude to his 13-minute “How’s Never?” The group successfully bridges the gap between small group and big band, and makes another potent vehicle for its leaders thoughtful, challenging compositions.

Galactic’s drummer, practically THE go-to New Orleans skins man during Jazz Fest, stirs up groovalicious funk located somewhere in the cracks between MMW, the Meters and Moore’s day-job band. The riffs and licks aren’t complex, but stitching together these rhythms, variously inspired by the Meters’ Zigaboo Modeliste and James Brown drummers Jabo Starks and Clyde Stubblefield, among others, is the trick. It’s a task handily accomplished by Moore and his bandmates – organist Robert Walter and guitarist Will Bernard. Go ahead, try not to move your body. (The CD is a tie-in with a DVD and instructional book of the same name).

Three in one: The veteran drummer and his younger but similarly free-spirited bandmates operate on the same wavelength for a set of high-end chamber jazz, recorded live last year at the Village Vanguard. These ballads, including a floaty take on Irving Berlin’s “Be Careful It’s My Heart,” are marked by a sense of yearning and exploration, and bolstered by Motian’s coloristic drumming and several Monk-ish touches, half comic, half dead serious.

As advertised, these nine tracks, recorded live at four venues across the country, are all about hot acoustic string action. Django-style jazz is on display in the aptly named “Gypsy Fantastic” and the Grappelli-Reinhardt “In the Cluster Blues,” both showcases for O’Connor’s virtuoso playing. As ever, young mandolinist Thile (Nickel Creek) astonishes, too.

Blistering blues-rock with white-soul vocals? Not this time. Healey, returning to his “first love,” goes the way of ’20s/’30s-style jazz and swing, mostly acoustic and unplugged. Singing, and playing guitar and trumpet, he’s joined by violinist Drew Jurecka and pianist and clarinetist Ross Wooldridge for such chestnuts as “Deep Purple,” “Pennies From Heaven,” “I’m Gonna Sit Right Down and Write Myself a Letter” and “Laura.” It’s all pretty and charming enough, if less than riveting.

To view more blogs from Philip Booth, you can go to his blog site.

Vocalist Naima Shamborguer has been an illuminating presence on Detroit’s jazz scene for decades, elevating standards with her richly textured voice and classically trained ear. … END_OF_DOCUMENT_TOKEN_TO_BE_REPLACED

Aaron Seeber’s cymbals don’t mix—at least not in this mix. As presented in audio by the drummer himself and co-producer Kevin Sun, the ride and … END_OF_DOCUMENT_TOKEN_TO_BE_REPLACED

With the exception of certain legends like J.J., Kai, and Big T, trombonists tend to be the consummate outsiders of jazz; they know the rules … END_OF_DOCUMENT_TOKEN_TO_BE_REPLACED