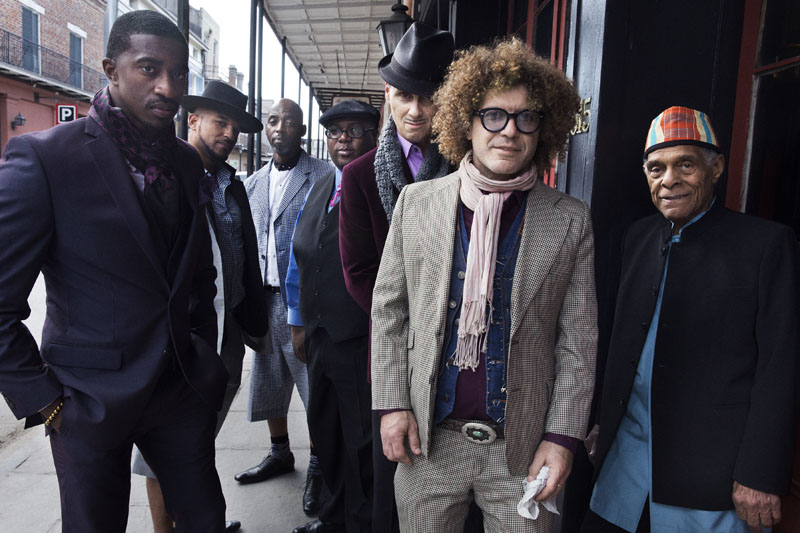 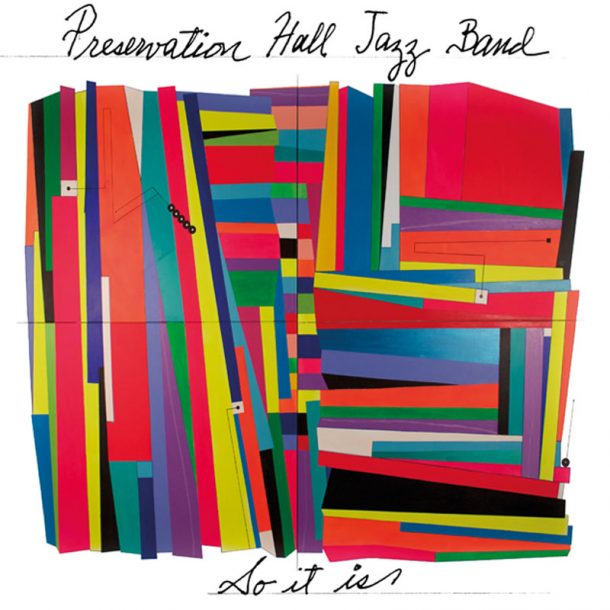 Preservation Hall Jazz Band: "So It Is"

If 2013’s That’s It! marked a creative step forward for the Preservation Hall Jazz Band—their first recording in 50 years to feature all original compositions—then the new So It Is represents a flying leap. It’s still steeped in New Orleans’ musical tradition, but it has at least as much in common with that city’s current brass bands as it does with circa-1917 trad ones. It’s still a boisterous party of a record, still emblematic of the Big Easy—but how one receives it will depend on just how moldy a fig one is.

Bebop influences are on display right out of the gate, and the opening title blues barely modifies “Bags’ Groove.” So is funk—if Ben Jaffe’s bass and Walter Harris’ drums don’t drive that point home on “Innocence,” Kyle Roussel’s Wurlitzer electric piano does. Even the most traditionalist piece—“One Hundred Fires,” which incorporates both funeral dirge and the accompanying second-line—employs greasy electric organ in the Jimmy Smith vein.

Yet PHJB by no means turns its back on the old school. If the rhythm of “Innocence” is funk, its horn melodies are traditional phrases and classic counterpoint, even some supplementary two-step rhythms. And for all trumpeter Branden Lewis’ Dizzy-rooted takes on Afro-Cuban jazz in “La Malanga” and “Santiago,” both songs maintain the Big Four beat and feel like the very essence of Jelly Roll Morton’s Spanish tinge. New Orleans, past and present, roll into one.

Of course, plenty of listeners aren’t grappling with the polarities of the Crescent City’s musical legacy. Suffice it to say, So It Is meets the American Bandstand criteria: It has a good beat and you can dance to it. That’s never more true than on the street-stomp “Mad”—which, in addition to its shouting fun, will get even the most skeptical purist moving.

Since February 2022, when Russia invaded its neighbor Ukraine, we’ve received fresh reminders of the horrors and atrocities of war. So it’s timely that the … END_OF_DOCUMENT_TOKEN_TO_BE_REPLACED

From their name to their album title and the dedications of the compositions within, WeFreeStrings takes inspiration from fearless activists. The album’s title track is … END_OF_DOCUMENT_TOKEN_TO_BE_REPLACED

Dreams—some born of illness and isolation, others bound to artistic aspirations and hope for the future—cohere to form a reality for Caili O’Doherty. Leading a … END_OF_DOCUMENT_TOKEN_TO_BE_REPLACED