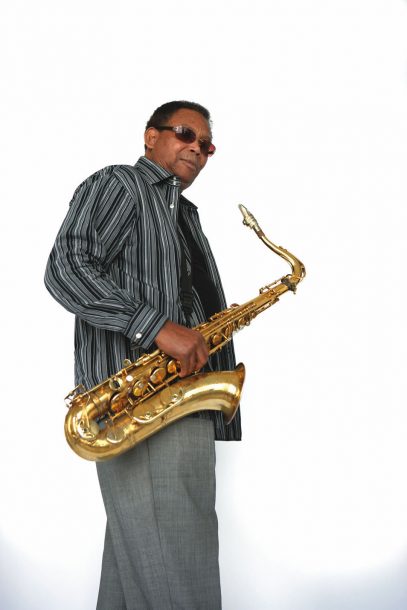 Now that the drummer leads a band, he takes all sorts of liberties, with loud snare punctuations and extra cymbal crashes adding heat to Pope’s solo in “Plant Life.” “Blues It,” written by the late, unheralded Philadelphia pianist Hasaan Ibn Ali, has a calypso rhythm that inspires Bailey to sound like drummer and percussionist, layering cowbells and tom fills over a steady beat.

Throughout the album, the group continues to mine the style of the John Coltrane Quartet’s Atlantic period on “Fifth House” (a Pope original) and “Variations.” Maybe it’s the Philadelphia connection between that group and this one (Bailey and Pope both hail from that town) or simply the experiences of the musicians, but the music sounds less like an attempt to channel Coltrane and more like players that came of age with the same influences.

At the same time, when a freewheeling drummer suddenly buckles down, it can damper the mood of a session, especially when that drummer is Sunny Murray. Plant Life, Pope’s trio session with Murray and bassist Lee Smith, lacks the high energy that might be expected from either the leader’s brawny blowing or Murray’s fluid approach to the drum kit. The disc’s title track, which kicked off the Bailey album with power, here sounds like a practice run. “I Want to Talk About You” starts a bit like Sonny Rollins’ best trio work, but at nine minutes, it drags on a little too long. On tracks like “Multiphonic,” Pope’s overtones and Smith’s bowing connect better with Murray’s exploratory nature. But much of the album sounds like everyone was holding back a little, which can be interesting but not always compelling.

Casting a sensually becalming spell with her ninth album, Lauren Henderson continues her ongoing exploration of her Latin American and Caribbean roots on La Bruja, a … END_OF_DOCUMENT_TOKEN_TO_BE_REPLACED

When trumpeter Brian Lynch released the first volume of his “Songbook” series last fall, Bus Stop Serenade, he promised more would soon be forthcoming, and … END_OF_DOCUMENT_TOKEN_TO_BE_REPLACED

Tenor titan Walt Weiskopf’s European Quartet has been together for about five years, producing several sterling albums along the way. As indicated by that growing … END_OF_DOCUMENT_TOKEN_TO_BE_REPLACED

The spell that Allison Wheeler casts with her debut album Winterspring felt more potent the third time through, and each subsequent spin deepened the reverie. A poetic … END_OF_DOCUMENT_TOKEN_TO_BE_REPLACED