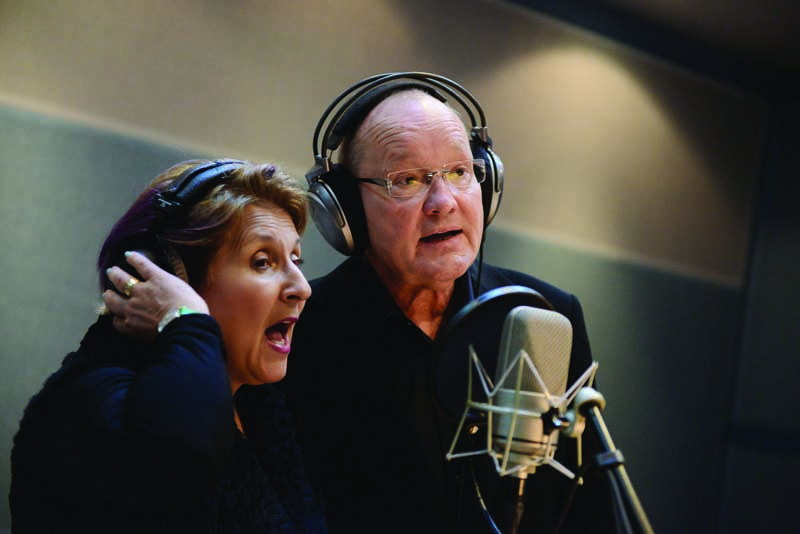 It is a rather perfect storm: a sterling quartet led by Swedish trombonist and vocalist Nils Landgren, paired with the 17-piece Bochumer Symphoniker across a dozen Leonard Bernstein gems, arranged and conducted by Vince Mendoza, augmented with guest vocals by the Manhattan Transfer’s Janis Siegel. But it is also, befitting Bernstein’s unpretentious genius, a tasteful and elegant one. Landgren begins and ends grandly, opening with a 42-second snippet from West Side Story‘s “America,” a multi-track trombone solo that suggests a glorious dawn over Manhattan, and closing with a majestic rendering of “A Simple Song” from Bernstein’s MASS: A Theater Piece for Singers, Players and Dancers, commissioned by Jacqueline Onassis for the 1971 opening of Washington’s Kennedy Center.

Like many a singing horn player, Landgren makes up for a limited vocal range with tremendous rhythmic verve and style, in his case blending the gossamer of Chet Baker with the gruff bonhomie of Jack Sheldon. He contributes fine readings of “Somewhere,” Wonderful Town‘s velvety “A Quiet Girl” and, alone with the quartet, the pressure-cooker “Cool.” Siegel fronts the orchestra just once, on Wonderful Town‘s bittersweet “The Story of My Life.” With the quartet she adds a beautifully etched “Lonely Town” and, just with Landgren (on trombone and piano), a gently blissful “Lucky to Be Me.” Vocally they partner twice, on the wistful title track, written by Bernstein for On the Town, and on “Something’s Coming,” taken at midtempo, less feverishly than most interpretations, its anticipatory yearning more wishful than commanding.

Perhaps it’s a stretch to make this comparison, but the rich textures created by Amir ElSaffar’s 17-piece Rivers of Sound Orchestra recall the expansive sound … END_OF_DOCUMENT_TOKEN_TO_BE_REPLACED

Since her 2017 debut A Social Call, Jazzmeia Horn—like her fellow Dallas native Erykah Badu—has plumbed the art of vocalizing in a manner suggesting a gold … END_OF_DOCUMENT_TOKEN_TO_BE_REPLACED

Caroline Davis’ previous Sunnyside album, Heart Tonic (2018), was inspired by research the alto saxophonist conducted upon discovering that her father had a heart arrhythmia. … END_OF_DOCUMENT_TOKEN_TO_BE_REPLACED

Although solo bass recordings are hardly common, the list is longer than you might think: Players as prestigious as Ron Carter, Miroslav Vitous, and William … END_OF_DOCUMENT_TOKEN_TO_BE_REPLACED