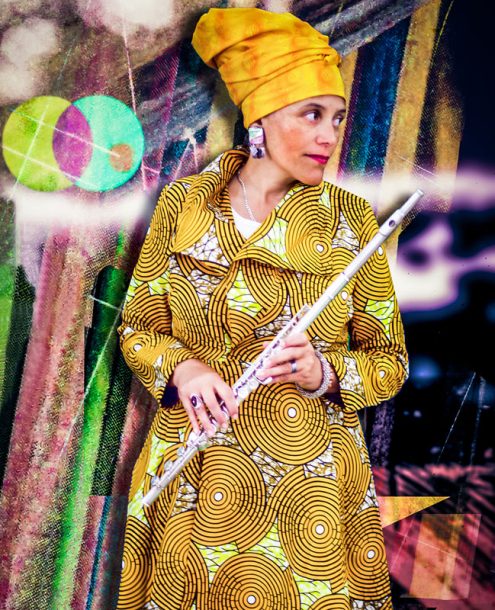 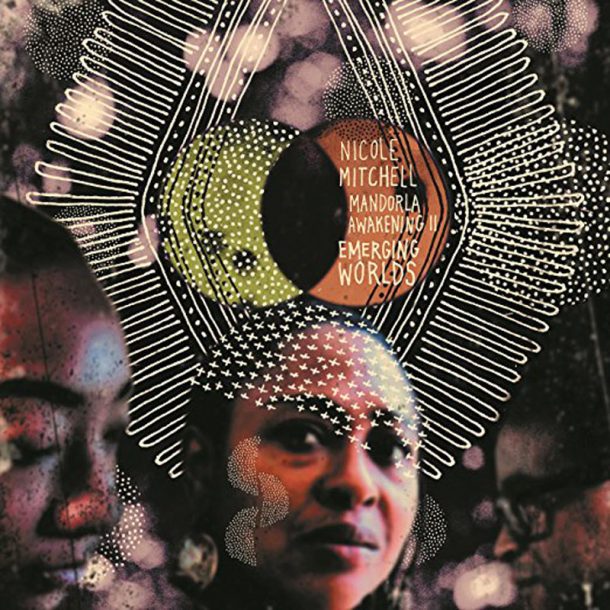 Recorded live in Chicago and performed in 2015, in conjunction with the 50th anniversary celebration of the AACM, Mandorla Awakening II is a resplendent reminder of why that organization’s ethos remains so invaluable. It is ambitious, adventuresome, defiant of genres and conventional wisdom and wildly dynamic. Its ability to be astral-ethereal and grassroots folky in its sensibility—sometimes within the same tune—makes it a kindred spirit to the Art Ensemble of Chicago’s essential Live in Paris, from 1969.

Nicole Mitchell was president of the AACM from 2009-’10, before taking a teaching job at the University of California, Irvine, in 2011. She is undoubtedly one of the top flutists in jazz, and no fewer than four of the 10 songs here are righteous showcases for her, sometimes in thrilling tandem with Kojiro Umezaki on shakuhachi, the traditional Japanese bamboo flute. There are no other “horns”—winds, reeds or brass—among the other six members of Mitchell’s Black Earth Ensemble, but the collective energy is plenty robust.

Mandorla Awakening II is the second live performance to play off of Mitchell’s sci-fi novella of the same name. (The first, a different work with different personnel, happened in L.A. in 2013 and has yet to be released.) The overly reductive synopsis is that the novella’s about the merging of dystopia and utopia. For jazzheads, the plot matters less than the inspiration: “Egoes War” may be dystopian, but the immense force brought by Alex Wing’s electric guitar and the maelstrom of strings and effects is enjoyably stupendous. Throughout the 74-minute work, Mitchell’s arrangements balance compelling solos with piquant instrumentation—after Mitchell and Umezaki cavort like butterflies to open “Dance of Many Hands,” thunderous taiko drums from Tatsu Aoki usher in a transition eventually resolved by Tomeka Reid’s glistening cello solo. Near the end of the performance, vocalist avery r young bursts through with shout-song gospel testimony on “Staircase Struggle.” He’s an acquired taste but patience pays off on “Shiny Divider,” which starts as a chamber blues with rich strings that the fervid vocals help goose into a sinuous Bollywood-to-Broadway revue, on to gospel and through to fusion-funk.

Mandorla Awakening II is a sprawling work whose reach occasionally exceeds its grasp. But Mitchell creates enough profound moments to obliterate nitpicks over its minor foibles.

At the age of 88, Houston Person remains a reliably consistent interpreter of song. He has never been particularly extreme or outrageous, preferring to keep … END_OF_DOCUMENT_TOKEN_TO_BE_REPLACED

Chet Baker made a number of classics throughout his brief, cruel life, but his debut vocal album, Chet Baker Sings, might be his summit. Nobody … END_OF_DOCUMENT_TOKEN_TO_BE_REPLACED

If ever there was a launchpad to immerse oneself in Canada’s creative jazz and vibrant scene, Toronto guitarist and composer Avi Granite is the ideal place … END_OF_DOCUMENT_TOKEN_TO_BE_REPLACED