Skip to content
Become a member and get exclusive access to articles, live sessions and more!
Start Your Free Trial
Home > Reviews > Nguyen Le Quartet: Walking on the Tiger’s Tail 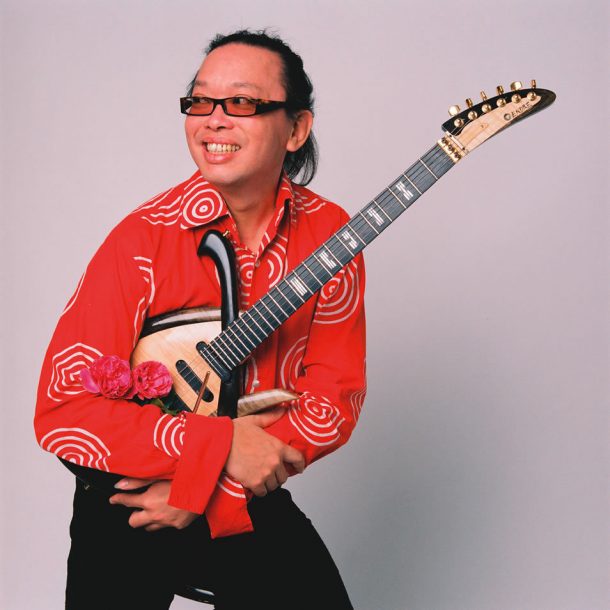 Inspiration for guitarist Nguyen Le’s new recording, Walking on the Tiger’s Tail, came from the ancient Chinese writings Le has been reading lately. Far Eastern musical elements have a place on the album, as do elements of South Asian music, electronica, prog rock and heavy metal, but Le uses them in small and subtle ways. His brand of world jazz-fashioned from gentle arpeggios, sudden changes in tone and bright melodies-is its own genre.

Le invites pianist Art Lande, who played a central role on Le’s Zanzibar and Miracles, and another former Le collaborator, mulireedist Paul McCandless, to revisit their past association. Jumping from the kit to hand percussion to tabla, drummer Jamey Haddad ably fills the role of all-purpose percussionist. But the tight interaction between Lande, McCandless and Le makes the recording. Le purposely left out the bass, allowing the three players to shift fluidly between lead and support.

An extrovert guitarist, Le mostly plays with a clean tone and light touch, but ramps up the distortion and metal licks on “Jorai.” Though McCandless spends most of the recording with the proper, upright sound of his oboe and English horn, he saves an unexpectedly ferocious tenor solo for “Zamora.” Which is to say that, though predominantly airy and at times fey, Walking can be pungent, even aggressive.

Every notable jazz reissue has an intriguing backstory, right? Live at Parnell’s, documenting a week of bruising performances by late B-3 organ master Brother Jack … END_OF_DOCUMENT_TOKEN_TO_BE_REPLACED

The best live music takes you somewhere in the moment, though if we’re lucky there will be microphones on stage to capture the moments of … END_OF_DOCUMENT_TOKEN_TO_BE_REPLACED

I have friends who no longer follow the releases of ECM, believing the Munich label’s best years were in the past, when such innovative recordings … END_OF_DOCUMENT_TOKEN_TO_BE_REPLACED