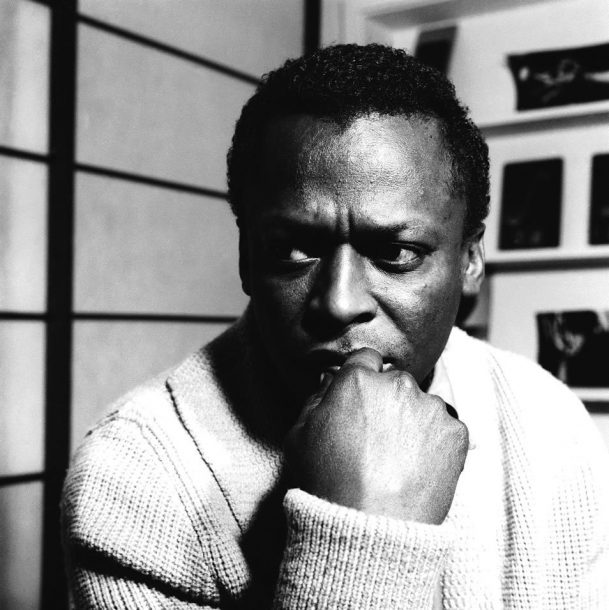 There are a few classic jazz recordings whose appeal to the jazz reissue industry knows no bounds. Kind of Blue is one. Bill Evans’ 1961 Village Vanguard material is another. And of course there are Miles Davis’ last five albums for Prestige. The fact that they have already been reissued in every type of package and playback format known to postmodern man has not kept the Concord Music Group, new owner of the Prestige catalog, from coming at them once again in this new four-disc set.

The story of these recordings has been retold many times in jazz literature. In the late summer of 1955, Davis recruited four mostly unknown musicians for his first working band (the “First Great Quintet”): John Coltrane, Red Garland, Paul Chambers and Philly Joe Jones. They recorded six tracks in Rudy Van Gelder’s Hackensack studio on November 16, 1955, that became the Prestige LP The New Miles Davis Quintet. Then Davis was offered an attractive recording contract by Columbia. In order to sign it, he had to satisfy the terms of his Prestige contract by making four more albums. In two epic sessions, on May 11 and October 26, 1956, Davis’ band recorded 26 tracks, all first takes. They became the Prestige LPs Workin’, Steamin’, Cookin’ and Relaxin’. Probably no jazz artist has ever recorded so many masterpieces in such a condensed window of studio time.

This new Prestige/Concord collection places the tunes in recording order, rather than in the album groupings to which we have become accustomed. To sit down with the 32 of them now, from “Stablemates” to “My Funny Valentine,” is to fall in love all over again with irreplaceable music whose magic is utterly manifest yet elusive of description. It is not flawless. There are first-take fluffs. An immature Coltrane overshoots many targets. Some of the repertoire (“S’posin’,” “Diane”) is too sweet. It does not matter.

It is astonishing to ponder that only 30 years transpired between Louis Armstrong’s Hot Five/Hot Seven recordings and these Davis sessions, and that 50 years have passed between the Davis sessions and now. The Davis recordings are fully of the modern world and modern consciousness. Of course, they had much to do with defining that consciousness in musical terms. They opened small ensemble form to new possibilities of harmonic minimalism and rhythmic relativity. They unveiled fresh complexities of tension and release, and early forays into abstraction and even dissonance. As for the modern consciousness, the spaces in this music contain Davis’ existential choices, spare but assertive gestures set against emptiness and alienation.

But it is not necessary to think about its historical significance to participate in the music’s richness.

The band’s personas were glaringly dissimilar (Davis’ tightly wound edginess, Coltrane’s volatility, Garland’s stylized symmetry), but they achieved a miraculous synergy. Davis’ Harmon-muted ballads (“It Never Entered My Mind,” “When I Fall in Love,” “My Funny Valentine”) are razor-edged paradigms of poignance. There are, again and again, the adrenaline rushes of Coltrane’s entrances (“‘Round Midnight,” “If I Were a Bell”), followed by the sustained excitement of his solos, human passion courageously striving to become aesthetically articulate. There are Garland’s sublime solos, reassuring islands of order and elegance (“Blues by Five,” “Ahmad’s Blues”). There are the infinitely variable undercurrents of energy created by Chambers and Jones.

A fourth disc contains previously unissued material from live radio remote broadcasts and from Steve Allen’s Tonight Show. Allen is appallingly lame and blathering, but all the music left behind by this band is important. The most interesting tracks are the last four, from the Café Bohemia in New York in 1958, with Bill Evans in the piano chair and Coltrane in full clarion command of his “sheets of sound.”

For anyone whose record collection is, for whatever reason, missing this material (Fire? Flood?), this Prestige/Concord set is a good, fast way to fill the void. Miles’ cover painting, “New York by Night,” is cool. As always, the 24-bit remastering by Joe Tarantino of Fantasy Studio is solid. It’s fun to discover the new music on disc four.

Yet it is difficult to make a case that this set adds anything essential to the archives of Davis’ “First Great Quintet.” These are certainly not the best sounding available versions of the material. (That distinction goes to the SACD remasterings on the Mobile Fidelity and Analogue Productions labels, followed by the “red book” versions in JVC’s XRCD series.) Bob Blumenthal’s liner notes lack the depth that one expects from this enormously authoritative jazz scholar. He never fully clarifies this music’s place in history, limiting himself mostly to (intelligent) track-by-track color commentary. (His notes read like Bob Blumenthal on a short deadline.) Even the photos of the musicians look hastily assembled and do not always come from the relevant 1955-56 period.

The company that has set the gold standard in Miles Davis reissue sets is Columbia/Legacy. The difference between this Prestige/Concord set and the Columbia/Legacy collection that follows it chronologically (Miles Davis and John Coltrane: The Complete Columbia Recordings) is the difference between a business venture and a business venture that is also a labor of love.

When trumpeter Brian Lynch released the first volume of his “Songbook” series last fall, Bus Stop Serenade, he promised more would soon be forthcoming, and … END_OF_DOCUMENT_TOKEN_TO_BE_REPLACED

Tenor titan Walt Weiskopf’s European Quartet has been together for about five years, producing several sterling albums along the way. As indicated by that growing … END_OF_DOCUMENT_TOKEN_TO_BE_REPLACED

The spell that Allison Wheeler casts with her debut album Winterspring felt more potent the third time through, and each subsequent spin deepened the reverie. A poetic … END_OF_DOCUMENT_TOKEN_TO_BE_REPLACED

If, as he states in the album’s press materials, Geoffrey Keezer wanted Playdate to punctuate his versatility, he sure gets right down to it. A … END_OF_DOCUMENT_TOKEN_TO_BE_REPLACED