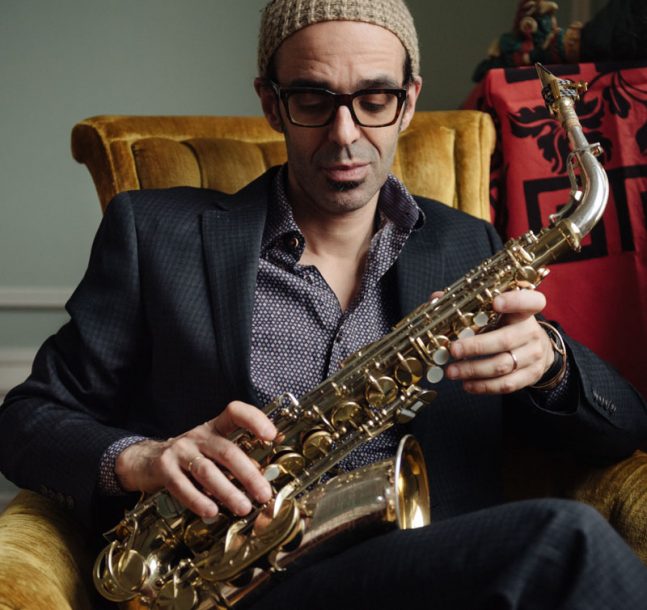 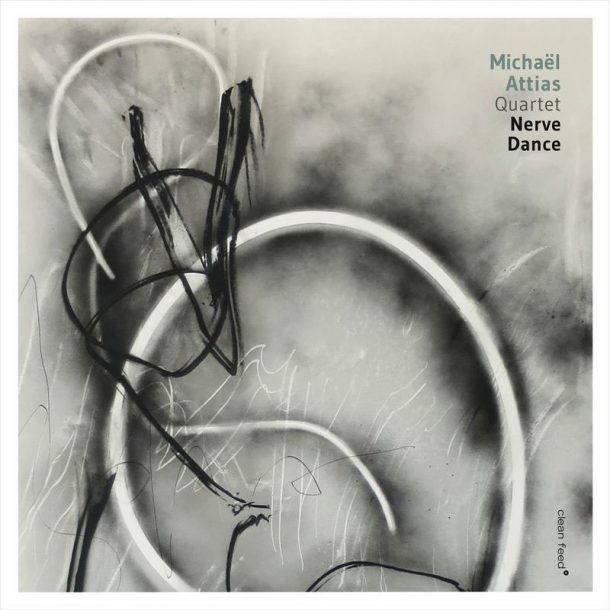 Saxophonist-composer Michaël Attias has studied and played with two masters of structure and space, Anthony Braxton and Paul Motian. To the extent he is a traditionalist, Attias reveres Bird, Coltrane and Ornette not for their place in the firmament, but for their willingness to take risks. On Nerve Dance, Attias has assembled an ideal ensemble to wield these concepts of structure, space and risk, and forges a potent, relentlessly unpredictable synergy.

The 11 original compositions play out like an Escher mandala. The opening and closing tunes feature a 3/4 time signature: The first, “Dark Net,” has drummer Nasheet Waits delivering a tour de force on an Elvin Jones-inspired six-beat phrase; the last, “Nasheet,” is a tribute to Waits by the ensemble’s bassist, John Hébert. Another thematic echo occurs with three other songs. “Nerve & Limbo” deploys aggressive and then atmospheric approaches to the same harmonic material. The “nerve” segment is reprised on “Le Pèse-Nerfs,” and the “limbo” segment gets revisited on “Ombilique.” A final conjoining occurs when Attias plays solo on alto and piano for “Boca de Luna,” which introduces the ensuing “Moonmouth,” a delicacy made sumptuous by pianist Aruán Ortiz despite hewing to 17/8 time.

Satoko Fujii creates quickly and perpetually. The 62-year-old pianist has released dozens of albums—in the 21st century alone—under her own name and as part of … END_OF_DOCUMENT_TOKEN_TO_BE_REPLACED

Any reason to celebrate the late, great Ornette Coleman will always be a good one. On the occasion of the master saxophonist, composer, and harmolodic … END_OF_DOCUMENT_TOKEN_TO_BE_REPLACED

Igor Stravinsky’s The Rite of Spring has been an obsession for Harold Danko for more than a half-century, as the pianist relates in the liner … END_OF_DOCUMENT_TOKEN_TO_BE_REPLACED