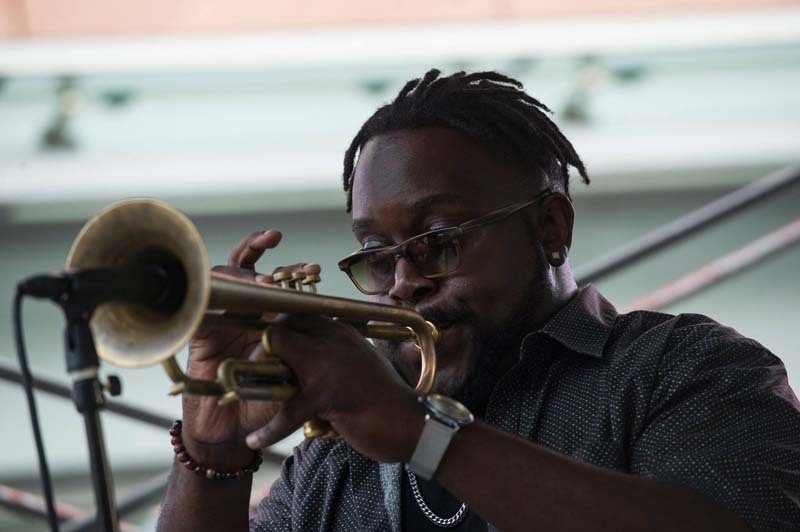 Marquis Hill, not yet 30 and based in both his hometown of Chicago and in New York, is one of the most promising jazz musicians to gain a national reputation in recent memory. He’s a remarkably gifted trumpeter, with a technical command that can evoke heroes like Donald Byrd and Freddie Hubbard without getting too close to the source, and a composer-bandleader whose music and working group, the Blacktet, boast a comprehensive vision. Hill received first place at the 2014 Thelonious Monk International Jazz Trumpet Competition, and this Concord Jazz debut is the result of a generous prize package. And although it follows a few fine if modestly distributed recordings, it comes off like a definitive introduction.

Hill’s previous albums featured original music, but this one is filled with standards and not-so-standards-an old strategy for a hotshot player making a big entrance, and one that Hill revises by using his Blacktet instead of a prestige rhythm section. Of course, nothing better betrays the true nature of musicianship than a standard tune.

Milton “Brew” Moore once opined that “Anyone who doesn’t play like Pres is wrong,” but he later realized the limitations of such a position and … END_OF_DOCUMENT_TOKEN_TO_BE_REPLACED

Since February 2022, when Russia invaded its neighbor Ukraine, we’ve received fresh reminders of the horrors and atrocities of war. So it’s timely that the … END_OF_DOCUMENT_TOKEN_TO_BE_REPLACED

From their name to their album title and the dedications of the compositions within, WeFreeStrings takes inspiration from fearless activists. The album’s title track is … END_OF_DOCUMENT_TOKEN_TO_BE_REPLACED