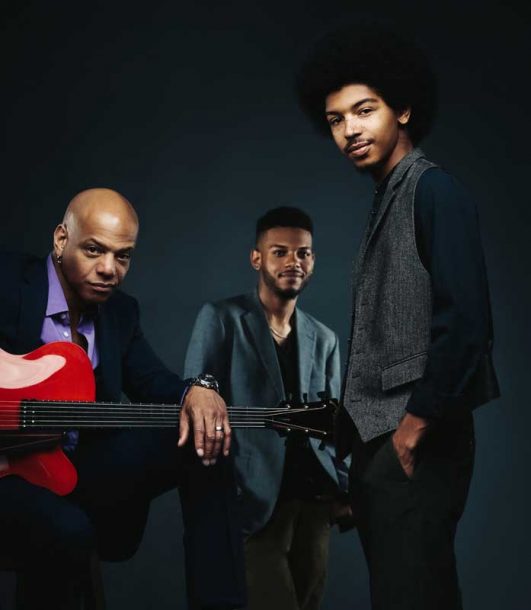 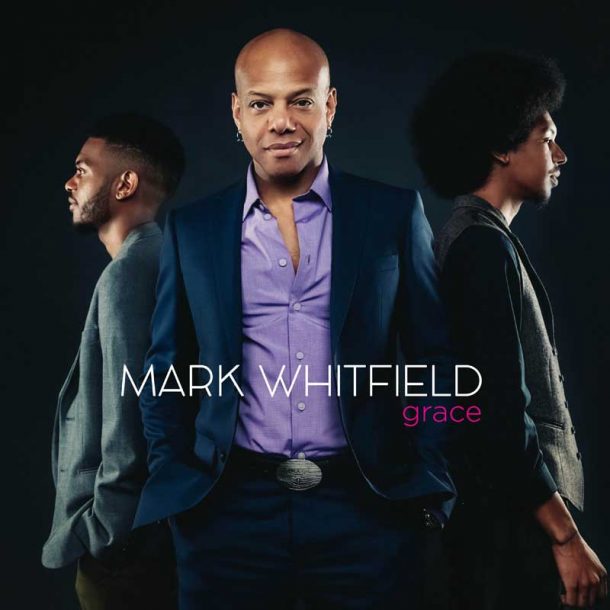 To find three Berklee alumni recording together isn’t unusual, but not when the gathering constitutes a cross-generational family affair. Such is the case here, as veteran guitarist Mark Whitfield brilliantly collaborates with his sons Davis, on piano and keyboards, and Mark Jr., on drums. Augmenting the Whitfield Family Band is bassist Yasushi Nakamura and, on this occasion, vocalist-lyricist Sy Smith, who contributes an appealing cameo.

As for the tunes, père Whitfield did most of the writing, and after you take into account all of the tricky rhythms, blistering tempos and abrupt shifts in dynamics, it’s clear he wasn’t inclined to cut anyone slack. Thanks to web video clips, a lot of folks will be familiar with the album’s standout tracks, notably “Afro Samurai” and “The Socrates Curse.” Both performances, each nine minutes long, occasionally evoke the sound of guitarist George Benson at his burning postbop best. And yet when the focus shifts to the rhythm section, as it often does, the Whitfield siblings and Nakamura sustain the level of energy and invention with such consistency that you can’t help picturing the bandleader beaming with pride. Moods veering toward pop and soul are introduced via the album’s title ballad, a showcase for Smith’s translucent voice, and “Pulse, Pt. 2,” a slice of wah-wah-inflected funk that brings the album to a slippery close. Guitarist Whitfield has spent a lot of time in recent years playing a supporting role on the road, but it’s easy to imagine his new band delighting festival crowds for a long time to come.

Dreams—some born of illness and isolation, others bound to artistic aspirations and hope for the future—cohere to form a reality for Caili O’Doherty. Leading a … END_OF_DOCUMENT_TOKEN_TO_BE_REPLACED