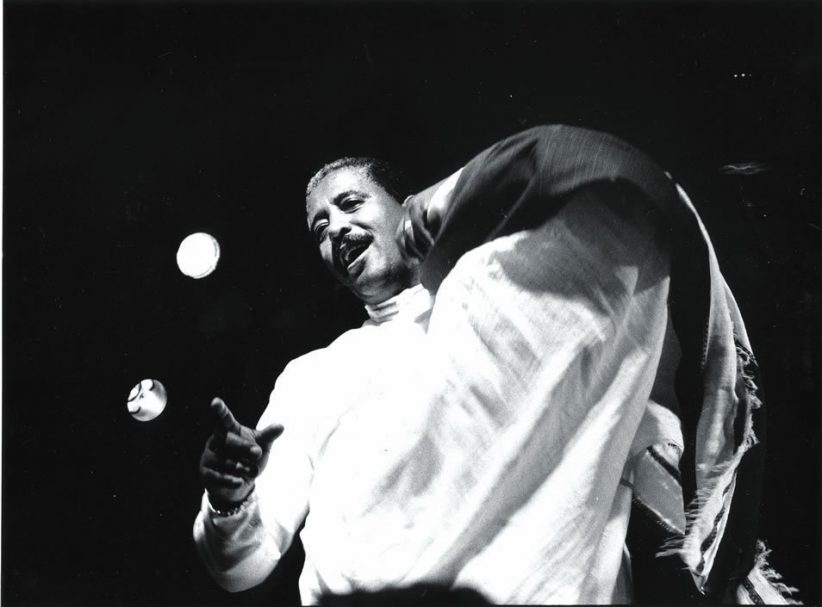 Alemye is the third disc in Buda Records’ essential Ethiopiques series by Mahmoud Ahmed, the greatest singer in Ethiopia’s modern history. As with most of the records made in the ’70s-the nation’s golden era-the instrumental backing provides a strange mix of stuttering polyrhythms applied to a deeply melancholy mixture of guitar, organ and horns that sounds somewhere between a Southern soul band and James Brown’s Famous Flames. Most of the songs here, cut in 1974 with the Ibex Band-one of a handful of bands that accompanied most singers of the time-are romantic laments, and Ahmed injects them with fitting sorrow, his soulful, pleading melisma cutting through the dense, swirling arrangements like a scythe. But when things get funky, as on a tune like “Ney Denun Tesesh,” Ahmed struts his acute rhythmic sensibilities-his knotty phrasing both mirroring the taut groove and providing it with ace counterpoint. The album closes with a 12-minute version of “Tezeta,” one of three tunes here presented in unedited form for the first time, a fantastic slow burn of haunting beauty.

Every notable jazz reissue has an intriguing backstory, right? Live at Parnell’s, documenting a week of bruising performances by late B-3 organ master Brother Jack … END_OF_DOCUMENT_TOKEN_TO_BE_REPLACED

The best live music takes you somewhere in the moment, though if we’re lucky there will be microphones on stage to capture the moments of … END_OF_DOCUMENT_TOKEN_TO_BE_REPLACED

I have friends who no longer follow the releases of ECM, believing the Munich label’s best years were in the past, when such innovative recordings … END_OF_DOCUMENT_TOKEN_TO_BE_REPLACED