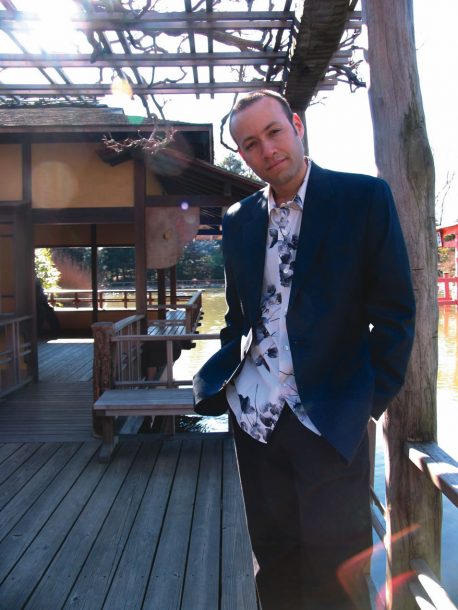 When last we had heard from him, Liberty Ellman was charming the pants off of discerning listeners. He could write clever, oblong compositions full of overlapping rhythms; he favored Steve Coleman’s sophisticated funk and classic bebop equally; and his hollow-body electric guitar sounded terrific alongside Mark Shim’s saxophone. For that side of Ellman, consult the guitarist’s Tactiles recording. With Ophiuchus Butterfly, the emphasis has shifted.

Ellman still likes his funk and bop, but he’s now thinking in bigger structures, more complicated voicings and in textures. So naturally, the ensemble has gotten bigger. Shim returns, though now he shares the front line with another saxophonist, Steve Lehman. The bottom end also bulks up with tuba player Jose Davila alongside bassist Stephan Crump and drummer Gerald Cleaver. Ellman takes full advantage of the extra players with constantly shifting unison passages and counterpoint, not just in the front-line horns but with tuba and bass as well. Some tunes aim for pure texture. On others, Ellman creates a multifaceted gyroscope of an ensemble sound, which resembles the music of Henry Threadgill (a former Ellman employer). Ellman’s playing takes a back seat to his compositional ambitions, however. He takes a few solos, but his guitar is the least prominent voice.

When trumpeter Brian Lynch released the first volume of his “Songbook” series last fall, Bus Stop Serenade, he promised more would soon be forthcoming, and … END_OF_DOCUMENT_TOKEN_TO_BE_REPLACED

Tenor titan Walt Weiskopf’s European Quartet has been together for about five years, producing several sterling albums along the way. As indicated by that growing … END_OF_DOCUMENT_TOKEN_TO_BE_REPLACED

The spell that Allison Wheeler casts with her debut album Winterspring felt more potent the third time through, and each subsequent spin deepened the reverie. A poetic … END_OF_DOCUMENT_TOKEN_TO_BE_REPLACED

If, as he states in the album’s press materials, Geoffrey Keezer wanted Playdate to punctuate his versatility, he sure gets right down to it. A … END_OF_DOCUMENT_TOKEN_TO_BE_REPLACED