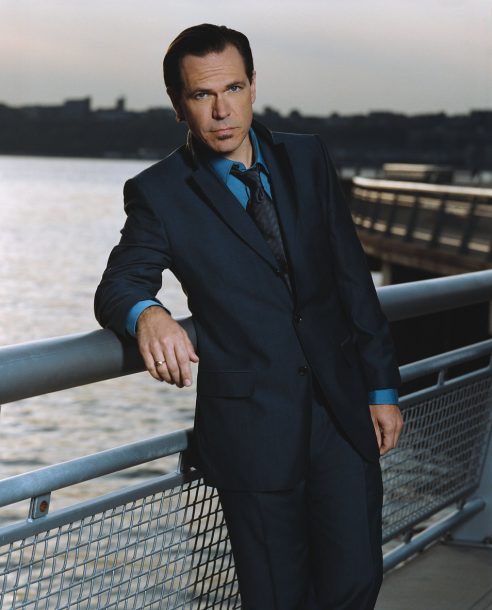 If there is a royal bloodline of male jazz singers, I’d suggest it progresses from Satchmo to Mel Tormé to Jon Hendricks to Mark Murphy to Kurt Elling. After Elling (who, still a few months shy of his 40th birthday, may long reign), a cyclonic puree of all the princes who’ve preceded him, the throne may well remain vacant. Oh, there are plenty of clever jazz lads around with noble ambitions, Jamie Cullum and Ian Shaw high among them, but none who show any sign of trumping (or even echoing) Elling’s kaleidoscopic amalgam of gifts.

Elling’s ascent began in the early ’90s when, legend has it, the divinity-school dropout sent a demo tape to Blue Note and was offered a contract. From the outset, it was clear that the innately hip Chicagoan was determined to be an envelope-pushing revolutionary. As early as his studio debut, 1995’s Close Your Eyes, the ingredients of genius were evident, with deep romanticism running headlong into intellectual inquisitiveness (Rilke, Proust and San Francisco poet Kenneth Rexroth figuring prominently) and keen awareness of all jazz brethren (witness vocalese masterpieces built upon Wayne Shorter, Dave Brubeck and Paul Desmond; a mere prelude to even bolder embraces, on subsequent discs, of Charlie Parker and Miles Davis), all underscored by a delightful sense of humor. Indeed, as Elling’s Blue Note career erupted with another five albums, culminating in 2003’s seismic Man In the Air, he emerged-as performer, interpreter and songwriter-as the hybrid jazz equivalent of Lord Byron, Allen Ginsberg, William Faulkner and Matt Groening. Then, apart from a handful of guest appearances, the recordings stopped, with Elling pursuing other professional interests, including a nonpareil vocal summit with Murphy, Hendricks and Kevin Mahogany for intercontinental tours as the Four Brothers. Now, having parted ways with Blue Note and signed with Concord, Elling is back with Nightmoves, an album that, building upon everything he has previously recorded, rivals even Air in its magnificence.

Elling has always been fascinated by the nighttime and the dreamscape it ushers. From “Never Never Land” to “Moonlight Serenade” and Shorter’s “Night Dreamer,” the lure of darkness and its endless possibilities has defined much of his repertoire. So an entire album devoted to such themes seems utterly appropriate. The 11-track set opens with Michael Franks’ title song, shaped as a gentle bossa-nova that lulls the listener into Elling’s multi-dimensional netherworld, where ideas and influences collide, shattering into fragments of fresh insight. As his night flight continues-ultimately landing with a hymnlike, semi-vocalese reading of Ellington’s “I Like the Sunrise” that, layered with nods to tenor saxophonist (and fellow Chicagoan) Von Freeman and 13th-century Persian poet Jelaluddin Balki, unmasks the joy of new beginnings-Elling pursues the parallel theme of love in all its guises. There’s romantic love lost: Irving Berlin’s “Change Partners” reinvented as a requiem for unfulfilled yearning, blended with the shimmering desolation of Jobim’s “If You Never Come to Me”; a stunning dialog of regret constructed between Keith Jarrett’s “Leaving Again” and Sinatra’s “In the Wee Small Hours”; and a loose-limbed treatment of Betty Carter’s “Tight.” There’s romantic love found: the weightless beauty of Alan Pasqua’s “And We Will Fly.” There are 10 dazzling vocalese minutes in celebration of parental love, on “A New Body and Soul,” inspired by Elling’s daughter, Luiza. And, perhaps most profound, there’s the love at the heart of self-discovery (“The Waking,” based on a Roethke poem) and its inverse, the aching search for self (“The Sleepers,” from Fred Hersch’s reinterpretation of Walt Whitman’s Leaves of Grass, and a blistering cover of Burton Cummings’ and Randy Bachman’s Icarus-esque “Undun.”)

It is, as brilliantly co-piloted by his working trio of bassist Rob Amster, drummer Willie Jones III and Elling’s creative alter ego, pianist, arranger and co-producer Laurence Hobgood (plus a spectrum of stellar guests, ranging from Christian McBride to the Yellowjackets’ Bob Mintzer), the sort of once-in-a-rare-moon creative explosion that happens when brains, guts and curiosity intersect.

Casting a sensually becalming spell with her ninth album, Lauren Henderson continues her ongoing exploration of her Latin American and Caribbean roots on La Bruja, a … END_OF_DOCUMENT_TOKEN_TO_BE_REPLACED

When trumpeter Brian Lynch released the first volume of his “Songbook” series last fall, Bus Stop Serenade, he promised more would soon be forthcoming, and … END_OF_DOCUMENT_TOKEN_TO_BE_REPLACED

Tenor titan Walt Weiskopf’s European Quartet has been together for about five years, producing several sterling albums along the way. As indicated by that growing … END_OF_DOCUMENT_TOKEN_TO_BE_REPLACED

The spell that Allison Wheeler casts with her debut album Winterspring felt more potent the third time through, and each subsequent spin deepened the reverie. A poetic … END_OF_DOCUMENT_TOKEN_TO_BE_REPLACED