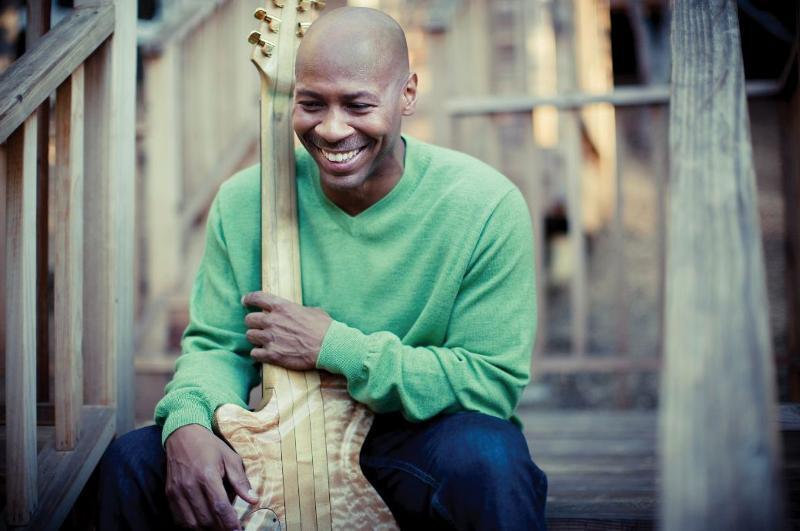 Upside of a heavy, high-profile regular gig on network television: a fat paycheck, free admission to households all across the country, more than a little bit of name recognition. Downside: little time, or incentive, really, to pursue one’s own musical projects. Eighteen years after signing on with the Tonight Show band-all but three of those years as bandleader-guitarist Kevin Eubanks has given up the sure thing in order to resume a performing and recording career in earnest.

Eubanks was last heard leading a studio session for a name label on his 1993 Spirit Talk album and its sequel; for Zen Food he reconnects with Tonight Show bandmate Marvin “Smitty” Smith, the often-explosive drummer from those albums. The two are joined by saxophonist Bill Pierce, keyboardist Gerry Etkins and bassist Rene Camacho for a set of originals that are intriguing and well played, if perhaps a little overproduced. A certain sonic slickness occasionally distracts from the impressive goings-on.

That said, the musical synchronicity on display is often dazzling, as on “6/8,” its twisting guitar riff followed by Pierce’s long notes and sprawling solo, Eubanks’ fluent turn and Smith’s extended, funky work out. There are other uptempo gems here, too, including “Das It,” a brief if fierce riff-and-roll outing, and the laidback-to-swinging “Los Angeles,” which morphs into fusion and features some of the leader’s most intense, dramatic playing.

Several pieces aren’t easily categorized. A starting-stopping guitar line centers the quick-shifting “Spider Monkey Café,” while “The Dirty Monk” floats a bit before building into a low-slung bluesy jam. The quietest, most compelling pieces here may be the acoustic-oriented ballads, including the flickering, chiming “Adoration” and “Offering,” with its oozing guitar lines, melodic theme and Etkins’ intense piano work-out. As comebacks go, this one is promising if not exactly earth-shattering.

If you’re old enough to remember the 1986 release of Argentine bandoneonist/composer Astor Piazzolla’s noirish Tango: Zero Hour, you’ll recall that its entry onto the world … END_OF_DOCUMENT_TOKEN_TO_BE_REPLACED

Many things have changed since Kind Folk formed in 2014 and launched on record with 2018’s Why Not, but the collective resolve of this quartet’s … END_OF_DOCUMENT_TOKEN_TO_BE_REPLACED

Call it the feelgood jazz-ish release of the year. Lifted, the first album from New Orleans horn man and singer Trombone Shorty in half a … END_OF_DOCUMENT_TOKEN_TO_BE_REPLACED

Although avant-garde jazz titans Chad Fowler and Matthew Shipp come from different generations, they share a common bond: the superhuman ability to speak the language … END_OF_DOCUMENT_TOKEN_TO_BE_REPLACED