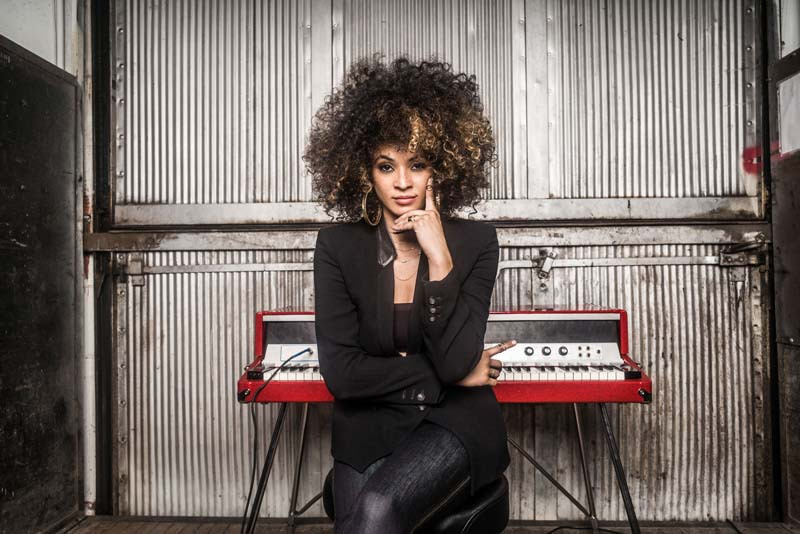 "A unique pop-jazz sound that owes no debts": Kandace Springs

Fair or not, there’s an expectation with a label as venerable as Blue Note that any new signing will be a cut above. This is especially true for vocalists. Historically, Blue Note’s roster of singers has remained consistently first-string-Sheila Jordan, Cassandra Wilson, Dianne Reeves, Kurt Elling, José James and Gregory Porter among the select few. Does 27-year-old Kandace Springs uphold so discriminating a legacy? Indeed. Mentored by Prince, the Nashville-born Springs studied the greats-Ella, Billie, Nina-but has emerged with a unique pop-jazz sound that owes no debts, a bewitching amalgam of Dusty Springfield’s caliginous, cream-filled soulfulness and Nancy Wilson’s sensual sophistication, with distinct shades of Michael Jackson.

Accompanying herself on piano, Springs is surrounded by top-drawer players including trumpeter Terence Blanchard, drummer Vinnie Colaiuta, bassist Dan Lutz, guitarists Dean Parks and Jesse Harris, organist Pete Kuzma and percussionist Pete Korpela. In Larry Klein she has been provided one of the canniest vocal producers around. Her 11-track playlist embraces an equally estimable assortment of craftspeople: Harris’ willowy “Talk to Me” and uplifting “Neither Old Nor Young”; the warm hug of Judie Tzuke’s “Place to Hide”; Shelby Lynne’s ruminative “Thought It Would Be Easier” and gently heart-wrenching “Leavin'”; plus the classic Mal Waldron title track and a serpentine cover of War’s “The World Is a Ghetto.” But Springs more than holds her own, adding four originals, including the propulsive, searching “Novocaine Heart” and, alone at the piano, the closing “Rain Falling,” a cleverly constructed ode to lasting romantic fulfillment.

Since February 2022, when Russia invaded its neighbor Ukraine, we’ve received fresh reminders of the horrors and atrocities of war. So it’s timely that the … END_OF_DOCUMENT_TOKEN_TO_BE_REPLACED

From their name to their album title and the dedications of the compositions within, WeFreeStrings takes inspiration from fearless activists. The album’s title track is … END_OF_DOCUMENT_TOKEN_TO_BE_REPLACED

Dreams—some born of illness and isolation, others bound to artistic aspirations and hope for the future—cohere to form a reality for Caili O’Doherty. Leading a … END_OF_DOCUMENT_TOKEN_TO_BE_REPLACED