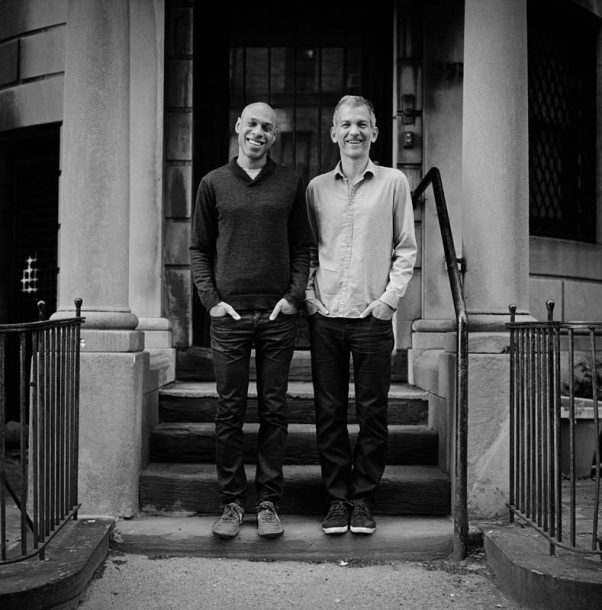 Back in a previous century, Joshua Redman was the hottest new tenor in town. He had foregone Harvard Law School to play jazz. His third album, MoodSwing, in 1994, had an unknown kid on piano. Then people began to notice that this kid could knock you right on your ass with his solos, and the rest is history. Brad Mehldau is now one of the three or four most important piano players of our time. As for Redman, his career has been so diverse and distinguished that no one regrets the loss of one lawyer.

Since MoodSwing, each has appeared once on an album by the other. Nearness is their new duo project. First, the reservations: One, the duo is a problematic format. Major exceptions notwithstanding, duos tend to turn everything contrapuntal. Musicians in duos often overplay. Paradoxically, duos feel crowded. One would have preferred a quartet here. Two, why do so many great players want to be composers? Redman’s “Mehlsancholy Mode” and Mehldau’s “Old West” are nice, forgettable tunes.

But there’s some wonderful stuff on Nearness. “Ornithology” is a vast, authoritative, detailed bop treatise. Mehldau’s “Always August” starts as a lilting series of turns for Redman’s pure, bright soprano saxophone. But the graceful piano counterline grows harder and wilder until Redman is swept up in the momentum and “Always August” becomes one of Mehldau’s signature overwhelming processionals.

The centerpiece is “The Nearness of You,” by Hoagy Carmichael, a composer if ever there was one. Mehldau accepts the melody as if reluctantly, barely touching it, then flows away with it. Redman enters, on tenor, and acknowledges the song, but so slowly and quietly he might be dreaming it. When Mehldau returns he gathers ideas with intriguing relationships to the melody, considers them, then spills them free. Remarkably, for 17 minutes, within this old sweet love song, the two keep finding new, deep emotional truths. “The Nearness of You” becomes something as profound and final as a spiritual.

Milton “Brew” Moore once opined that “Anyone who doesn’t play like Pres is wrong,” but he later realized the limitations of such a position and … END_OF_DOCUMENT_TOKEN_TO_BE_REPLACED

Since February 2022, when Russia invaded its neighbor Ukraine, we’ve received fresh reminders of the horrors and atrocities of war. So it’s timely that the … END_OF_DOCUMENT_TOKEN_TO_BE_REPLACED

From their name to their album title and the dedications of the compositions within, WeFreeStrings takes inspiration from fearless activists. The album’s title track is … END_OF_DOCUMENT_TOKEN_TO_BE_REPLACED