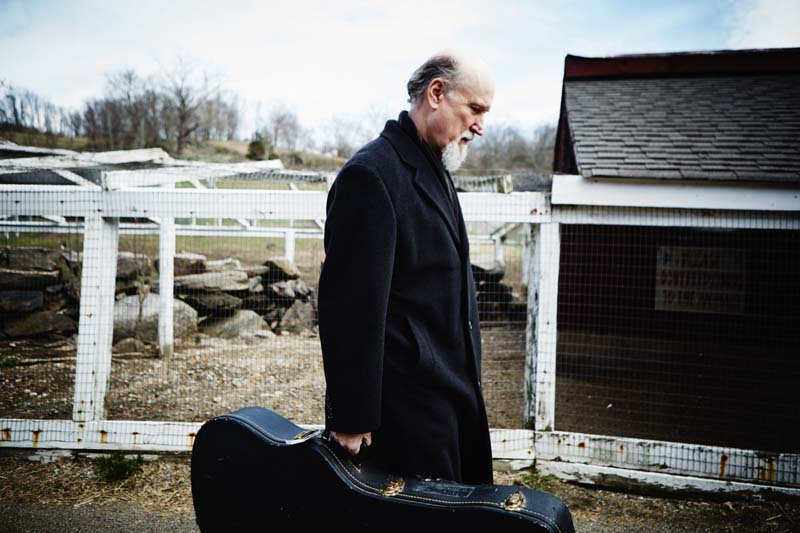 John Scofield’s latest project, a set of C&W standards, is full of surprises even if its concept might seem overdue for the guitarist, whose abiding love of American roots music is no secret. Rather than bend toward the idiom he’s exploring, as he did on the fruitful gospel exercise Piety Street, from 2009, here Scofield often pulls his chosen country classics into small-group postbop.

The results can impress and perplex at once. Why, for instance, forgo the sterling ballad temperament of “I’m So Lonesome I Could Cry” in favor of furious swing and harmonically head-scratching improvisation? Well, why not? It works, based mostly on the strength of Scofield’s nonpareil band: Larry Goldings, on Larry Young-indebted organ for this cut but also on piano elsewhere; bass guitarist Steve Swallow, his solos throughout a study in lithe storytelling; and drummer Bill Stewart, proving yet again that subtle dynamics don’t have to sacrifice intensity.

At points you giggle at the ingenuity. Dolly Parton’s hostile, heartbroken “Jolene” ends up evoking Coltrane remaking “Greensleeves.” “Wildwood Flower” retains the soft-footed pep the Carter Family intended for it. A wily arrangement of “Red River Valley” pushes unabashed rock and roll up against midtempo swing, and Shania Twain’s “You’re Still the One,” the album’s one concession to modern Nashville pop, brings to mind a vintage soul-jazz interpretation of an R&B hit. It’s all American music, in the end.

The title of this album, and the title of its first track, “Jade,” announce a clear shift in focus for vibraphonist Sasha Berliner from her … END_OF_DOCUMENT_TOKEN_TO_BE_REPLACED

Play or Die is a macabre title for this reissue by Tony Williams (1945-1997), the incredible drummer who rose to fame as a teenager with … END_OF_DOCUMENT_TOKEN_TO_BE_REPLACED

Any recording that contains a track titled “Rewind Fee” has a substantial bit of throwback in its spirit, and that’s the case with Spider Season, the … END_OF_DOCUMENT_TOKEN_TO_BE_REPLACED