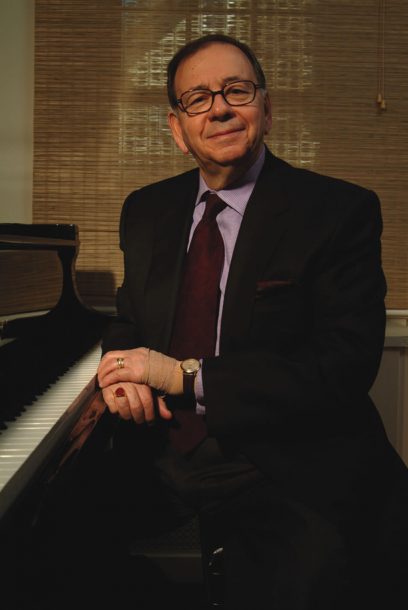 Pianist Amadie is joined by three-fifths of the Phil Woods Quintet for this date, billed as a tribute to Mel Tormé. Amadie was Tormé’s accompanist for a spell, and he has a light touch, a fine sense of melody and proportion, an inviting tone and a solid sense of swing. The estimable (and underrated) Steve Gilmore (bass) and Bill Goodwin (drums) provide him with ideal boppish rhythm support, and what can you say about the ever – masterful Woods that hasn’t been said?

Things get off to a stomping start with Amadie’s title tune. The pianist’s solo, with its clipped left-hand accents, suggests Wynton Kelly at times. “Dark Shadow,” another Amadie original, follows with Woods’ alto sweeping in romantically on the melancholy theme. Farther along, Amadie’s bright “Swinging Easy” offers Goodwin space for a dancing, bop-filled solo. Along with these and other Amadie originals, the album contains the standards “Lover, Come Back to Me,” “What Is This Thing Called Love?” and “How Deep Is the Ocean?”

Although Amadie’s ability to play for sustained periods is limited by hand, wrist and forearm problems, he certainly makes the most of his time in the studio, as evidenced by this swinging album.

Every notable jazz reissue has an intriguing backstory, right? Live at Parnell’s, documenting a week of bruising performances by late B-3 organ master Brother Jack … END_OF_DOCUMENT_TOKEN_TO_BE_REPLACED

The best live music takes you somewhere in the moment, though if we’re lucky there will be microphones on stage to capture the moments of … END_OF_DOCUMENT_TOKEN_TO_BE_REPLACED

I have friends who no longer follow the releases of ECM, believing the Munich label’s best years were in the past, when such innovative recordings … END_OF_DOCUMENT_TOKEN_TO_BE_REPLACED