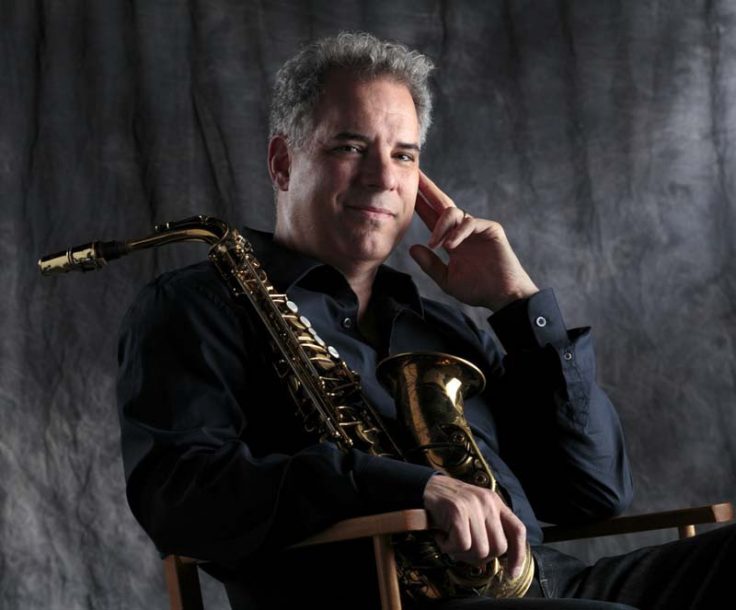 "Miles is a muse more inspirational than technical": Jim Snidero

The title means “Miles Davis 1966.” The Second Great Quintet reshaped jazz 50 years ago. Its records still sound current. Jim Snidero’s 20th recording as a leader is, approximately, a tribute album. His quintet shares some of the Davis band’s harmonic and rhythmic ambivalence. Yet the only Davis song they play is “Blue in Green,” which predates the Second Great Quintet. Davis’ ensemble never engaged in a blaring, commanding announcement like the title track here. Snidero and trumpeter Alex Sipiagin fly through the convoluted theme, locked at the hip. Rudy Royston’s drums detonate and crash like thunder. Miles played it closer to the vest.

For Snidero, Miles is a muse more inspirational than technical, a paradigm in jazz for unceasing forward exploration. MD66 is a departure. It is Snidero with the volume cranked to 11. “Recursion” is a careening waltz. Andy LaVerne’s propulsive piano launches Snidero into perhaps his most powerful solo on record, art as catharsis. “Free Beauty” is a bold venture into free improvisation. Snidero’s jagged trills and jolting intervals and oscillating runs are new forms for new emotions.

Those who know Snidero’s three recent albums with guitarist Paul Bollenback may miss his subtlety, and may also miss his pure, luxuriant alto saxophone tone. But if MD66 presents a harder, edgier Snidero, it does not lack for nuance and refinement. “Purge” and the title track are as notable for their precision as for their speed and intensity. Sipiagin is a well-chosen collaborator. He plays trumpet with a rare combination of fire and finesse.

And for those who miss the old Snidero, there is “Blue in Green.” Snidero and LaVerne, along with bassist Ugonna Okegwo, make quiet, ever-deepening spiritual disclosures on a journey through a great song’s twilight landscape. Someday Snidero should make a full-fledged Miles Davis tribute album.

Milton “Brew” Moore once opined that “Anyone who doesn’t play like Pres is wrong,” but he later realized the limitations of such a position and … END_OF_DOCUMENT_TOKEN_TO_BE_REPLACED

Since February 2022, when Russia invaded its neighbor Ukraine, we’ve received fresh reminders of the horrors and atrocities of war. So it’s timely that the … END_OF_DOCUMENT_TOKEN_TO_BE_REPLACED

From their name to their album title and the dedications of the compositions within, WeFreeStrings takes inspiration from fearless activists. The album’s title track is … END_OF_DOCUMENT_TOKEN_TO_BE_REPLACED