Skip to content
Become a member and get exclusive access to articles, live sessions and more!
Start Your Free Trial
Home > Reviews > Four in One, Heads of State > Heads of State: Four in One (Smoke Sessions) 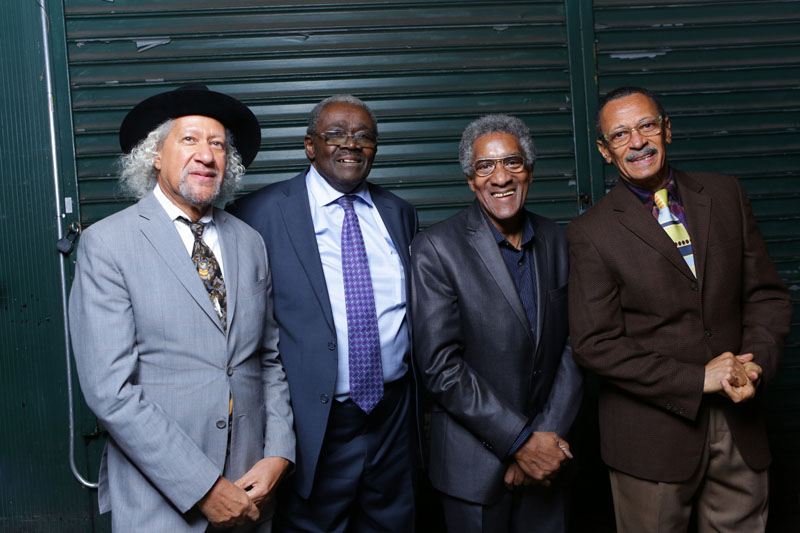 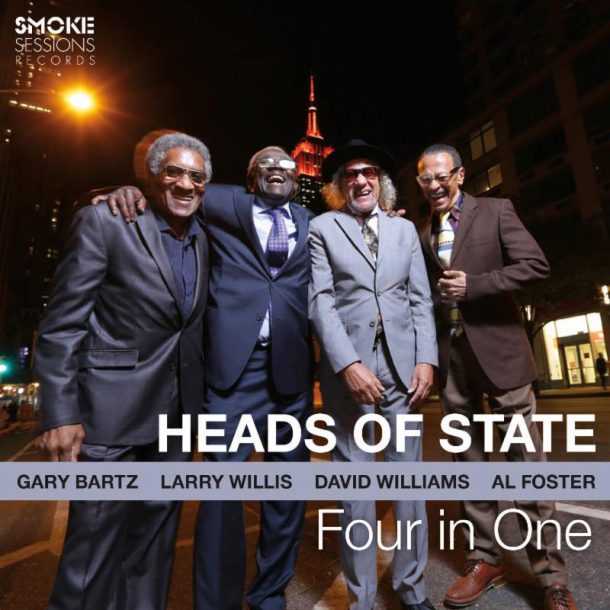 Heads of State: "Four in One"

Heads of State is saxophonist Gary Bartz, pianist Larry Willis, bassist David Williams and drummer Al Foster, a golden-ager postbop supergroup whose genesis dates back to the members’ participation in a 2014 McCoy Tyner tribute at the New York club Smoke. This is the band’s second release.

A feeling of hard-earned, almost autumnal calm permeates this set. Even on pieces that typically lend themselves to high-energy displays of virtuosity—the Monk-penned title tune and Bird’s “Moose the Mooche,” among others—Bartz utilizes a soft-edged, somewhat dry timbre that bespeaks unforced studiousness, making him sound more like an armchair philosopher than the questing adventurer. (He finally navigates more sharply edged contours on Eddie Harris’ “Freedom Jazz Dance,” the set’s closer.) Willis chords lightly but emphatically, and his single-note scatters are deft and impeccably thought-out, adding to the overall feel of focus. Williams is a deep-pocketed swinger; even his solos, as freely exploratory as they can be, adhere to the rhythmic themes he and Foster establish. The drummer, propulsive and texturally complex, nonetheless goads through understatement more than force.

The stretching out sounds more ambitious on the original compositions, one by each of the principals. To cite two: Bartz’s “And He Called Himself a Messenger” is edgily forward-driving; he rides the melody and rhythm with easygoing grace, letting the propulsive thrust carry him and laying swirls of color atop it. Willis’ ballad “The Day You Said Goodbye” is lush yet emotionally stripped down, all the more effective for its lack of sentimentality. As on the quartet’s reading of the Gershwin standard “Someone to Watch Over Me,” pathos, not bathos, is accentuated.

The title of this album, and the title of its first track, “Jade,” announce a clear shift in focus for vibraphonist Sasha Berliner from her … END_OF_DOCUMENT_TOKEN_TO_BE_REPLACED

Play or Die is a macabre title for this reissue by Tony Williams (1945-1997), the incredible drummer who rose to fame as a teenager with … END_OF_DOCUMENT_TOKEN_TO_BE_REPLACED

Any recording that contains a track titled “Rewind Fee” has a substantial bit of throwback in its spirit, and that’s the case with Spider Season, the … END_OF_DOCUMENT_TOKEN_TO_BE_REPLACED