Musicians are also usually music fans, with favorite songs and private enthusiasms that don’t always obviously connect to the music they make. Much of what’s on pianist Florian Hoefner’s personal playlist draws from folk, including what now gets called Americana, along with music from the Canadian Maritimes and even Eastern Europe.

First Spring reflects this playlist, but through a jazz filter—which means these folk-style tunes end up sounding not very folkie. That’s not to say that Hoefner, bassist Andrew Downing, and drummer Nick Fraser ignore folk tradition entirely, just that they translate it to a different medium. “Hound’s Tune,” for instance, is played Newfoundland-style, with the melody harmonized by a drone string. It’s just not played on fiddle, but by Downing’s bass—and honestly, he’s one of the few jazz bassists whose arco technique is good enough to make that trick work.

But the rest of the tune, reharmonized by Hoefner, takes on the sort of chordal cheer Darius Milhaud brought to his settings of French folk songs, an approach that leaves him plenty of room for rhythmically sprightly, harmonically uplifting improvisation. From there he adds a nice modal twist to the Scots ballad “The Maid on the Shore,” frames neo-Appalachian folkie Sam Amidon’s “Short Life” in lean, lonesome fourths, and recasts the Armenian folksong “Loosin Yelav” as a straight-ahead jazz ballad.

Through it all, Hoefner treats these tunes with respect and affection, using his arrangements to emphasize the melodic allure of the originals. But it would be hard to imagine this album having worked as well without Downing and Fraser. Downing’s big sound and expressive arco work add enormously to the album’s melodic charm, and his solo on the title tune testifies to his originality as an improviser. Fraser, who underplays better than anybody since Paul Motian, is just as impressive, adding to the momentum without drawing attention to himself. All told, First Spring makes it hard not to look forward to the following summer.

Sati, Hersch writes in his liner notes, is a word in the Pali language meaning “mindfulness” or “awareness.” The pianist’s meditations helped him through “this … END_OF_DOCUMENT_TOKEN_TO_BE_REPLACED

Guitarist/composer Dave Stryker possesses golden tone, urgent style, and the kind of heated technique that can blow the roof off any gig. Stryker cut his … END_OF_DOCUMENT_TOKEN_TO_BE_REPLACED

It’s not easy for a young German drummer to get noticed on the American jazz scene. That Mareike Wiening’s debut album Metropolis Paradise was so … END_OF_DOCUMENT_TOKEN_TO_BE_REPLACED 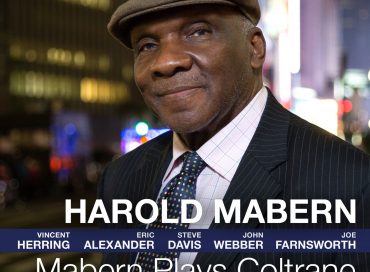 Memphis’ late great towering pianist Harold Mabern had it all down cold. Whether it was the many shades of bop, the varied hues of the … END_OF_DOCUMENT_TOKEN_TO_BE_REPLACED