With Alice Coltrane and Sun Ra as her instigators, and Roy Ayers and The Aura Will Prevail-era George Duke as her sustenance, British multi-instrumentalist, producer, and home-studio wizard Emma-Jean Thackray has created a debut album that’s a cosmic-funk treatise. Forged by sampling and collaging her four-piece band’s live performances, then adding her multitracked vocals and further instrumentation, Yellow is an irresistible deep dive into one woman’s recontextualization of jazz past, present, and future.

Thackray studied with renowned pianist/composer Keith Tippett at the Royal Welsh College of Music and Drama, then undertook her master’s at Trinity College alongside musicians Moses Boyd and Nubya Garcia. But Yellow resides in a world beyond anyone in the currently overflowing London jazz scene—or the U.S. one, for that matter. Like DJ Shadow’s Endtroducing, Geoff Barrow’s work with Portishead, or Brian Wilson’s Pet Sounds, the album is a comprehensive work sprung from the mind of a uniquely gifted individual. Many have attempted this kind of time-traveling jazz fission; Thackray succeeds.

Opener “Mercury” infers ominous vistas via rumbling drums, atmospheric Rhodes piano, space-traveling synth, and recurring bass. Four-on-the-floor funk and chorus vocals join in the disco-hypnotic “Say Something,” leading to the rubato-to-swing juncture “About That,” the sassy P-Funkish “Venus,” the Bluey-inspired “Third Eye,” and the slow-motion vocal atmospherics of “Golden Green.” It all culminates in the album’s brief but powerful centerpiece, “Spectre.”

Chanting of a ghostly home invasion over minimalist electric bass, Thackray slowly unfolds a string part that recalls a Venus flytrap suffocating its victim. This engrossing orchestral amalgam rises, falls, bends, and melts, with her soothing vocal—“There’s a specter in my house, but he doesn’t see me”—the only sign of security. Yellow brings an enormous talent and concept to fruition. 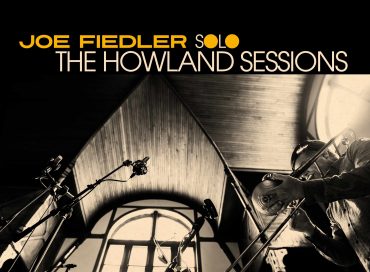 The word “funky” does not get applied to a solo horn album very often. Yet a low-down groove runs through “The Jack Rabbit,” the opening … END_OF_DOCUMENT_TOKEN_TO_BE_REPLACED

A San Francisco Bay Area mainstay, vocalist Roberta Donnay has earned an avid following over the past quarter-century with a repertoire focusing on pre-bop treasures. … END_OF_DOCUMENT_TOKEN_TO_BE_REPLACED

Roy Eldridge’s name on this disc is a bit of a red herring. The trumpeter plays the first two songs, accompanied by the same band … END_OF_DOCUMENT_TOKEN_TO_BE_REPLACED