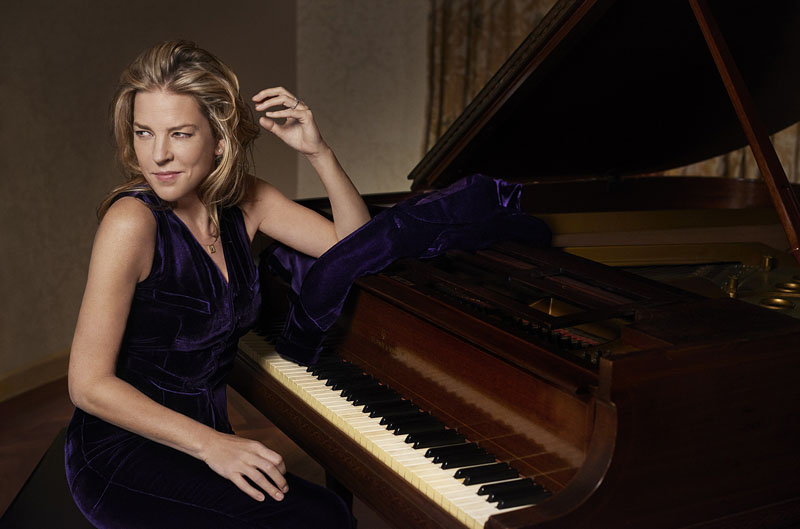 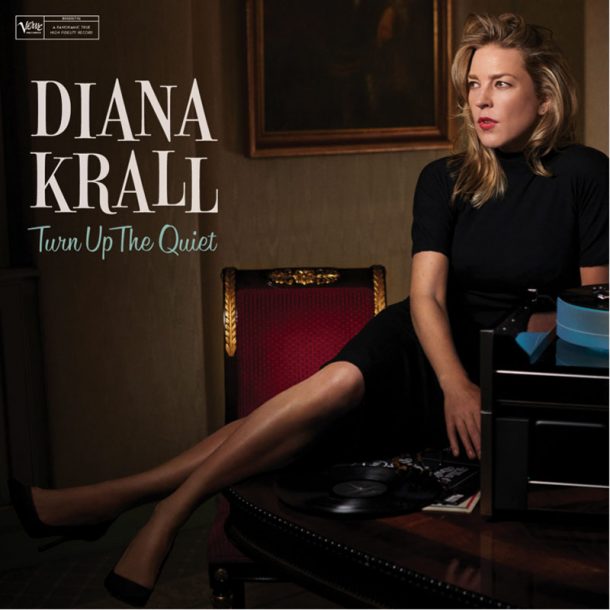 Diana Krall: "Turn Up the Quiet"

The album title is lifted from Paul Williams’ English lyric for Ivan Lins’ “Love Dance”—not one of the 11 standards filling Turn Up the Quiet, but an utterly fitting sentiment for this cashmere-soft collection. Playing and singing on all tracks and reunited with co-producer Tommy LiPuma, who died weeks before the project’s release, Diana Krall is in the mellowest of moods. She rarely raises her voice above a whisper, her self-accompaniment equally restrained. Even tunes typically handled with plenty of zest and verve—“Blue Skies,” “L-O-V-E,” “Sway”—are winningly tempered. Vocally she’s grown a shade duskier, a degree or two grainier and, in the process, more enticing, more alluring.

As Krall’s repose remains a constant (with a slight lift for the closing “I’ll See You in My Dreams,” delightfully inspirited by fiddler Stuart Duncan), joining her are alternating configurations of top-drawer bandmates. A core trio with Christian McBride (bass) and Russell Malone (guitar) is key to that gently ebullient “Blue Skies” and a gorgeously ruminative drift through “Dream.” There’s a quartet with Anthony Wilson (guitar), John Clayton (bass) and Jeff Hamilton (drums) that shapes the lust-fueled “Sway,” and a quintet with Duncan, drummer Karriem Riggins, bassist Tony Garnier and guitarist Marc Ribot that is essential to a deeply sensual “Moonglow.” Each group is unique in its approach, but the bespoke elegance, the understated potency of the musicianship, never varies.

No one can accuse Dave Douglas of pandering to mainstream interests. Among his primary inspirations for Secular Psalms is the Ghent Altarpiece (a.k.a. The Adoration … END_OF_DOCUMENT_TOKEN_TO_BE_REPLACED

For those who love low woodwinds, Brian Landrus has become a steadfast champion. Few musicians this side of Harry Carney have specialized in bass clarinet … END_OF_DOCUMENT_TOKEN_TO_BE_REPLACED

Vocalist Naima Shamborguer has been an illuminating presence on Detroit’s jazz scene for decades, elevating standards with her richly textured voice and classically trained ear. … END_OF_DOCUMENT_TOKEN_TO_BE_REPLACED

Aaron Seeber’s cymbals don’t mix—at least not in this mix. As presented in audio by the drummer himself and co-producer Kevin Sun, the ride and … END_OF_DOCUMENT_TOKEN_TO_BE_REPLACED