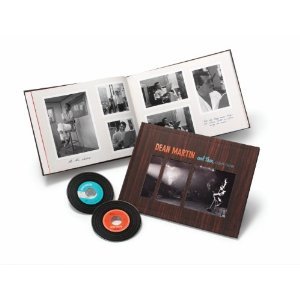 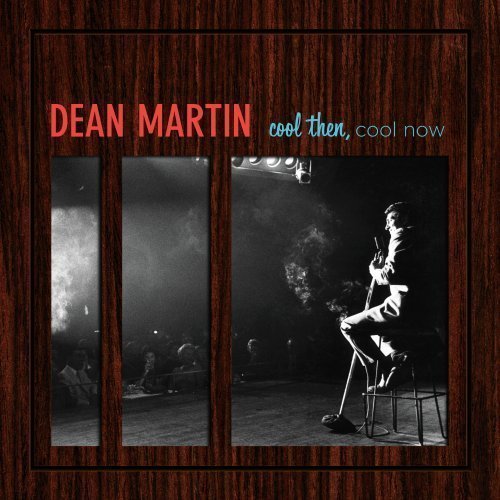 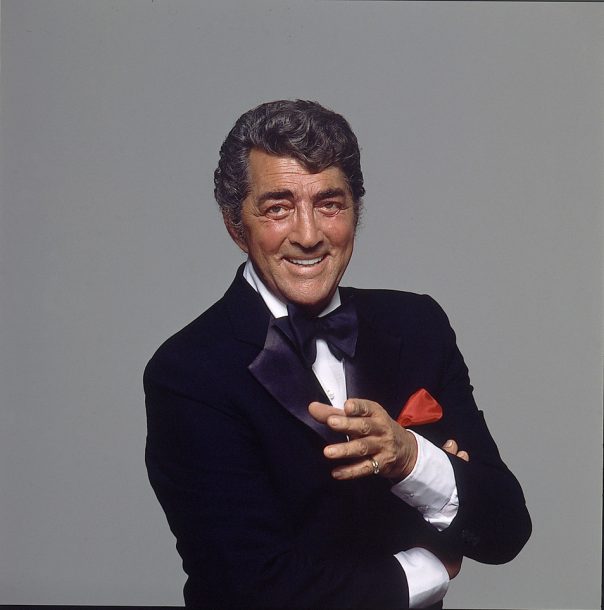 Though Sinatra was the Rat Pack’s undisputed ringleader, the pied piper of come-fly-with-me hijinks and high living, we’ve always known that Dean Martin was the coolest of that crew. Not because of the constant boozing (a well-fueled Martin myth, compared to Sinatra he was practically a teetotaler) or endless carousing (never really Martin’s scene-he preferred a night at home, preferably with a good western on the tube), but because of his utter unflappability and wicked sense of humor. Dino was, history suggests, also the coolest of dads. His three marriages resulted in no fewer than eight kids -a boy and three girls while wed to Betty; two more boys and another girl with Jeanne; and adopted daughter Sasha from his final marriage to Catherine.

Which makes the arrival of the new Martin book/CD combo, Cool Then, Cool Now (Hip-O Select) just in time for Father’s Day rather synchronistic (and, no doubt, calculatedly so). Typical of Hip-O project, the packaging is pretty nifty. Shaped like a vintage family photo album, it is, in fact, precisely that. The slim volume includes 49 pages of photos, showing Martin at work and at play, but focusing on his home life, with more than two-dozen images (many of them published for the first time) of Dean as doting papa.

Completing the package are two CDs, covering 28 tracks, which constitute less a ‘greatest hits’ collection (there are dozens of those around already) and more a career-spanning sampler. Though iconic early hits from Martin’s Capitol years, including “Memories Are Made of This” and “That’s Amore,” are part of the playlist, the emphasis is weighed heavily toward the Reprise years of the 1960s. “Everybody Loves Somebody” is, of course, included, as are such familiar selections as “You’re Nobody Till Somebody Loves You,” “Welcome to My World,” “(Open Up the Door) Let the Good Times In” and “Little Ole Wine Drinker Me.”

Throughout the Reprise years (which largely coincided with the top-rated run of The Dean Martin Show, an ideal place for Martin to plug each new record), Martin showed a particular predilection for songs about guys who were down on their luck (yet, more often than not, sunnily optimistic). This oddly endearing sub-genre is here represented by “Bummin’ Around” and “King of the Road.”

There are also a handful of rarities, notably “Who’s Got the Action?” (from 1962) and “Five Card Stud” (1968), which were both originally released only as 45s and seldom show up on Martin compilations.

Finally, there are two duets of the sort pioneered by Natalie Cole in 1991 when she added her vocals to her long-deceased father’s recording of “Unforgettable.” The first finds Dean in the company of Spacey on “Ain’t That A Kick In the Head.” Spacey, who portrayed Bobby Darin in the 2004 biopic Beyond the Sea (which he also directed and co-wrote), adds some distinctly Darin-esque patter to the track. Better, though, is Robbie Williams’ additions to Martin’s 1960 recordings of “Please Don’t Talk About Me When I’m Gone.” Of course, Williams has had plenty of practice. His terrific 2001 release Swing While You’re Winning paid tribute to Martin and his ilk, and featured Williams’ “partnering” with Sinatra on his 1965 recording of “It Was A Very Good Year.”

For true Martin-philes, Cool Then, Cool Now is little more than a fun, cleverly concocted novelty. But for this just discovering Dino’s über-coolness, it makes for a dandy intro.

In other Martin news, this week also marks the release from Time-Life of a 6-DVD retrospective of The Dean Martin Show, featuring 20 complete episodes culled from throughout the variety series’ nine-season run and featuring guest appearances by Sinatra, Tony Bennett, Peggy Lee, Duke Ellington, Lena Horne and dozens more.

If you’d like to share your comments about Dean Martin, or have suggestions for future installments of Hearing Voices, please email [email protected]

Charnett Moffett takes his responsibilities as a leader—and New Love is the 17th album putting him in that position—quite literally. Approaching his fretless electric bass … END_OF_DOCUMENT_TOKEN_TO_BE_REPLACED

This two-CD set comes from the archives of the Left Bank Jazz Society. From the mid-1960s into the 1980s, this organization presented Sunday concerts at … END_OF_DOCUMENT_TOKEN_TO_BE_REPLACED

As a bandleader, Orrin Evans seems remarkably egoless. He doesn’t write to showcase his instrumental gifts, or turn solos into marathons; hell, he doesn’t even … END_OF_DOCUMENT_TOKEN_TO_BE_REPLACED

The success of Magic Dance is fueled by the capable execution of three brainstorms from Rhode Island hard-bop stalwart Greg Abate. The first was deciding … END_OF_DOCUMENT_TOKEN_TO_BE_REPLACED