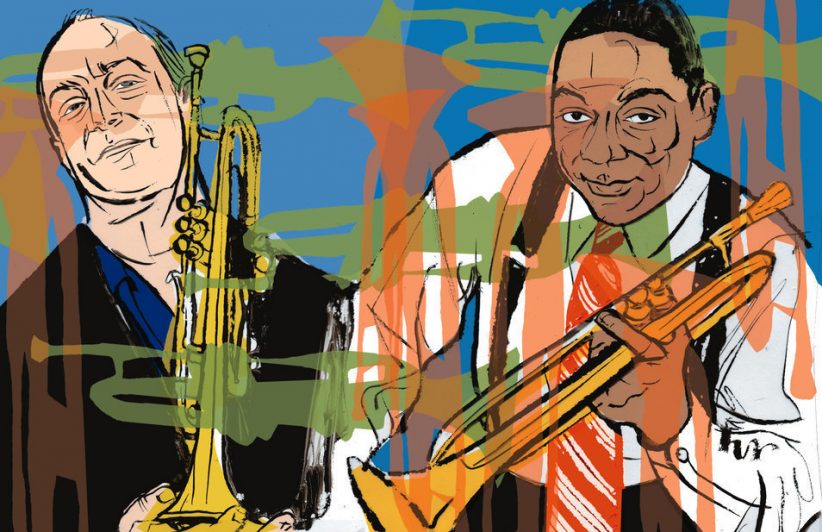 “Comparisons,” both Shakespeare and Jonathan Swift said, “are odious.” When it comes to Dave Douglas and Wynton Marsalis, they are also unavoidable. Douglas and Marsalis are the two most prominent trumpet players in jazz, but their renown is of two different orders.

Douglas, now 40, is a foot soldier in the jazz wars, a working-class hero who has gigged and recorded all over the world with the famous and the obscure from every nook and cranny of jazz. Don Byron’s klezmer band. European outcats. Girl singers. Lebanese oud players. Dance companies. Joe Lovano. John Zorn’s Masada. Between 1993 and 2000 he recorded a widely admired series of albums on small labels that touched genres from free-bop to postmodern chamber music to “jazz-Balkan improv.”

With an album title like Zoot Suit Funk, Gayelynn McKinney makes her aim clear. There’s hardly a tune here that doesn’t give you the urge … END_OF_DOCUMENT_TOKEN_TO_BE_REPLACED

Philadelphia tenor and bass saxophonist Charlie Ventura was a hot dog. Along with possessing a great honk, he tried to make bop into a national … END_OF_DOCUMENT_TOKEN_TO_BE_REPLACED

Every Mosaic Records release is for the niche jazz obsessive, but The Complete 1975 Toronto Recordings is both more niche and more obsessive than most. … END_OF_DOCUMENT_TOKEN_TO_BE_REPLACED