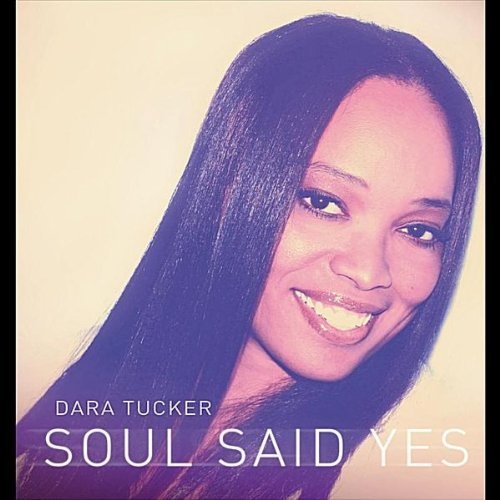 Oklahoman Dara Tucker was barely old enough to speak when she first learned about harmony, teamed with her six siblings and placed in front of a church mic by her minister father. Gospel was the music of choice in the Tucker household, and mama Tucker was a gifted practitioner. But young Dara was also allowed to listen to secular music, developing a fondness for Broadway tunes and the great pop-jazz vocalists-Sinatra, Bennett, Clooney, Cole. Music as a vocation was not, however, anywhere on her radar. At university she majored in International Business and German. Meanwhile, her appreciation of top-flight vocalists broadened to include Ella Fitzgerald, Sarah Vaughan and her personal favorite, Mel Tormé.

Tucker briefly joined the nine-to-five world as a corporate language trainer, but a study sojourn to Switzerland ignited a new passion: songwriting. Determined to carve a new path as a singer-songwriter, Tucker relocated to Nashville six years ago. Her debut CD, All Right Now, released at the beginning of 2009, cautiously clung to the safety of an all-standards playlist, but revealed a vocalist who blended the soulful creaminess of Nancy Wilson with the sass ‘n’ grit of Dinah Washington. Impressively wide-ranging in its approaches to such vintage material, All Right Now showed Tucker to particularly strong advantage on a steamy, samba-fueled “On the Street Where You Live” and a dark, prowling “What Is This Thing Called Love.”

Now, with the release of Soul Said Yes (Watchman Music), Tucker’s wider craftsmanship is revealed. Standards remain her trump suit, filling half of the album’s dozen tracks. Again the treatments are-excepting a “Pure Imagination” that is a shade too urgently strident, spoiling the delicate tune’s incandescent quality -strikingly original, ranging from the clouded silkiness of “Easy to Love” (where Tucker’s stylistic kinship to Wilson is most startlingly evident) and gentle perplexity of “Body and Soul” (its stark beauty realized by showcasing Tucker against the backdrop of Paul Horton’s solo piano) to the easy-flowing, deeply sensual, propulsion of “Poinciana.”

The balance of the album, six richly varied tracks (four featuring Charlie Hunter on 6- and 7-string guitar), allows Tucker to revisit her gospel roots, explore the work of more contemporary composers and exhibit her own, considerable songwriting skills. Soul master Hamilton Bohannon’s “Save My Soul,” arranged by Tucker and combined with her own “Soul Said Yes,” is transformed into a first-rate, electrified, Sunday-come-to-meeting rhythm fest. Likewise, Mahalia Jackson’s signature “I Will Move On Up a Little Higher,” again arranged by Tucker, is superbly funkified. The quiet majesty of Tracy Chapman’s ode to inner truth, “All You Have Is Your Soul,” is gorgeously realized, with Tucker’s crystalline vocal backed solely by James DaSilva’s acoustic guitar. Sade’s “Stronger Than Pride, expertly re-imagined by bassist Greg Bryant (also the album’s producer), is affectively floated across a hypnotically soulful groove line.

Two Tucker originals complete the playlist. The gently percolated “Partly Cloudy” cleverly examines a one-vibrant relationship that, thanks to hard-won revelation, is growing increasingly dim. Equally fine, and somewhat thematically akin, is “The Space,” a free-floating affirmation of individual strength in the face of false, depersonalizing expectations.

Soul Said Yes and All Right Now are both currently available from Amazon, CD Baby and iTunes.

If you’re old enough to remember the 1986 release of Argentine bandoneonist/composer Astor Piazzolla’s noirish Tango: Zero Hour, you’ll recall that its entry onto the world … END_OF_DOCUMENT_TOKEN_TO_BE_REPLACED

Many things have changed since Kind Folk formed in 2014 and launched on record with 2018’s Why Not, but the collective resolve of this quartet’s … END_OF_DOCUMENT_TOKEN_TO_BE_REPLACED

Call it the feelgood jazz-ish release of the year. Lifted, the first album from New Orleans horn man and singer Trombone Shorty in half a … END_OF_DOCUMENT_TOKEN_TO_BE_REPLACED

Although avant-garde jazz titans Chad Fowler and Matthew Shipp come from different generations, they share a common bond: the superhuman ability to speak the language … END_OF_DOCUMENT_TOKEN_TO_BE_REPLACED