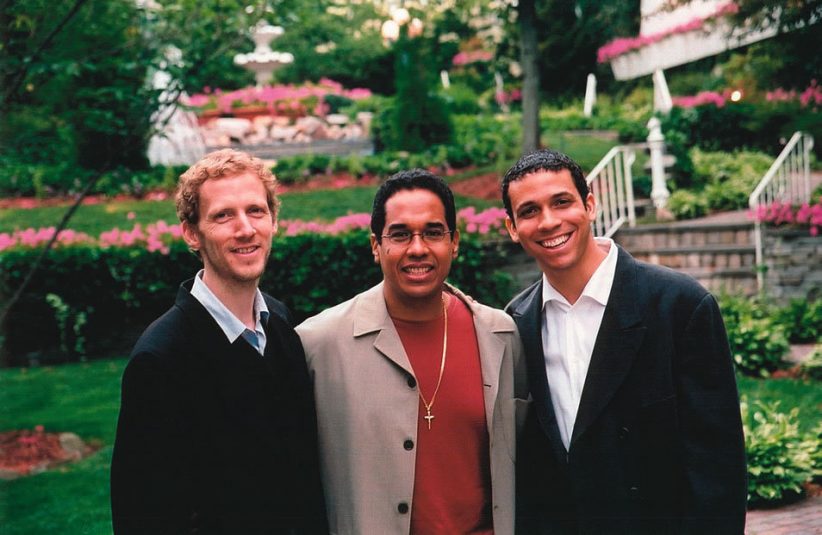 Jumping from Verve to the increasingly popular ArtistShare platform, pianist Danilo Perez documents his working trio with bassist Ben Street and drummer Adam Cruz with this crisp live date, performed in Glenview, Ill., in 2003. The CD includes worthy readings of “Overjoyed,” “Rado de Nube,” “Paula C” and the Perez-penned “Native Soul” (which were all on Perez’s last studio album, Till Then), along with incendiary versions of Monk’s “We See” and “Monk’s Dream.” (“We See” is followed by the far longer “Epilogo,” which sounds quite like a blowing spree on the “We See” changes.) Perez is one of the most brilliant Monk interpreters, and this is the most satisfying evidence since his Panamonk album from 1996, though Perez’s 2000 trio outing with Roy Haynes and John Patitucci (under Haynes’ name) also deserves mention.

“Metropolis” and “Unseen Hands” are short, fairly abstract episodes cowritten by the trio. “Cancion de Cuna” is a piano and bass footnote in the same mold. Street steps forward as a composer with the modernistic ballad “Furrows.” And Perez stamps “New Born” with his distinctive Latin-based jazz internationalism.

With the firmness of his keyboard attack and the limitlessness of his rhythmic and harmonic fancy, Perez has the stuff of a still-forming giant. This trio allows him to thrive.

Every notable jazz reissue has an intriguing backstory, right? Live at Parnell’s, documenting a week of bruising performances by late B-3 organ master Brother Jack … END_OF_DOCUMENT_TOKEN_TO_BE_REPLACED

The best live music takes you somewhere in the moment, though if we’re lucky there will be microphones on stage to capture the moments of … END_OF_DOCUMENT_TOKEN_TO_BE_REPLACED

I have friends who no longer follow the releases of ECM, believing the Munich label’s best years were in the past, when such innovative recordings … END_OF_DOCUMENT_TOKEN_TO_BE_REPLACED