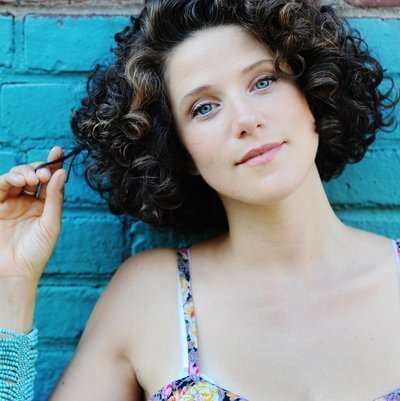 It’s impossible to not be charmed by French moppet Cyrille Aimée and her infectious joie de vivre. Her footloose curiosity has resulted in a slew of indie and self-produced recordings, many hard to find. It’s a Good Day, brimming with Aimée’s ebullience, is being billed as her major-label debut. It was in fact recorded over a year ago and, with a slightly different track list, released by Victor in Japan. Mack Avenue, as part of a three-album deal with Aimée, has licensed it for the American market.

Though Aimée’s previous discs featured everything from big bands to horn-fueled combos, she has a particular penchant for guitarists (her longtime hero is Django Reinhardt). That passion is brought to heightened fervor here via three distinctly gifted axmen: French-Italian Michael Valeanu on electric guitar, Gypsy-influenced Frenchman Adrien Moignard on steel-string and Brazil’s Guilherme Monteiro on nylon-string. According to Aimée, the goal, magnificently achieved, was “to create a roadmap for each guitar to make the sound beautiful and exciting, without creating a musical traffic jam.”

The clever program blends standards with pert originals in English and French, and Aimée adds a musing reading of Michael Jackson’s “Off the Wall,” the sweet, tender “All Love” (composed by Django’s son Babik Reinhardt, with lyrics by Aimée) and a buoyant, wordless ramble across Oscar Pettiford’s “Tricrotism,” solely propelled by bassist Sam Anning. Sadly absent from the U.S. release, however, is her cunningly furtive take on the Doors’ “People Are Strange.”

The title of this album, and the title of its first track, “Jade,” announce a clear shift in focus for vibraphonist Sasha Berliner from her … END_OF_DOCUMENT_TOKEN_TO_BE_REPLACED

Play or Die is a macabre title for this reissue by Tony Williams (1945-1997), the incredible drummer who rose to fame as a teenager with … END_OF_DOCUMENT_TOKEN_TO_BE_REPLACED

Any recording that contains a track titled “Rewind Fee” has a substantial bit of throwback in its spirit, and that’s the case with Spider Season, the … END_OF_DOCUMENT_TOKEN_TO_BE_REPLACED