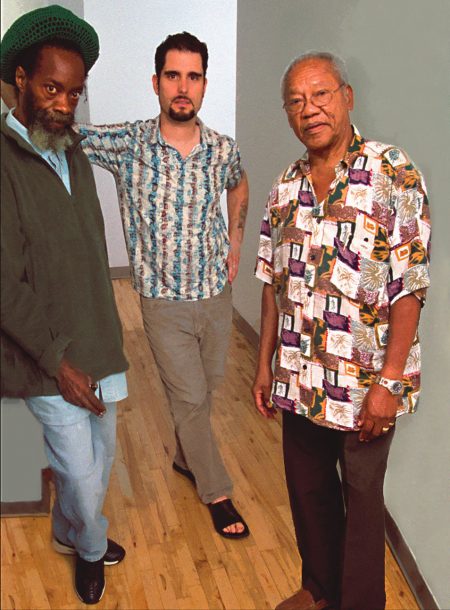 Smith’s nylon-string acoustic guitar provides a nice tonal contrast to Hunter’s nasty tremolo-effected chordal work on “Long Bay,” “I’ve Got the Handle” and a cover of Eddie Brickell’s “What I Am.” Ranglin’s rapid-fire single note flurries on electric guitar spice up tracks like Hunter’s “Mestre’ Tata” and an infectious one-drop interpretation of McCoy Tyner’s “Passion Dance,” while he reveals his more lyrical side on the melodic reggae anthem “Rivers of Babylon.” Hunter, who had previously revealed his love of reggae on his 1997 Blue Note album Natty Dread, digs deeper here.

Vocalist Naima Shamborguer has been an illuminating presence on Detroit’s jazz scene for decades, elevating standards with her richly textured voice and classically trained ear. … END_OF_DOCUMENT_TOKEN_TO_BE_REPLACED

Aaron Seeber’s cymbals don’t mix—at least not in this mix. As presented in audio by the drummer himself and co-producer Kevin Sun, the ride and … END_OF_DOCUMENT_TOKEN_TO_BE_REPLACED

With the exception of certain legends like J.J., Kai, and Big T, trombonists tend to be the consummate outsiders of jazz; they know the rules … END_OF_DOCUMENT_TOKEN_TO_BE_REPLACED