When trumpeter Brian Lynch released the first volume of his “Songbook” series last fall, Bus Stop Serenade, he promised more would soon be forthcoming, and now he’s delivered. Like the first one, Dance the Way U Want To presents just over two hours of music. The first half consists of re-recordings of original compositions going back as far as the ’80s; the second disc is given over mainly to radio versions of the same songs.

“E.P.’s Plan B,” which leads off the set, is a new song, dedicated to Latin-jazz giant Eddie Palmieri, whom Lynch has accompanied for many years. With Alex Brown taking the piano role, Aldo Salvent on tenor saxophone, and a rhythm section of Rodner Padilla (electric bass), Hilario Bell (drums), and Murphy Aucamp’s particularly stimulating Latin percussion, Lynch is quick out of the gate with a characteristically fiery solo before giving it up to the others, each of whom, Lynch states in his liner notes, is connected to the Miami music scene.

“Change of Plan,” the next track—originally cut for his 1986 leader debut, Peer Pressure—is one of several featuring a second melody team of Tom Kelley (alto sax), Chris Thompson-Taylor (tenor sax), and Kemuel Roig (piano), with the rhythm section remaining intact. Taken at a cooler tempo, but not by much, the track brings out the more sensual side of Lynch’s blowing, although there’s still plenty of gutsiness in what he and the band have to offer.

Other tracks, among them “The Disco Godfather” and the sometimes frenetic closer “Awe Shocks” (one of three from 2005’s ConClave), realize Lynch’s goal of recontextualizing older material. The radio edits, however, seem for the most part superfluous—more new versions of old tunes would have been a more welcomed way to fill out the project.

Learn more about Songbook Vol. 2: Dance the Way U Want To on Amazon and Apple Music.

Tenor titan Walt Weiskopf’s European Quartet has been together for about five years, producing several sterling albums along the way. As indicated by that growing … END_OF_DOCUMENT_TOKEN_TO_BE_REPLACED

The spell that Allison Wheeler casts with her debut album Winterspring felt more potent the third time through, and each subsequent spin deepened the reverie. A poetic … END_OF_DOCUMENT_TOKEN_TO_BE_REPLACED

If, as he states in the album’s press materials, Geoffrey Keezer wanted Playdate to punctuate his versatility, he sure gets right down to it. A … END_OF_DOCUMENT_TOKEN_TO_BE_REPLACED 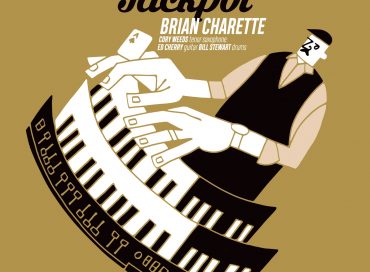