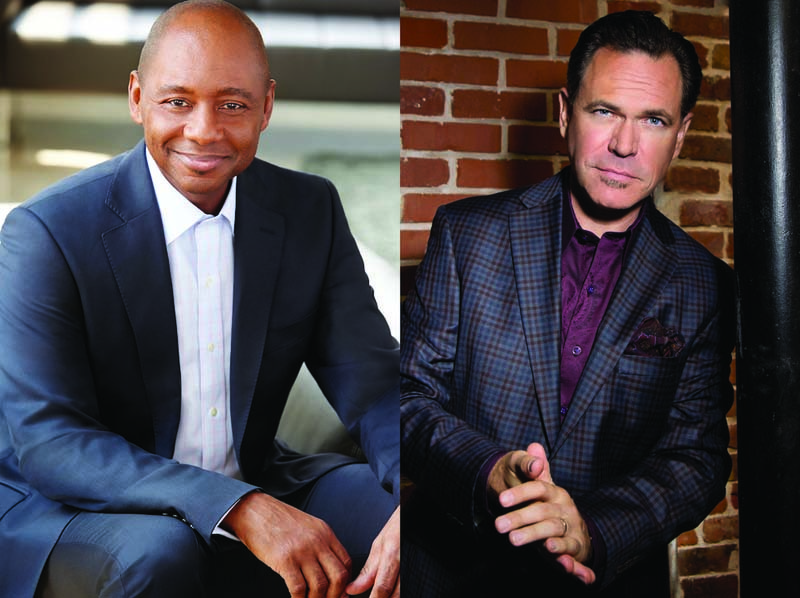 How did one of the best and most important jazz bands around-saxophonist Branford Marsalis, pianist Joey Calderazzo, bassist Eric Revis and drummer Justin Faulkner-come to unite with one of the best and most important jazz vocalists? The idea ignited when Marsalis and Kurt Elling met during the 2014 Monk competition. Two years on, immediately prior to a New Orleans recording session, Elling and the quartet shared a weekend engagement at Snug Harbor, finding their collective groove and testing various songs. That Elling becomes fully one with the group-this is truly a quintet album-is evident from the opening moments of “There’s a Boat Dat’s Leavin’ Soon for New York,” its feverish pace finally slowing as he adlibs 90 seconds of wolfish patter oozing with carnal desire.

The span of Upward Spiral’s richly diverse playlist proves as compelling as its sterling musicianship. Standards-a “Blue Gardenia” as fragile as that flower’s petals, a punchy, playful “Doxy,” a gorgeously simmered “Só Tinha de Ser Com Você,” a bruised “Blue Velvet” that, per Elling’s intent, feels haunted-commingle with Sting’s “Practical Arrangement,” Chris Whitley’s “From One Island to Another” and the twilit Fred Hersch heartbreaker “West Virginia Rose.” Additionally, Marsalis brings poet Calvin Forbes’ “Momma Said” to cacophonously angular life, and Elling teams with Marsalis to craft the sage, aching “Cassandra Song,” then with Calderazzo for the closing “The Return (Upward Spiral).” If so brilliantly cohesive an album can have an apex it’s “I’m a Fool to Want You”-Elling alone with Marsalis as they plumb its inky depths, rivaling the emotional wallop of Sinatra’s nadir-defining version.

In the early ’70s, Freddie Hubbard was paralleling Miles Davis in going electric and funky. Unlike Miles, though, Hubbard’s recordings were increasingly defined by his … END_OF_DOCUMENT_TOKEN_TO_BE_REPLACED

Milton “Brew” Moore once opined that “Anyone who doesn’t play like Pres is wrong,” but he later realized the limitations of such a position and … END_OF_DOCUMENT_TOKEN_TO_BE_REPLACED

Since February 2022, when Russia invaded its neighbor Ukraine, we’ve received fresh reminders of the horrors and atrocities of war. So it’s timely that the … END_OF_DOCUMENT_TOKEN_TO_BE_REPLACED

From their name to their album title and the dedications of the compositions within, WeFreeStrings takes inspiration from fearless activists. The album’s title track is … END_OF_DOCUMENT_TOKEN_TO_BE_REPLACED