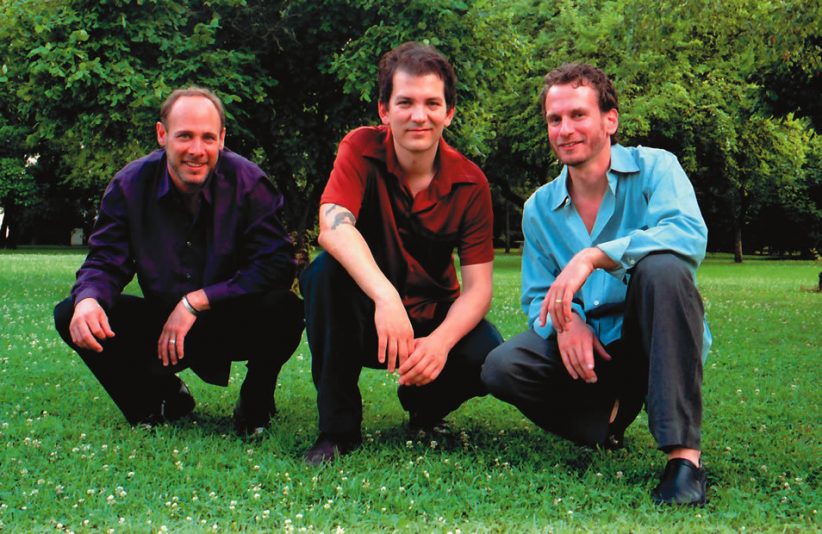 Brad Mehldau’s first trio recording for Nonesuch is also his first without Jorge Rossy at the drums. Jeff Ballard, Rossy’s replacement, is far from a stranger to Mehldau and bassist Larry Grenadier, and it isn’t surprising that a drummer this brilliant should take to the trio like a fish to water. But that’s not to say that Day Is Done lacks surprises.

The pianist gives us two new originals: “Artis,” an uptempo swinger, and “Turtle Town,” a lyrical bolero. But Mehldau continues to emphasize his personal take on the modern songbook, with new interpretations of his reigning favorites: Radiohead, Lennon and McCartney, Nick Drake and Paul Simon. With “Granada” he champions the writing of one of his most gifted peers, saxophonist Chris Cheek. With a short but scintillating “Alfie” he reasserts himself as an eloquent, unfussy ballad player. And with “No Moon at All,” a lesser-known standard, he goes out swinging. Note: If you plan to buy the album, go digital. The iTunes version includes two must-hear bonus tracks: “Viver de Amor,” a Toninho Horta gem, and “You Do Something to Me,” played fast, with a devious modulation (and, far more devious, a dropped measure) in the last eight bars of the form.

“Knives Out” brings Mehldau’s tally of Radiohead covers to four. It’s an inspired opener, with dark harmonies, irregular phrase lengths and the sort of rhythmic tension and speed that has long been a hallmark of this trio. “Martha My Dear,” the first of two late-era Beatles songs, is a playful solo-piano turn. We also hear solo piano, employed as a textural departure, during “She’s Leaving Home” and again during “50 Ways to Leave Your Lover.” Mehldau’s approach to the Paul Simon hit is complex: The feel is a funky 7/8, and the melody is stated only once (four minutes in). The solo choruses, in 18-bar A-B form, cycle through the keys of G flat, A flat and E (all minor). Amazingly, the result isn’t at all overdone. Grenadier gets it rolling with an adroit solo, and Ballard’s groove on the outro vamp is crushing.

“Day Is Done,” Mehldau’s third Nick Drake cover, isn’t much of a song, and the chord progression is trite. Mehldau opened last year’s Live in Tokyo with “Things Behind the Sun,” one of Drake’s absolute best, making “Day Is Done” that much more of a letdown. Still, the trio somewhat redeems the weak tune: Grenadier handles the initial melody, Ballard strikes up a straight-rock feel and Mehldau modulates (again!) to start his first solo chorus. The improvising is crisp, and the key change reappears as a thematic element in the coda.

Chris Cheek’s “Granada” is weightier stuff, with an interesting backstory: Mehldau played the piece on Fender Rhodes on Vine, Cheek’s marvelous Fresh Sound New Talent disc of 2000. (Jorge Rossy played drums.) Here it’s considerably slower, more luxurious. “No Moon at All” also has a history worth noting: A minor-key melody with a “Caravan”-like bridge, it was cowritten by David Mann, who also cowrote “In the Wee Small Hours of the Morning.” Joe Williams sang it with Basie in 1959. Karrin Allyson gave it a go in 1993. Randy Sandke played it fast on his 2003 release Cliffhanger, and Mulgrew Miller took the first solo. Mehldau’s midtempo version evokes last call at the bar. It’s got a timeless jazz feel, but it’s free of stock licks. That seems to be Mehldau’s goal writ large.

If you’re old enough to remember the 1986 release of Argentine bandoneonist/composer Astor Piazzolla’s noirish Tango: Zero Hour, you’ll recall that its entry onto the world … END_OF_DOCUMENT_TOKEN_TO_BE_REPLACED

Many things have changed since Kind Folk formed in 2014 and launched on record with 2018’s Why Not, but the collective resolve of this quartet’s … END_OF_DOCUMENT_TOKEN_TO_BE_REPLACED

Call it the feelgood jazz-ish release of the year. Lifted, the first album from New Orleans horn man and singer Trombone Shorty in half a … END_OF_DOCUMENT_TOKEN_TO_BE_REPLACED

Although avant-garde jazz titans Chad Fowler and Matthew Shipp come from different generations, they share a common bond: the superhuman ability to speak the language … END_OF_DOCUMENT_TOKEN_TO_BE_REPLACED