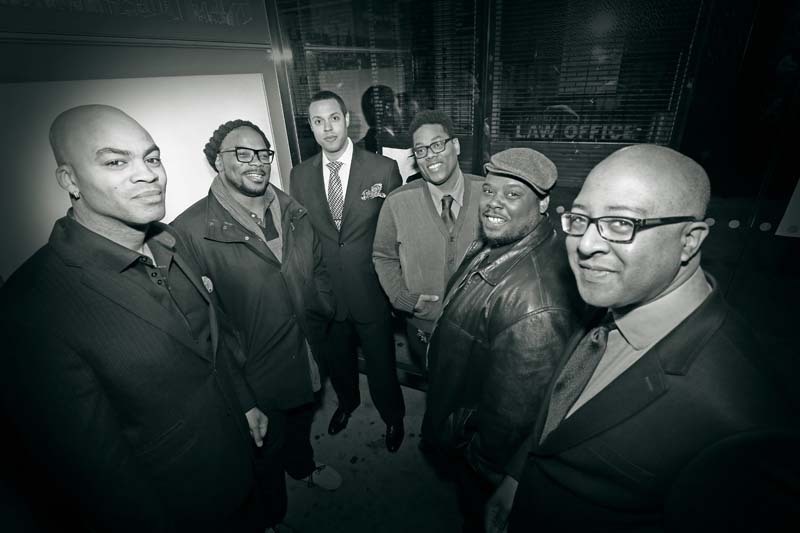 In 2016, a jazz group that celebrates its African-American identity comes out of a context different from, say, 1966. Today’s dynamic is more evolutionary than revolutionary. Two tracks on this record are dedicated to a sitting African-American president. Yet many facts on the ground have not changed that much in 50 years. Movements like Black Lives Matter, and bands like Black Art Jazz Collective, are still necessary. The struggle continues.

BAJC is Wayne Escoffery (tenor saxophone), Jeremy Pelt (trumpet), James Burton III (trombone), Xavier Davis (piano), Vicente Archer (bass) and Jonathan Blake (drums). In their debut recording, they address a wide swath of African-American experience, past and present. There are tunes inspired by Sojourner Truth and W.E.B. Du Bois as well as by Barack Obama. The jazz art form requires its practitioners to be grounded in history yet start fresh each time. The opening track, “Double Consciousness” (for Du Bois) reveals how these six guys understand that challenge. Pelt, Escoffery and Burton each take a fast, jagged pass at the theme, then blare it roughly together, then take quick turns again, in sequential eruptions. Archer and Blake are a lethal rhythm section.

BAJC is genuinely a collective. Everyone but Archer contributes well-crafted, carefully arranged tunes. Solos are democratically allocated, emerge organically and consistently hit home. Escoffery is an exciting improviser. Pelt burns his own concise complementary designs into songs like Escoffery’s “Awaiting Change,” for President Obama. Davis goes somewhere interesting and unanticipated in every solo.

One minor caveat: This album was beautifully recorded at the Side Door in Old Lyme, Ct., but only the last track, Blake’s intriguing “The Shadower,” for Joe Henderson, has an audience. Why not record the entire album live, with a full club, and capture the communal energy? BAJC should keep on. They are a cohesive band with passion and a unifying purpose.

Milton “Brew” Moore once opined that “Anyone who doesn’t play like Pres is wrong,” but he later realized the limitations of such a position and … END_OF_DOCUMENT_TOKEN_TO_BE_REPLACED

Since February 2022, when Russia invaded its neighbor Ukraine, we’ve received fresh reminders of the horrors and atrocities of war. So it’s timely that the … END_OF_DOCUMENT_TOKEN_TO_BE_REPLACED

From their name to their album title and the dedications of the compositions within, WeFreeStrings takes inspiration from fearless activists. The album’s title track is … END_OF_DOCUMENT_TOKEN_TO_BE_REPLACED