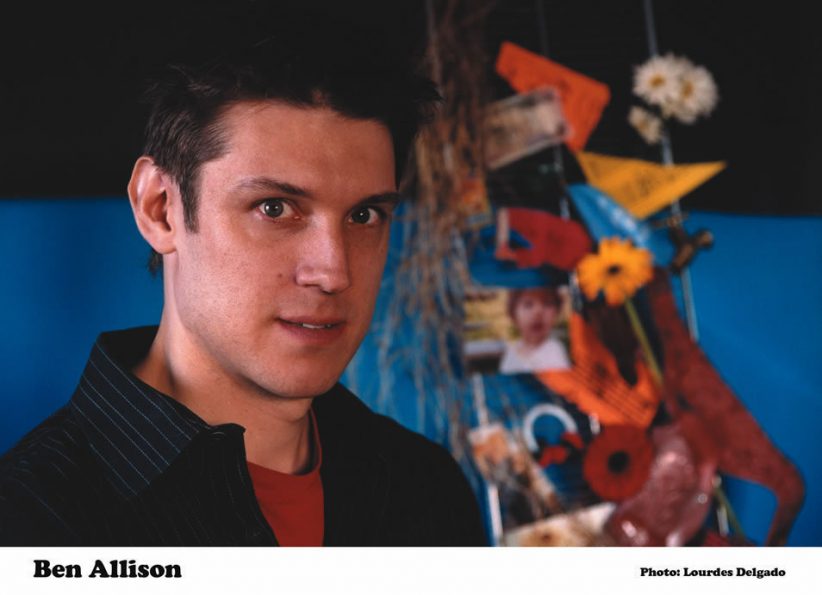 If you listened only to the first and final tracks of bassist-composer Ben Allison’s new album, Think Free, you might have good reason to assume that Allison-who has experimented with more chamber-esque music in the past-is in hot pursuit of a new pop-jazz aesthetic for the ’00s. The opener, “Fred,” proceeds over a pleasing backbeat with a tune of bittersweet cheer and pop-hook-like charm, laid out in savory textures by violinist Jenny Scheinman and trumpeter Shane Endsley. To close the album, “Green Al” is, as you might surmise from the title, a sly, soul-ish song, with winking quotes from John Barry’s haunting “Midnight Cowboy” theme.

Alas, those bookends are actually deceptively straight items on a project full of left turns, funny metric math problems, and harmonic and structural sensibilities that complicate the pop factor (even though that factor hovers over the project’s entirety). More progressive notions filter into the album’s mix starting with track two, “Platypus,” marked by the intricate 7/8 groove of drummer Rudy Royston, or the floating and dislodging rhythmic feels on “Sleeping Giant,” which also features an inventive solo-with and without a mute-by Endsley.

Solo-wise, the nimble and always interesting guitarist Steve Cardenas takes the most conventional spotlight turns while Scheinman veers toward the conceptual, as with her percolations on the African-flavored “Peace Pipe” or her turn on “Kramer vs. Kramer vs. Godzilla” (which, despite the cheeky title, sports Allison’s slight, melancholic melodic touch). Allison himself works in some brief moments of solo spotlight but mostly keeps his mind and ears on the conceptual clock, working and re-working his twin relationships with the muses of pop and jazz.

Vocalist Naima Shamborguer has been an illuminating presence on Detroit’s jazz scene for decades, elevating standards with her richly textured voice and classically trained ear. … END_OF_DOCUMENT_TOKEN_TO_BE_REPLACED

Aaron Seeber’s cymbals don’t mix—at least not in this mix. As presented in audio by the drummer himself and co-producer Kevin Sun, the ride and … END_OF_DOCUMENT_TOKEN_TO_BE_REPLACED

With the exception of certain legends like J.J., Kai, and Big T, trombonists tend to be the consummate outsiders of jazz; they know the rules … END_OF_DOCUMENT_TOKEN_TO_BE_REPLACED