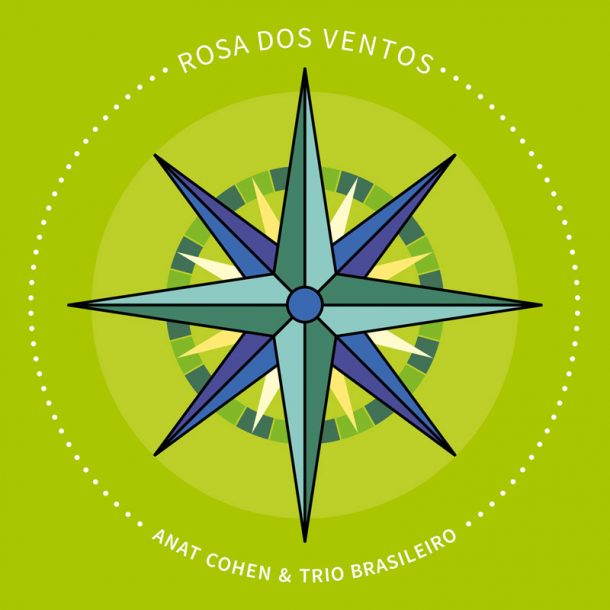 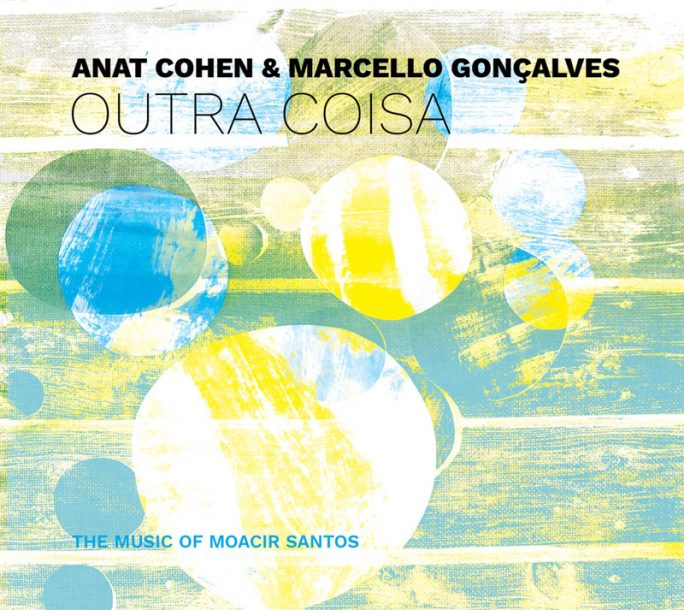 Clarinetist Anat Cohen continues her fertile embrace of Brazilian music on this pair of simultaneously released records. As with Alegria Da Casa, her 2015 debut collaboration with Trio Brasileiro, Rosa Dos Ventos revels in the lively, ragtime-oriented alacrity of Brazilian choro music. This time, however, the quartet pushes the boundaries, relying on all originals for a program that features compositions from every band member. Along with the choros, they sidle into a pensive “Flamenco” devoid of stereotypical pyrotechnics and immerse themselves in the sinuous Hindustani drone of “O Ocidente Que se Oriente.” Rest assured there are plenty of dovetailed exchanges too: The stylistic and tonal contrasts between the seven-string guitar of Douglas Lora and the 10-string, mandolin-like bandolim of Dudu Maia propel Cohen toward some irresistibly sweet clarinet passages, tweaked with piquant asides and improvisation. Alexandre Lora adds “hand pans” and other percussion to the tambourine-like pandeiro common to choro, taking the prevailing churn in a slightly more rock-oriented direction. The consistent, dexterous mastery displayed on these dozen songs feels fresh but not at all experimental.

Outra Coisa honors the compositions of Moacir Santos, a 20th-century Brazilian contemporary of Antonio Carlos Jobim and João Gilberto who moved to Los Angeles in the 1960s to work on film scores. He wrote primarily for large ensembles, and seven-string guitarist Marcello Gonçalves has done a remarkable job miniaturizing the arrangements for duet interplay. Gonçalves is equally impressive instrumentally, whether energetically conversing with Cohen on “Amphibious,” serving as the de facto bassist on the quiet “Coisa No. 1,” delivering great textural variation on “Coisa No. 6” or generating tension with a strong, electrified lead on Santos’ most renowned composition, “Nanã (Coisa No. 5).” Cohen’s cooing clarinet on “Oduduá” and “Paraiso” reminds us of her knack for mellifluous balladry, and she is a perceptively sensitive duet partner throughout, beautifully underscoring the saudade of “Coisa No. 9,” spicing up “Mãe Iracema” with a modulated vamp, and dancing in call-and-response with Gonçalves on “Maracatucute.”

Outra Coisa delivers the sort of fragrant mood music you might expect from a guitar-clarinet revue of a Brazilian composer. Rosa Dos Ventos takes more chances and offers up greater variation via four musicians playing original material. Fans of Anat Cohen’s past Brazilian discography will delight in both.

Vocalist Naima Shamborguer has been an illuminating presence on Detroit’s jazz scene for decades, elevating standards with her richly textured voice and classically trained ear. … END_OF_DOCUMENT_TOKEN_TO_BE_REPLACED

Aaron Seeber’s cymbals don’t mix—at least not in this mix. As presented in audio by the drummer himself and co-producer Kevin Sun, the ride and … END_OF_DOCUMENT_TOKEN_TO_BE_REPLACED

With the exception of certain legends like J.J., Kai, and Big T, trombonists tend to be the consummate outsiders of jazz; they know the rules … END_OF_DOCUMENT_TOKEN_TO_BE_REPLACED