Skip to content
Become a member and get exclusive access to articles, live sessions and more!
Start Your Free Trial
Home > News > Yusef Lateef and Adam Rudolph: The Garden of Collaboration 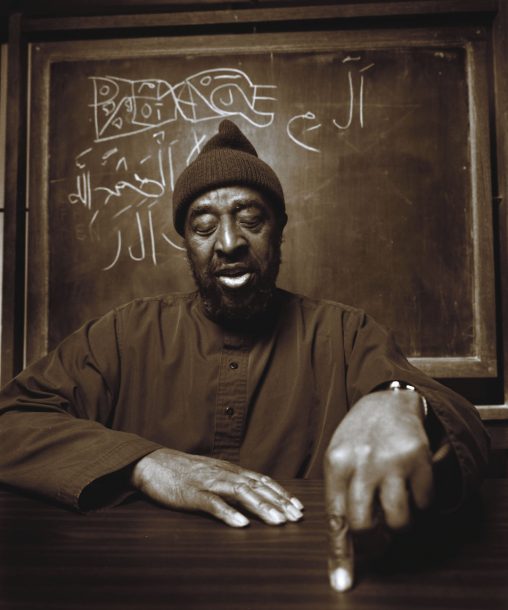 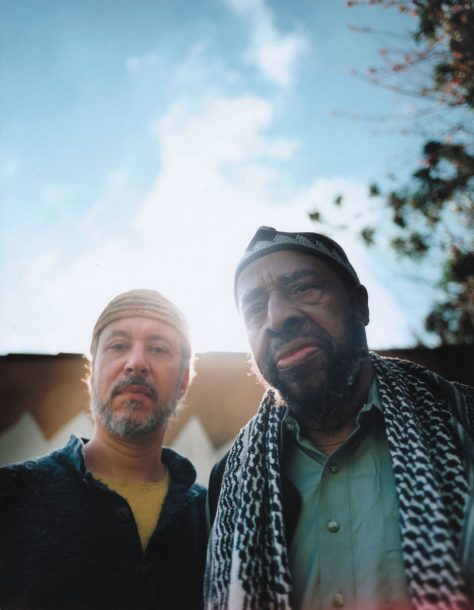 In the minds of many jazz fans, the name Yusef Lateef belongs to a certain era. His name seems tied to names like Dizzy Gillespie, Cannonball Adderley and Clark Terry-musicians who all shared the stage with him. He’s remembered as an upper-rung bopper and expansive thinker who knew his way around a tenor sax, but whose odd behavior for the time included oboes and reed flutes on bandstands and eastern scales and modes in bop tunes.

The scholarly, avuncular Lateef of the present-just retired this year after more than 60 years of performance and many years as a teacher at Amherst College-has lasted long enough to see his world-music ideas slide into the jazz mainstream, but he’s hardly willing to ease into history.

In fact, his 70s may have been the busiest decade of Lateef’s life.

He founded his own record label, YAL, and continued to pursue a line of improvisational and compositional inquiry he feels stretches back to his earliest days as a musician. For much of this active, autumnal time, Lateef-now in his 80s-maintained a steady partnership with percussionist and composer Adam Rudolph, several decades Lateef’s junior.

Rudolph has performed with Lateef countless times as a duo, and Rudolph’s percussion turns up on many of Lateef’s own records. So naturally when it came time to record Rudolph’s percussion-heavy large group ensemble, GO: Organic Orchestra, he would place Lateef’s multi-instrumentalism at its center. Rudolph and Lateef have developed a compositional style together, one that mixes tone rows and interval-based improvisation with Indian and African rhythms. On In the Garden (Meta/YAL), the sprawling, at times unruly ensemble takes these elements and, with help from Rudolph who serves as conductor, folds them into Rudolph’s dense rhythmic cells. Despite the sheer size of the project, Rudolph keeps the music surprisingly focused. That may be because, in part, he still thinks of this music as a mediated Lateef-Rudolph duet.

“In a way, it was like our duo, except that instead of playing percussion, the orchestra was an extension of me,” Rudolph says. “I was improvising with him as the conductor. Being familiar with his language, I was able to extend that into the orchestration.”

Rudolph and Lateef have collaborated on larger-scale projects before, and in unorthodox ways. For a previous recording, The World at Peace, the two would set some basic ground rules-time signature, tempo-and then basically split the writing in two.

Rudolph would write for one set of instruments, Lateef would write for the other, and only after they finished would they conjoin the two parts. On another project, they actually wrote alternate halves of single bars of music. “And it’s worked,” Rudolph says, still sounding a little surprised about it. “Sometimes we come up with stuff that’s so fresh. We tried to bring that particular dynamic into this latest record.”

“What I’m doing now is an evolution of what came before,” Lateef says. “It’s like a continuum, and I tend to be an evolutionist.”

Fans of Lateef’s earlier work might be hard pressed to connect Lateef’s early-’60s sound to the halting, spare, rhythmic tenor they hear on In the Garden. This Lateef clearly listened to the free jazz players who followed his generation. As Lateef points out, however, he is not an advocate of total freedom. He derives his solos directly from the intervalic structure he and Rudolph built into the music.

“John Coltrane said that ‘Knowledge will set you free,'” Lateef says. “The idea of freedom is good, but without the means of projecting freedom, nothing happens. That’s why I believe that this knowledge of intervals, and different sets of intervals at any given moment, gives me the ability to move in the real sense of freedom.”

The music for and concept behind the three-year-old GO: Organic Orchestra may have largely come from Rudolph, but the percussionist admits that Lateef’s ideas have permeated his thinking. “He’s opened me up to so many ways of thinking about scales, intervals and compositional processes-things that go back to the time he was spending with Coltrane and Eric Dolphy,” Rudolph says. “This investigation-the spirit of being studious, being a student of music-I think that’s what keeps him vital. It’s what keeps him so innovative and alive.”

The least-known persons on the stage on Oct. 29 at the Kodak Theatre in Hollywood were a trio of young trumpet players: Jean Gaze from … END_OF_DOCUMENT_TOKEN_TO_BE_REPLACED

There are important jazz musicians who are more talked and read about than actually heard, and one is Albert Ayler. He did not record extensively. … END_OF_DOCUMENT_TOKEN_TO_BE_REPLACED

There’s something about cities that have distinct musical traditions within them,” says Aaron Levinson, producer of The Harlem Experiment. “It’s not an accident.” With both … END_OF_DOCUMENT_TOKEN_TO_BE_REPLACED

Marchel Ivery, a tenor saxophonist based in the Dallas area, died in his hometown on October 30th after a short illness. He was 69. Although … END_OF_DOCUMENT_TOKEN_TO_BE_REPLACED