Skip to content
Become a member and get exclusive access to articles, live sessions and more!
Start Your Free Trial
Home > News > The Harlem Experiment: A Harlem State Of Mind 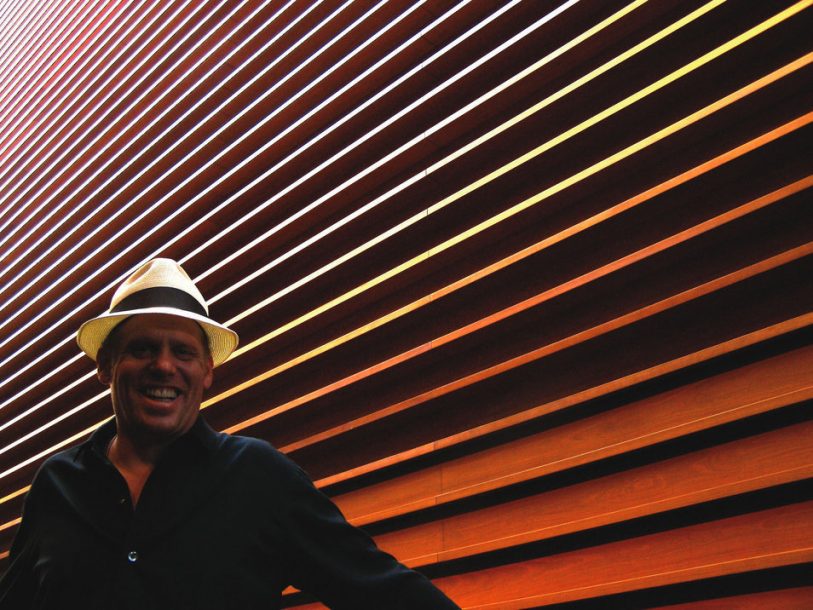 There’s something about cities that have distinct musical traditions within them,” says Aaron Levinson, producer of The Harlem Experiment. “It’s not an accident.”

With both his Spanish Harlem Orchestra and as producer of Ropeadope’s The Philadelphia Experiment (2001) and The Detroit Experiment (2003), Levinson has spent almost a decade exploring these distinct traditions, bringing together musicians and artists with geographic connections who might have otherwise never gotten the chance, or even the thought, to collaborate. Levinson’s jazz fantasy league has already teamed drummer Ahmir “?uestlove” Thompson of the Roots with fellow Illadelphian Christian McBride and Regina Carter with Bennie Maupin.

The Harlem Experiment “all-star” house band features the continuing project’s most diverse group of musicians: trumpeter Steve Bernstein, keyboardist Eddie Martinez, bassist Ruben Rodriguez, drummer Steve Berrios and, remarkably, both Carlos Alomar, an architect of the modern rock guitar making his jazz debut, and Don Byron, who lends his clarinet to the record’s surprising klezmer contribution, “Bei Mir Bist Du Schoen.” It all sounds very good on paper, but with that many egos and very little time, the responsibility is on Levinson to ensure his chemistry project doesn’t blow up the studio.

“I’ve never been on a record like this,” says Bernstein, “and I make a lot of records. It has a different kind of groove to it than most of the records I’m on and it’s a crazy collection of people from all different worlds.”

“It’s always a record where I ask people to come in and do their thing, but I always look to choose people whose spirit is such that you know they are going to bring love,” says Levinson. “They’re all virtuosos, but more importantly they’re open people, and when you work with cats on that level, you plug in, you get the sounds right, you hit record and these motherfuckers are gonna do it. It makes my job very easy.”

With a track listing as schizophrenic as the neighborhood itself, including everything from a gentle acoustic reading of “A Rose in Spanish Harlem” to Taj Mahal’s interpretation of Cab Calloway’s “Reefer Man,” The Harlem Experiment reflects that diverse cultural history, serving as both a tribute to the neighborhood and a potential soundtrack to its young renaissance.

“I think we’ve hit on The Harlem Experiment at a special time” says Levinson. “The neighborhood itself is experiencing a great creative resurgence and a renewed sense of its importance in the development of American music.”

muMs, the acclaimed spoken word poet perhaps best known for his character “Poet” on HBO’s Oz, is an integral part of that creative resurgence: an artist who respects the deep and important history of the community but understands an opportunity now exists for the new generation to make its own statement.

“My mother said to me, ‘Why you wanna move back to Harlem? We moved here from Harlem!’ But the concentration of people fuels my writing,” says muMs, whose contributing performances on the Experiment are nothing short of brilliant. “The one thing I didn’t want to do was a throwback to old Harlem. We all respect and honor the old jazz artists, but I wanted to do something with jazz that hadn’t been done before. I come from a hip-hop perspective so I’ve always likened a good MC to a good saxophonist, like a Coltrane or Cannonball Adderley, that freedom to move.”

Indeed, if there is an evolution to be found through each of the Experiment records, the difference with The Harlem Experiment is the human voice. The album features an eclectic assortment of guest vocal contributions from Queen Esther, James Hunter, Taj Mahal and Olu Dara, but it’s muMs whose spoken-word performances provide the album with its emotional authority and essential narrative thread. Among these performances is an astonishing piece entitled “Lil’ Bit,” the tragic story of a single mother so desperate to succeed as a rapper she’s forced to allow her desire to exceed her love for the art.

“Harlem is in a resurgence, but I didn’t want the record to somehow be considered cloying or sweetened,” explains Levinson. “muMs was like the astringent, the lime being squeezed into the thing to say, ‘There are still desperate people with heartbreaking stories to tell.’ And muMs did that in a way that was both unapologetic and almost supernaturally sympathetic. The record would not have been the same without him.”

Levinson and Ropeadope are already considering potential cities for their next Experiment record, hoping to take the project international and record in Kingston, Jamaica, or even Montreal. Still, it’s hard to imagine they’ll find a city, let alone a neighborhood, that will provide the same inspiration as Harlem.

Says Levinson: “At the end of the day, The Harlem Experiment was a love letter. I don’t think you can argue that Harlem has given more to American culture than anywhere in the world. There’s no other place that can even rival it.”

The least-known persons on the stage on Oct. 29 at the Kodak Theatre in Hollywood were a trio of young trumpet players: Jean Gaze from … END_OF_DOCUMENT_TOKEN_TO_BE_REPLACED

There are important jazz musicians who are more talked and read about than actually heard, and one is Albert Ayler. He did not record extensively. … END_OF_DOCUMENT_TOKEN_TO_BE_REPLACED

Marchel Ivery, a tenor saxophonist based in the Dallas area, died in his hometown on October 30th after a short illness. He was 69. Although … END_OF_DOCUMENT_TOKEN_TO_BE_REPLACED