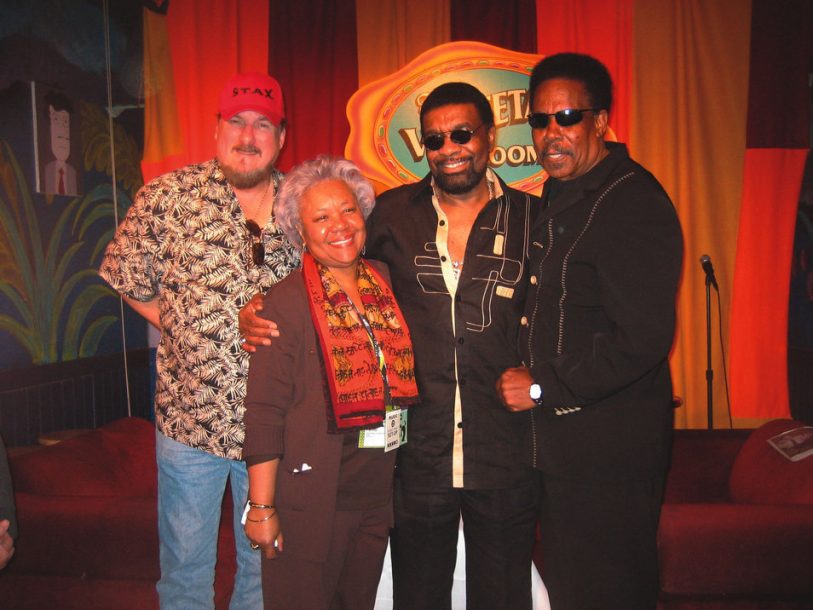 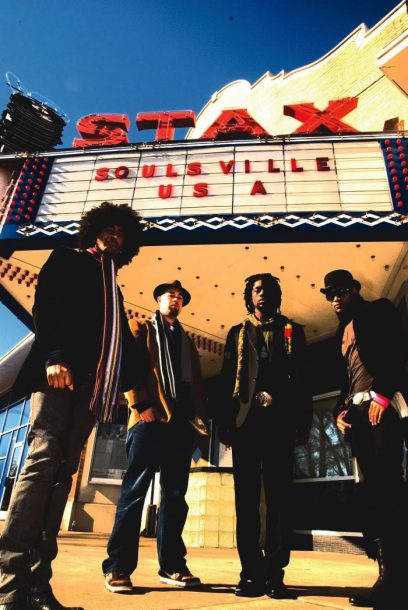 Forget the freshly minted buzz bands: One of the biggest draws at this year’s South by Southwest music conference in Austin was a jam-packed tribute to a record label that shuttered its doors in 1975. But when Booker T. & the MG’s, Isaac Hayes, Eddie Floyd and William Bell reunited at the storied Antone’s nightclub in March, it wasn’t just to show the young’uns what real soul music was all about. The R&B legends were there to celebrate both the 50th anniversary and the reactivation of Stax Records, the Memphis-based institution that released their biggest hits and made stars out of Otis Redding, Sam & Dave, Rufus and Carla Thomas, Johnnie Taylor, Albert King and other powerhouses of ’60s and ’70s black music.

The Stax trademark was acquired by the Concord Music Group in 2004 as part of its purchase of Fantasy Records. Concord, known primarily as a jazz label, inherited all Stax music recorded between June 1968 and the label’s demise. The earlier sides, originally distributed by Atlantic, are now controlled by Rhino, but for its maiden release, Concord cross-licensed the key pre-Fantasy tracks and issued the two-disc, 50-track Stax 50th Anniversary Celebration, a hits collection that presents a concise but far-reaching overview of Stax’s entire history.

Over the next several months, Stax will launch a vigorous reissue campaign incorporating both best-ofs and classic individual albums. Expanded additions, including a three-CD upgrade of the 1972 concert film soundtrack Wattstax, and DVDs are also on the boards. The latter category is expected to include a new documentary account of the Stax years, Respect Yourself (named after the 1971 Staple Singers hit), co-directed by Memphis music historian Robert Gordon and Emmy-winner Morgan Neville. The program will air on PBS stations before heading to retail.

But equally newsworthy is that the brand is being reborn, according to Concord’s Senior Vice President of Strategic Marketing, Robert Smith, “as a contemporary soul label that carries forth the legacy and the tradition of Stax.”

Angie Stone, Lalah Hathaway and Leon Ware are among the first signings to the new Stax, and Hayes, one of Stax’s most successful artists and in-house songwriters, was back in the studio this spring cutting his first new album for the label in decades. First out of the box, in March, was Interpretations, a tribute to Earth, Wind & Fire’s Maurice White, who never recorded for Stax but was a Memphis native. The 10-song set features covers of EWF material by Chaka Khan, Kirk Franklin, Musiq Soulchild and others.

“Stax,” says Smith, “was an amazing artist-centric label that combined rock, funk, gospel, soul and country. And as such it has a unique place. We believe that there should be a contemporary label for artists to make great soul records.”

One person who couldn’t be more thrilled about the resurrection is Deanie Parker, who joined the Stax staff in 1961 and was employed in a number of capacities, including director of publicity. More recently, Parker served as president and CEO of the Soulsville Foundation, the nonprofit organization that built-on the exact footprint of the old Stax headquarters at 926 E. McLemore Ave. in Memphis-the Stax Museum of American Soul Music and the Stax Music Academy.

“People are ready now to hear songs that sound different, messages that are simple, lyrics that are reasonably clean, and real singers and real musicians,” she says. “The record companies have been putting out garbage, quantity as opposed to quality.”

Smith cites No Place Like Soul, the forthcoming release by the organ-trio-turned-R&B-outfit Soulive, as a perfect example of where the new Stax is heading. “They have a soul-jazz-funk style, and a new vocalist, and the record is really interesting,” he says. “The adventurous, artistically free, funky side of Stax historically lends itself to signing artists like Soulive, who defy an easy definition.”

Whether Stax will ever again become the force it was during the Civil Rights era remains to be seen, but Smith is confident that the label will find its niche. “You establish an identity through the artists you sign and the records you put out,” he says. “Stax is one of those rare music brands that means something. It’s hard to describe but when you see it or hear it you just know it.”

The least-known persons on the stage on Oct. 29 at the Kodak Theatre in Hollywood were a trio of young trumpet players: Jean Gaze from … END_OF_DOCUMENT_TOKEN_TO_BE_REPLACED

There are important jazz musicians who are more talked and read about than actually heard, and one is Albert Ayler. He did not record extensively. … END_OF_DOCUMENT_TOKEN_TO_BE_REPLACED

There’s something about cities that have distinct musical traditions within them,” says Aaron Levinson, producer of The Harlem Experiment. “It’s not an accident.” With both … END_OF_DOCUMENT_TOKEN_TO_BE_REPLACED

Marchel Ivery, a tenor saxophonist based in the Dallas area, died in his hometown on October 30th after a short illness. He was 69. Although … END_OF_DOCUMENT_TOKEN_TO_BE_REPLACED