Skip to content
Become a member and get exclusive access to articles, live sessions and more!
Start Your Free Trial
Home > News > Robert Mugge’s New Orleans Music in Exile: After the Storm 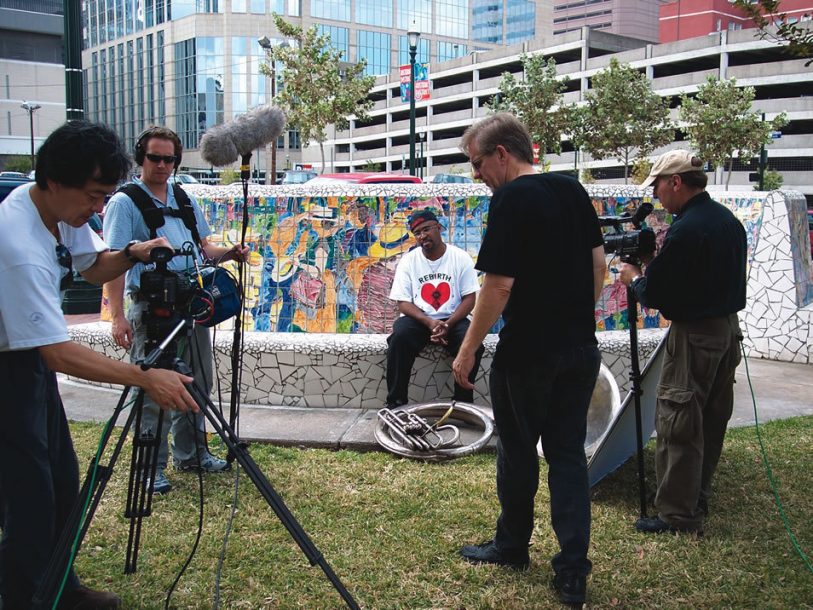 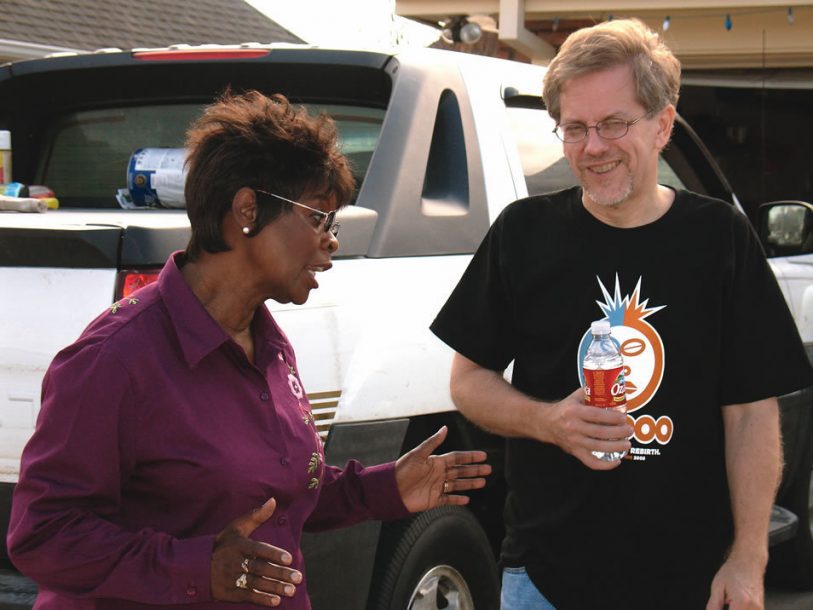 Irma Thomas with Robert Mugge outside her club, The Lion's Den.

Over the past 25 years, documentary filmmaker Robert Mugge has established himself as the foremost chronicler of American music, hailed for his insightful portrayals of such enigmatic figures as Sun Ra (A Joyful Noise), Gil Scott-Heron (Black Wax) and Sonny Rollins (Saxophone Colossus). He also created sympathetic documentaries on various roots music scenes, including Deep Blues, The Kingdom of Zydeco and Last of the Mississippi Jukes. With his latest project, New Orleans Music in Exile, Mugge and his crew focus on musicians who evacuated the Crescent City for higher ground in the face of Hurricane Katrina.

Within days after Katrina leveled New Orleans in late August 2005, Mugge’s documentarian instincts kicked in: “I was immediately in touch with the Starz Entertainment Group saying, ‘There’s an incredible story here. It’s maybe as big a music-related story as has happened in our lifetimes. Here is arguably our most important city, culturally speaking, lying to a great extent in ruins. There’s a real question whether government and others are going to rise to the task to save it and to save this culture. And we have the opportunity to get right in there now and tell this story.'”

Mugge, who was living in Jackson, Miss., when Katrina hit, was able to persuade Starz to finance the project. (The cable TV channel had previously aired Last of the Mississippi Jukes.) By late October he began filming in Memphis, where several New Orleans bands had gathered to perform at the Voodoo Festival, an annual Crescent City bash that was relocated at the last minute to AutoZone Park in Memphis.

“Being in Memphis for Voodoo Fest gave us the opportunity to have a lot of these scattered artists coming back into one place where we could film them in performance and interview them,” says Mugge. “So we went from there to several days in New Orleans, then off to Lafayette, Houston and Austin, then back to New Orleans, where we finished up.”

Mugge shot all of his footage over an intensive two-and-a-half-week period from late October to early November, with the exception of a Dr. John interview and performance that were filmed later at the Keswick Theater in Philadelphia. In the course of his two-hour documentary, Mugge follows New Orleans soul queen Irma Thomas as she surveys the damage to her popular nightclub, the Lion’s Den Lounge. He also films New Orleans pianist Eddie Bo investigating the wreckage of his Check Your Bucket coffee shop. “It was so sad,” says Mugge. “The air was really toxic in some of those places because they hadn’t been aired out and the water had gotten up pretty high in there, so the mold was growing wild everywhere. We had to wear masks while we were filming everything.”

Mugge’s crew catches up with Cyril Neville of the Neville Brothers in Austin, where he is now in residence at Threadgill’s nightclub. They filmed the Iguanas in their host city, where they now play regularly at the Continental Club. Trumpeter Kermit Ruffins was interviewed at the Red Cat Jazz Cafe, his new base in Houston, while Cowboy Mouth and World Leader Pretend were captured in concert at the Voodoo Festival in Memphis.

In Houston, the filmmakers also interviewed Phil Frazier, leader of the ReBirth Brass Band. In New Orleans, Mugge interviewed pianist Jon Cleary, who details his own rite of passage upon returning to the Crescent City in the wake of Katrina. On the “up” side, Mugge filmed a small group of hearty locals dancing at the Maple Leaf to the group Papa Grows Funk-a celebratory scene that captures a spark of hope in the face of such utter despair.

“There’s a real dichotomy of emotions throughout the film because that’s how these people are functioning down there,” says Mugge. “They’re going between pain and depression on one hand and sometimes absurd hope-but hope nonetheless-that they’ll bring the city back, bring the music back and bring their own lives back on track as well. And in some ways, things are flourishing a little bit more in the city now than when we shot in late October into mid-November. But in many other respects, it’s scary how much hasn’t changed at all. Many of these neighborhoods still don’t have power or water, no mail delivery, no phone service. So it’s gonna be such a long haul to bring things back 100 percent.”

He adds, “If they ever find that they have any money left for restoring New Orleans and the rest of the region, after totally dismantling the nation’s budget through the war in Iraq, maybe there will be some good reasons for optimism. But right now it’s just a mess down there.”

Other key interviewees in New Orleans Music in Exile include WWOZ general manager David Freedman, who likens post-Katrina New Orleans to “an amputee with phantom memory,” and Off Beat magazine publisher Jan Ramsey, who opines, “I don’t think the musical traditions of New Orleans will ever die but the intensity of the music is going to be diluted.”

In one telling sequence, Mugge intercuts concert footage of Dr. John performing “Walk on Gilded Splinters” with footage from a day of the dead voodoo ceremony, which serves as a potent metaphor. “I had this sense, coming down to New Orleans, that I was seeing a body that had lost its spirit and the people were trying to get that spirit back,” says Mugge. “And to a great extent music was that spirit. Maybe it’s not the whole thing but certainly, metaphorically speaking, it is that spirit. And in telling the story of these exiled musicians we get the larger story of what has been lost here.

“In fact, it was a help to me being able to focus on music and musicians because the story of what happened to New Orleans and what people are trying to do to bring it back is so huge that there’s just sort of no way to tell the whole thing,” he continues. “But by focusing on some musicians, it gave me a way to tell this part of the story and through that hint at the bigger picture.”

The least-known persons on the stage on Oct. 29 at the Kodak Theatre in Hollywood were a trio of young trumpet players: Jean Gaze from … END_OF_DOCUMENT_TOKEN_TO_BE_REPLACED

There are important jazz musicians who are more talked and read about than actually heard, and one is Albert Ayler. He did not record extensively. … END_OF_DOCUMENT_TOKEN_TO_BE_REPLACED

There’s something about cities that have distinct musical traditions within them,” says Aaron Levinson, producer of The Harlem Experiment. “It’s not an accident.” With both … END_OF_DOCUMENT_TOKEN_TO_BE_REPLACED

Marchel Ivery, a tenor saxophonist based in the Dallas area, died in his hometown on October 30th after a short illness. He was 69. Although … END_OF_DOCUMENT_TOKEN_TO_BE_REPLACED