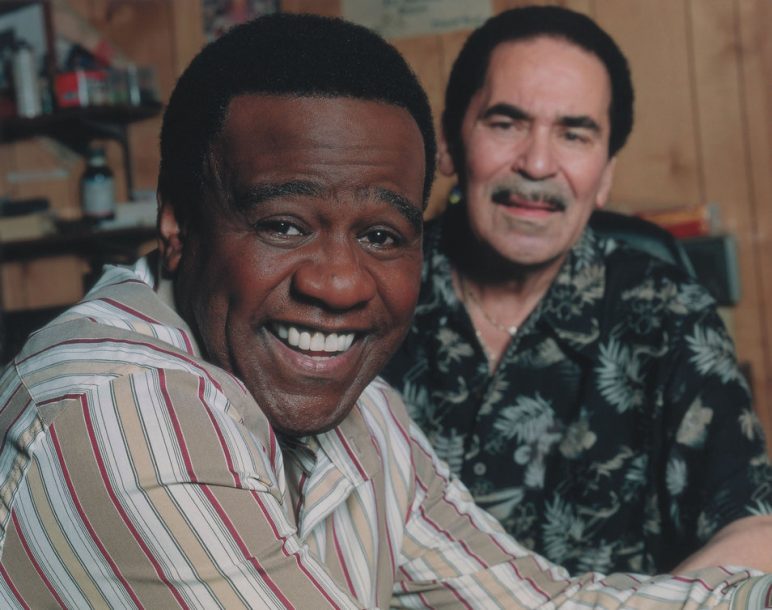 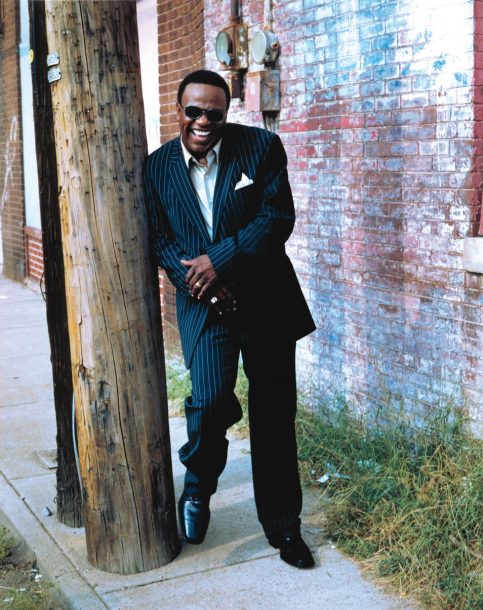 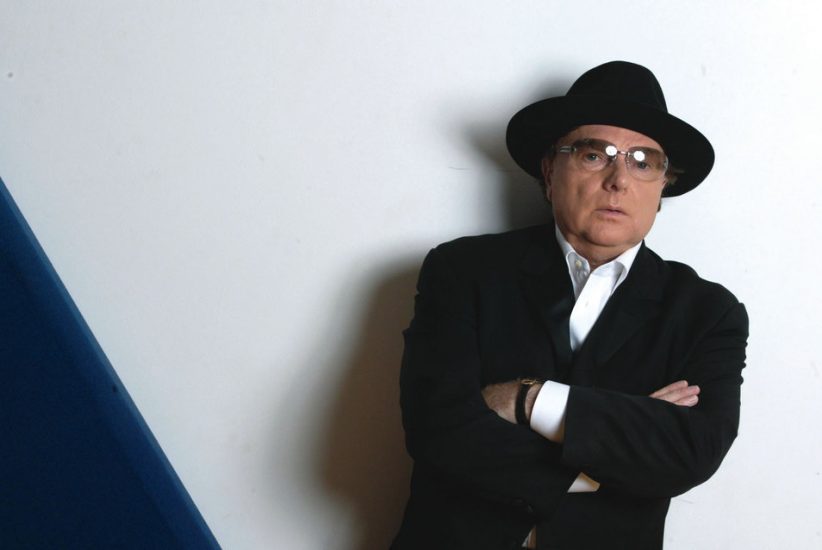 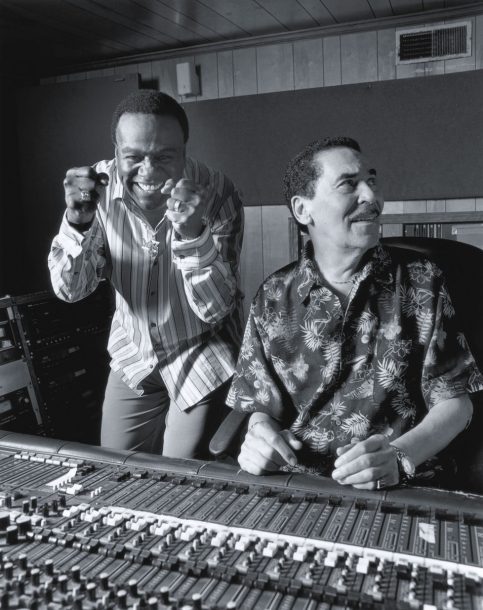 If the phenomenal commercial success of Norah Jones’ Come Away With Me can be looked as a pop-crossover surprise, what should we make of Blue Note’s recent signings of Al Green and Van Morrison? Whereas Jones was a comparatively unknown pop ingénue with undeniable jazz sensibilities, Green and Morrison are well-established pop, soul and blues veterans. And unlike the recent discs by Aaron Neville and Boz Scaggs, which found these pop idols singing collections of jazz standards, Green’s I Can’t Stop and Morrison’s What’s Wrong With This Picture? showcase them in archetypal form, doing what they do best.

Yeah, what is wrong with this picture?

Sure, Blue Note will forever be known as the premiere jazz label, but its legacy doesn’t necessarily protect it from the occasional music industry woes. For the past two decades, we’ve seen the label delve into DJ culture with releases from Us3, St. Germain and Madlib, while staying true to its straightahead and modern-jazz roots with artists such as Pat Martino, Ron Carter and Jason Moran. Also to be fair, it’s not like Blue Note has suddenly dropped its Greg Osbys and Joe Lovanos for, say, popsters from American Idol.

Before we accuse Blue Note of looking for the “next Norah commercial sensation,” it’s important to note, in the case of Morrison, it was he who searched out Blue Note. According to Tom Evered, senior vice president and general manager of EMI Jazz and Classics, when Morrison came to EMI, he emphatically wanted to be on Blue Note. “Even though he’s had pop hits, Van comes so deeply out of the blues and jazz,” Evered says. (In fact, this is Morrison’s second stint on a jazz label: How Long Has This Been Going On and Tell Me Something: The Songs of Mose Allison both came out on Verve in 1996.) “He really sees himself, rightly so, as a very innovative blues singer,” Evered continues. “He really put together a fabulous record, which draws on all of those influences. Van even wanted a classic Blue Note look.”

Indeed, the artwork for What’s Wrong With This Picture? resembles Reid Miles’ design for Tina Brooks’ 1960 album True Blue. Musically though, it’s classic Morrison, delivering perhaps his strongest material in years. The disc wraps his leathery, world-weary voice around an enticing ambience of meaty, Muscle Shoals-inspired horns, swarming Hammond B3 organ fills, melancholy guitar licks and shadowy strings, underscored by rustic, shuffling drums. Songs like the misty, self-effacing, title-track opener and the somber “Meaning of Loneliness” intoxicates with their melancholy poignancy, while uptempo cuts like “Whinin’ Boy Moan” and the rollicking “Stop Drinking” are undeniably infectious. In fact, What’s Wrong With This Picture? probably contains songs that will later be covered by adventurous jazz singers looking to break out of the Great American Songbook straightjacket. “The borders are blurring,” Evered stresses. “We have Cassandra Wilson making Southern blues-pop records and we also have Dr. John via EMI/UK. It’s really not the label that’s important; it’s the music.”

As for I Can’t Stop, Green reunited with legendary arranger and former frequent collaborator Willie Mitchell. They went into Memphis’ Royal Studios to produce an album modeled after their classic Hi Records sound, which afforded Green numerous R&B hits in the early to mid-’70s. They corralled many of the original Hi Records session players, such as pianist Lester Snell, guitarist Mabon “Teenie” Hodges and bassist Leroy Hodges, and hired the New Memphis Strings to make sure that the disc would capture Green in his fomer glory. Green and Mitchell were so excited about working together again that they even put up $30,000 apiece out of their own pockets to get the sessions off the ground. But as Evered explains, “They didn’t trust any of the major record labels. They were looking around, thinking about going to a small label.”

“A lot of labels were calling once we started cutting the record,” Mitchell adds. “We could have gotten any label that we wanted.” Still, neither Green nor Mitchell was particularly looking for Blue Note to release the album.

Enter Tom Cartwright, of EMI, who reissues Hi Records on the Right Stuff series. Cartwright had developed a relationship with Green and Mitchell, and when he heard about the two reuniting, he first called producer Michael Cuscuna, who heads Mosaic as well as Blues Note’s reissues division. Cuscuna showed great interest, but couldn’t release it, because it wasn’t catalog, so he went to Capitol. After Capitol declined, Cuscuna went to Blue Note. “Al Green is one of the greatest singers America has ever produced,” says Evered. “You just can’t say, ‘No.'”

Soon after, Evered and Cuscuna flew down to Memphis to meet with Mitchell and Green for a music preview. “It was pretty clear from the get-go that this was pretty amazing music,” Evered says.

Interestingly enough, the listening session with Evered and Cuscuna was also the first time Green had heard the final results. Green had recorded his vocals only on rhythm and string tracks. “When I do the arrangements, I try to keep everybody away from me-Al included!” Mitchell laughs. “I didn’t even give Al a tape [of the music] before it was mixed down by Bernie Grundman. I usually work by myself and don’t let anybody near it until I get it down to the point where I’m ready for people to hear it.”

After Evered and Cuscuna heard the material, Blue Note president Bruce Lundvall flew down for a listen. “Bruce is a big jazz and pop fan; and he knew of Al and his hits, but he really didn’t know the whole Hi Records story or about Willie,” says Evered. “The three just hit it off right away.”

Still, Lundvall and Evered were a little hesitant signing Green on Blue Note. “We had brought back the Manhattan label, but they weren’t interested in putting it out,” says Evered. “We have a pop label called Metro Blue, but it just didn’t seem like a right fit. We just said, ‘Well, people are going to just have to get over it having the old Blue Note label on it, because it’s really great music.'”

Like the Morrison CD, I Can’t Stop captures a legendary figure in exemplary form. Green’s inimitable falsetto hasn’t lost any of its luster or elasticity. His upper-register screams and husky growls still electrify, as does the airtight rhythm section. Cuts like the delightful title track, the mournful “Rainin’ in My Heart” and the pleading “Not Tonight” can easily sit next to earlier hits such as “Let’s Stay Together” and “Love & Happiness.”

“Norah kind of broke open the floodgates for what can be on Blue Note,” Evered argues. “Regardless of what logo is on the back [of I Can’t Stop], we’re going to take it through true pop channels because Al Green is a legend. Let’s not stand on ceremony or tradition but move forward.”

The least-known persons on the stage on Oct. 29 at the Kodak Theatre in Hollywood were a trio of young trumpet players: Jean Gaze from … END_OF_DOCUMENT_TOKEN_TO_BE_REPLACED

There are important jazz musicians who are more talked and read about than actually heard, and one is Albert Ayler. He did not record extensively. … END_OF_DOCUMENT_TOKEN_TO_BE_REPLACED

There’s something about cities that have distinct musical traditions within them,” says Aaron Levinson, producer of The Harlem Experiment. “It’s not an accident.” With both … END_OF_DOCUMENT_TOKEN_TO_BE_REPLACED

Marchel Ivery, a tenor saxophonist based in the Dallas area, died in his hometown on October 30th after a short illness. He was 69. Although … END_OF_DOCUMENT_TOKEN_TO_BE_REPLACED