Skip to content
Become a member and get exclusive access to articles, live sessions and more!
Start Your Free Trial
Home > News > Paul Brown: The Man With the Midas Touch 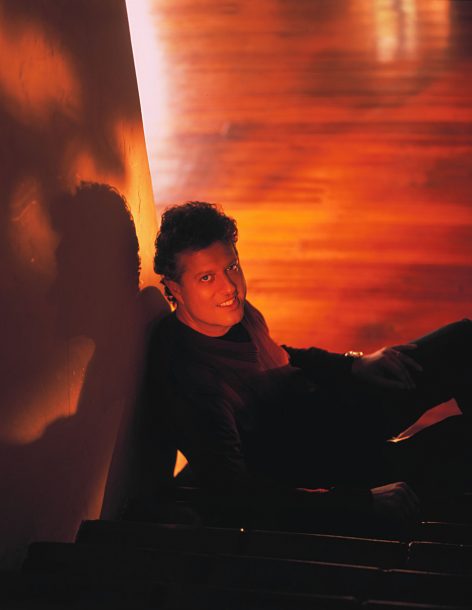 Why would the undisputed king of hit-making smooth jazz songs-he’s won several Grammy Awards and steered more than 40 songs to the top of the charts-go ahead and release a smooth jazz CD himself? “I’ve always been a musician,” Paul Brown says. “Before I started producing I was a drummer and guitar player. It felt natural to get back into making music.”

The result is Up Front (GRP), a CD brimming with self-assuredness and likely a hit-friendly effort that shouldn’t come as much surprise given Brown’s uncanny songwriting and producing acumen. The 12-song CD is a grooving and melodic feast, showcasing Brown’s guitar, drums and even his vocals: he scats on “Wes’ Coast Swing,” sings straight up on Van Morrison’s “Moondance” and alters his voice with a Vocoder on James Taylor’s “Don’t Let Me Be Lonely Tonight.”

Up Front’s first single, “24/7,” is already a smooth-jazz radio smash-of course. More than any other producer in his genre, Brown defines what makes a hit. The “Paul Brown sound” is one that smooth artists kill for, which a long list of artists have ridden to the top, from George Benson, Al Jarreau, Norman Brown and Euge Groove to Rick Braun, Boney James, Peter White and Larry Carlton. For example, on Radio & Records’ smooth-jazz charts for the week ending Feb. 6, Brown mixed Richard Elliot’s “Sly” and produced Peter White’s “Talkin’ Bout Love,” Euge Groove’s “Livin’ Large” as well as his own “24/7.”

“Paul’s unique sound was what first attracted me to music; I found out later he produced,” says saxophonist Groove, whose new CD, Livin’ Large (Narada), is produced by Brown. “It’s more the color of the sound than style of music, like when you watch a Jerry Bruckheimer film. There is a distinct color to it that lets you know it’s him right away. That’s Paul’s signature.”

Musicians seek Brown for a little extra edge-and to get their songs on radio. “My songs are obviously commercial-oriented,” Brown says. “People don’t call me for album cuts. They say, ‘I need a hit song for radio.'”

One of those who has placed a call or two to Brown is fellow guitarist Peter White. Some of White’s biggest hits, such as “Midnight in Manhattan” and “Walk on By,” feature Brown’s production. “Paul’s sound is earthy, as opposed to appealing to the intellect,” White says. “It’s all about the bottom end, the thump, a groove listeners relate to. We all listened to rock, funk and R&B growing up-we didn’t listen to jazz. When Paul and I work together, we resist the temptation to be too clever; we try to make music that moves you in your gut.”

When the time came for Brown to make his first CD, he had no trouble attracting musicians. In addition to White, guests include Boney James-for whom Brown has produced eight CDs-Jeff Lorber, Rick Braun and Chuck Loeb. Also on board are multi-instrumentalist Jeff Carruthers, whom Brown has known since his early mixing days, and French star DJ Cam, who rewrote his own “Chill Out,” stripping down a rap song for Brown to get loose on.

Born in Los Angeles, Brown grew up surrounded by music thanks to his parents, who met while singing in Mel Torme’s band the Meltones. Banging on drums and picking up the guitar early in elementary school, Brown began to produce and mix tunes while in high school. Drums were his early passion-Brown played with British blues singer Long John Baldry for five years, and he jammed at the Troubadour in Los Angeles in a band he started with high-school friends. Like many in smooth jazz, Brown drifted into the genre after hearing George Benson’s Breezin’ in 1976. “It was the first time I’d heard a guitar take so much attention on music that wasn’t straightahead jazz.” Eight years later, he was an assistant engineer on Benson’s 20/20 and, 22 years later, produced Benson’s Standing Together CD.

In the late 1980s, Brown got a big break when pianist David Benoit got him a gig mixing a song for smooth-jazz saxophonist Sam Riney-which also led to playing on Riney’s subsequent tour. In addition to his smooth jazz work, Brown’s been an engineer or producer on CDs by J.J. Cale, Earth, Wind & Fire, Aretha Franklin, Luther Vandross and Jennifer Warnes, among others. He’s also appeared on the soundtracks to Children of a Lesser God, Bodies, Rest & Motion, Dressed to Kill and Midnight in the Garden of Good and Evil.

With his new career, Brown says he’s excited about playing some gigs-he rekindled the spark of his stage days during the 2003 Catalina Island JazzTrax Festival. “I love the instant response and gratification,” Brown says. He’s also now thinking about the direction of his follow-up CD.

Still, don’t look for Brown to step away from producing and mixing CDs. He’d break too many hearts. “Paul brings confidence to sessions,” Groove says. “He isn’t afraid to make a decision, commit to it and move on. Not to say he is afraid to experiment or take a chance-he will. He’s got that vibe.”

The least-known persons on the stage on Oct. 29 at the Kodak Theatre in Hollywood were a trio of young trumpet players: Jean Gaze from … END_OF_DOCUMENT_TOKEN_TO_BE_REPLACED

There are important jazz musicians who are more talked and read about than actually heard, and one is Albert Ayler. He did not record extensively. … END_OF_DOCUMENT_TOKEN_TO_BE_REPLACED

There’s something about cities that have distinct musical traditions within them,” says Aaron Levinson, producer of The Harlem Experiment. “It’s not an accident.” With both … END_OF_DOCUMENT_TOKEN_TO_BE_REPLACED

Marchel Ivery, a tenor saxophonist based in the Dallas area, died in his hometown on October 30th after a short illness. He was 69. Although … END_OF_DOCUMENT_TOKEN_TO_BE_REPLACED