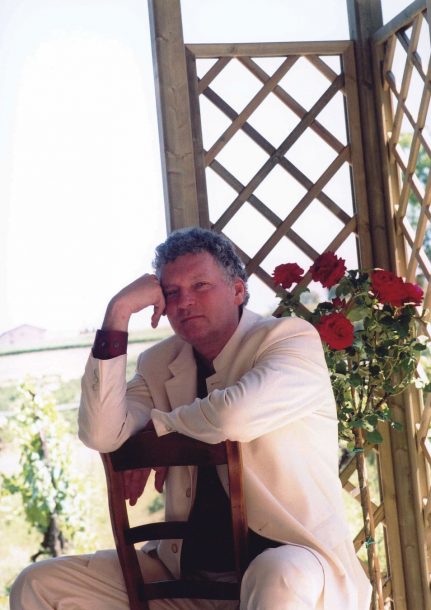 ECM recording artist Miroslav Vitous hasn’t offered up a new album since 1992’s Atmos, a chilling duet with saxophonist Jan Garbarek. Since then the bass legend has been occupied with other interests, such as teaching and amassing an extensive library of sampled orchestral sounds that he utilizes when performing solo bass concerts. With Universal Syncopations, Vitous breaks his 10-year recording drought. An all-star affair featuring some famous colleagues who have been in the bassist’s orbit since the late ’60s, this latest Vitous outing was two years in the making, and it’s highlighted by a remarkable chemistry among the participants-Chick Corea, Jack DeJohnette, John McLaughlin, Garbarek and Vitous-even if most of those musicians never played together during the session.

“The whole band never played together on any one piece. I basically laid down the foundation together with Jack, just bass and drums playing live,” Vitous says. “Then I wrote various statements or motifs for the other players to develop and in between the statements there was improvisation. I asked all the musicians involved to please take this motif and digest it and then play it your way. They all did that beautifully, each recording his contribution one by one, and it truly worked. But it took 14 months of editing in the end to place everything exactly where I wanted it.”

Vitous compares his postproduction process to Teo Macero’s work with Miles Davis on cut-and-paste jobs like In a Silent Way, Bitches Brew and Jack Johnson. “But now we have much better technology to really detail positions of where you want to have what,” he is quick to point out. “In the end I didn’t do much cutting and pasting; it was more about choosing and slightly moving things. I just went by my ear. I cannot tell you what I was looking for because I don’t know. But I knew it when I heard it.”

In some ways, the depth of musicality on Universal Syncopations harkens back to Vitous’ maiden voyage, the startlingly brilliant Infinite Search. “I also made it very difficult for myself because to come out with an album of that caliber right at the beginning-how you gonna beat that?” he smiles.

But Vitous makes an equally profound statement with Universal Syncopations, in which the bassist tries to smash the idea of strict role-playing in music. “Basically, I would call it a new concept, because I think this is the ideal way to play music,” he says. “When you get to the point as I have in my career, when you have played all these recording sessions with different musicians, you worked in countless rhythm sections where you played a very specific role-then you grow up and say, ‘Now, what’s next?’ And you begin to think, ‘Well, I don’t want to do this anymore.’ Let’s forget about role-playing and start talking and really communicating with each other. I think music goes to much higher levels and becomes much more brilliant when it is freed up from role-playing, which to me is an old thing.

Vitous admits that he’s still excited by how well Universal Syncopations turned out. “It’s amazing because I hear it today and I think, ‘How did Jack DeJohnette know that Jan Garbarek was going do this particular phrase two years later?’ Jan does something, and Jack goes clunk, and it sounds so unbelievably right on, like an organic call-and-response. I was able to keep magic in it, which is a difficult thing to do.”

The bassist cites two tracks in particular, “Miro Bop” and “Sun Flower,” that point to his new attitude about the bass. “This is where the bass doesn’t play all the time. It’s again breaking the traditional role of the bass, basically to set everybody free. When the bass stops playing, all of a sudden everybody’s much more free because you have an equal thing going among the great musicians, and there’s no one playing roles anymore. Immediately the drums become more free. Everybody becomes more free. It’s a very liberating process.”

The least-known persons on the stage on Oct. 29 at the Kodak Theatre in Hollywood were a trio of young trumpet players: Jean Gaze from … END_OF_DOCUMENT_TOKEN_TO_BE_REPLACED

There are important jazz musicians who are more talked and read about than actually heard, and one is Albert Ayler. He did not record extensively. … END_OF_DOCUMENT_TOKEN_TO_BE_REPLACED

There’s something about cities that have distinct musical traditions within them,” says Aaron Levinson, producer of The Harlem Experiment. “It’s not an accident.” With both … END_OF_DOCUMENT_TOKEN_TO_BE_REPLACED

Marchel Ivery, a tenor saxophonist based in the Dallas area, died in his hometown on October 30th after a short illness. He was 69. Although … END_OF_DOCUMENT_TOKEN_TO_BE_REPLACED