Skip to content
Become a member and get exclusive access to articles, live sessions and more!
Start Your Free Trial
Home > News > Michael Cuscuna: The Art of the Reissue 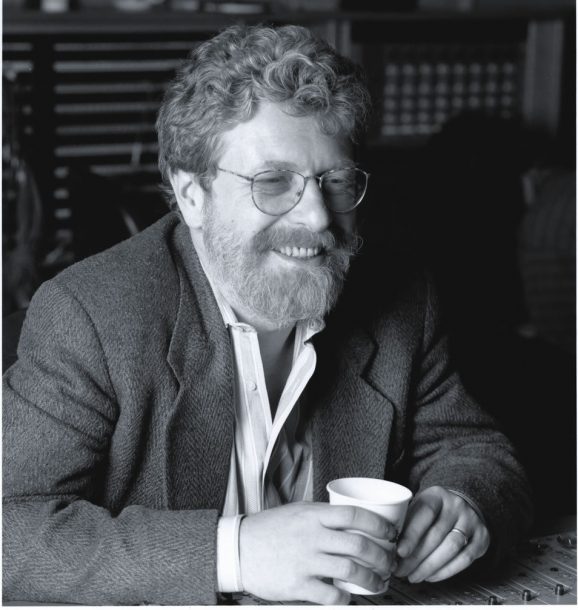 If online bulletin boards and listserv groups are an accurate measure, discussion of record-company reissue policies is a sure-fire blood-boiler for jazz fans. Start a thread on any deserving artist long absent from the retail racks-old, obscure or out of print-and temperatures immediately rise. Expand the focus to details of current reissues and box sets-tune selections, packaging, pricing-and a fever pitch is nigh. Label motivations are vilified, and outraged “How could they?” questions start to fly.

The answers, if considered after a deep breath with a modicum of empathy (it helps if one has worked in a corporate environment), might help explain the reissue policy of whatever label is the target du jour. Whether these reissue policies are inconsistent or intelligent, quality- or quantity-driven, well-there’s the heart of the ongoing argument. That question was also the opening shot in a recent conversation with the maven of the jazz reissue, Michael Cuscuna.

Though Cuscuna has produced many a contemporary artist since the early ’70s, it’s his leading role as a freelance reissue producer for a multitude of labels (and his own artfully packaged Mosaic imprint) for which he’s known, lauded and Grammy-awarded. Given the wide reach of his research and the high quality of his output, he’s one of the few reissue specialists who’s unassailable in public forums (well, usually).

Cuscuna can be incredibly comprehensive in his approach, assembling label-specific overviews of the likes of Brubeck, Clifford Brown and Grant Green. A former DJ, he also has a proven knack for creating winning mixes, cherry-picking tracks for tasteful single discs that focus on, say, the ballad work of Dexter Gordon or John Coltrane, or the best of Lee Morgan or Billie Holiday.

So if any person can boast cross-label insight into the inner workings of the jazz reissue biz, it would be the man from Stamford, Conn.

JazzTimes: A substantial number of jazz consumers think reissue programs are trying to squeeze yet another drop of blood from the stones. Do you agree?

Michael Cuscuna: Yes, to a degree that exists. But those stones are their own masters [laughs]. What I mean is there is a lot more going on in reissue decision-making than just the marketing department. Many titles that sell best are time-honored recordings that were bestsellers when they first came out and continue to be bestsellers. And as recording technology gets better, a lot more can be done, and things can be improved. Almost everything that came out in the initial CD era-let’s say from ’85 to ’90-is, on a relative basis, dreadful. Some of them are fine to listen to but are dreadful compared to what we can do now.

I believe that everything that continues to sell, that people have interest in, deserves to be upgraded if it can be. So there’s a bit of a P.R. problem because the people who care most about those albums happen to be the same people who bought them back when they were on vinyl and then rebought those LPs on CD. Now people find themselves looking at newly upgraded CDs or SACDs of their favorite stuff, so it’s like they’re rebuying stuff yet a second time-or a third or fourth. But what do you do? Do you not treat these titles with the best technology you have today? Everything we’re doing today will eventually be improved upon. That’s just the nature of the world.

When formats settle down, and there’s a way for everyone to play 24-bit digital technology in their homes, everything will sound a lot better than it does in 16, which is the standard for today. And so everyone who cares about the sonic quality of their music-a lot of them are jazz fans-will eventually be rebuying stuff again.

JT: Do major labels rely heavily on those reissues in today’s market to maintain their profitability?

MC: Yes, record companies do look to the kingpins in their catalog as an important income source. When I first became involved with Blue Note reissues, I was amazed looking at Blue Train or Birth of the Cool. I thought everybody on the planet that had ever heard of Coltrane or Miles had to have a copy of those. But those things kept selling to the tune of 100,000 per year or so. So there is a demand for this stuff, and it can’t be that all those sales of the current Blue Train are people rebuying it. It’s just a continued interest in that material. Look at Kind of Blue. Christ, when I redid Kind of Blue sometime in the ’90s, it sold like 240,000 copies the first year. To this day it continues to sell like four or five thousand a week. It’s nuts! I mean it’s wonderful, it’s just amazing, the lasting appeal of a lot of this stuff. And if you’re someone who cares about it, you can’t not upgrade it. And if you’re someone in a corporate position who has to make their numbers and grow the business, you can’t ignore upgrading things that are highly in demand.

Actually, if people wanted to be cranky about it, the real downside of all this is that a lot of things that came out on CD during that first few years of the digital era got deleted because they didn’t sell enough and now may never get upgraded. That to me is more of a tragedy than what people look at as the opportunistic practices of the record business.

JT: What has been your primary motivation in the long string of reissues you’ve created?

MC: My main motivation is really not reissues, it’s focusing on unissued material. Even if it deserves to come out, as long as it’s unissued, it really doesn’t exist. And if you wait long enough the tapes will be lost or scrapped or stolen. Every label I’ve worked with, no matter how well organized and maintained their archive is, has lost tapes or had masters that were destroyed. And that was the biggest heartbreak of all.

I try to look at every reissue as being the last time something’s going to be dealt with. So whether it’s sonic issues or bonus material or documentation or formats, I go to the nth degree to make it as good and thorough and organized as it possibly can be, because it may never happen again.

I’ve always been proven wrong, and I’m thrilled to say that. I thought that my Tina Brooks box on Mosaic was going to be the first and last time anyone would hear most of that material. But fortunately his music did catch on within the jazz world, and we were able to keep it going. Herbie Nichols is another case in point. But as long as that’s your mandate, to do it as best as possible, as thoroughly as possible, you can sleep at night.

JT: When you look at the reissue programs that, say, Legacy or Verve have, are they examples of this “Cuscuna touch”?

MC: No, I wouldn’t be that egotistical. But I think that going the extra mile to find appropriate additional material, to use that extra time on the CD, I think I’ve had an influence on that approach. Whether it’s unissued tracks, or leftover tracks that ended up on other albums, and then you pull together all the music from that same session-to pull a full body of work together, that is one of the things I helped create.

JT: Looking at all the labels today in the jazz-catalog business, what’s the state of the reissue?

MC: I think it’s good. We all know each other, we all talk, and we all share information, with a few possible exceptions. Everyone’s always rooting for everyone’s product to be the best it possibly can. And I think over the years, as reissues have become an important part of jazz, you do have a lot of good people and a lot of good places doing the job. Before they merged with Sony, BMG/RCA was a frustrating exception, and not because they didn’t have good people there, but because it was a revolving door. Every two years there were new people, and this program and this attitude and this way of doing things would stop and another thing start. So there was really no continuum; there was no sense of a body of work there, the way that Columbia and Blue Note and Verve had. Other than that, I just think the reissue business has never been healthier in terms of qualified people that are putting some care into it.

JT: Any complaints? Anything you’d change?

MC: There are some things that bother me, like this tit for tat. For example, Ken Druker, the catalog development guy at Verve, came up with a reissue series with gatefolds that is strictly just the album and the original liner notes-the LP as it was, with no bonus tracks. That drives me crazy, because there are a lot of legit bonus tracks that might enhance a lot of those releases. But on the other hand, if budgetarily, in order to get that material out, he’s gotta do it that way-with just the original music, just the original liner notes-then so be it. And I’d rather have it out than not at all. We are a part of a business, and we have people to answer to. And if we can do that wisely and maintain quality, then boom! We’ve succeeded.

The least-known persons on the stage on Oct. 29 at the Kodak Theatre in Hollywood were a trio of young trumpet players: Jean Gaze from … END_OF_DOCUMENT_TOKEN_TO_BE_REPLACED

There are important jazz musicians who are more talked and read about than actually heard, and one is Albert Ayler. He did not record extensively. … END_OF_DOCUMENT_TOKEN_TO_BE_REPLACED

Marchel Ivery, a tenor saxophonist based in the Dallas area, died in his hometown on October 30th after a short illness. He was 69. Although … END_OF_DOCUMENT_TOKEN_TO_BE_REPLACED