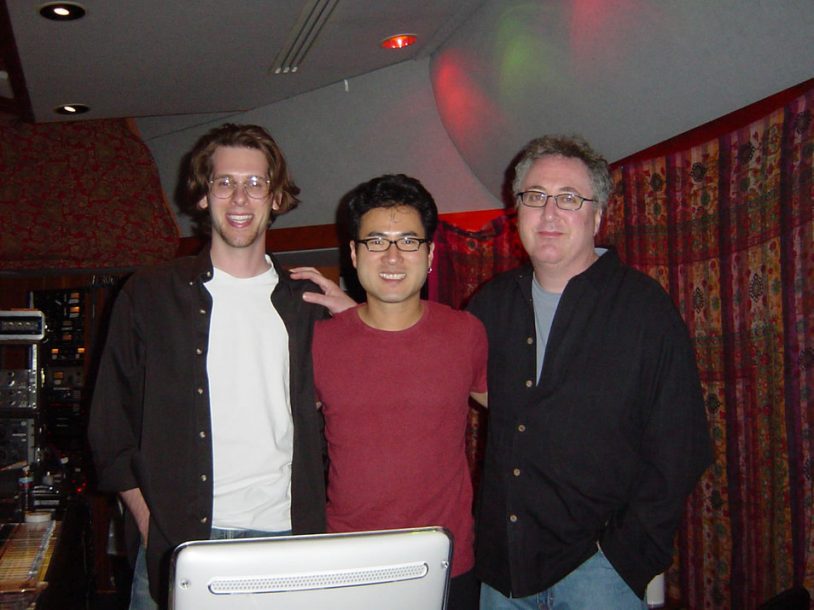 Producer and composer Jason Miles clearly remembers when he started thinking about the concept of his new supergroup, Maximum Grooves: “It started in 1974. I walked into a club in New York City one night after a cousin told me her boyfriend was in Mikells [a club on 97th and Columbus], and that I should come on down.”

Her boyfriend was pianist Don Grolnick, and his band included alto saxophonist David Sanborn, bassist Will Lee, guitarist Joe Beck and drummer Steve Gadd. The band’s rollicking repertoire included a song by Grolnick called “Cactus.” “What a pocket, what a groove, what great changes,” Miles recalls. “Everyone played that song at the time. It was a piece of the whole scene.”

After Grolnick died in 1996, Miles knew he had to find a place for the song on one of his projects. It landed on Maximum Grooves’ Coast to Coast (Telarc), a fusion/funk/smooth-jazz effort boasting musicians such as Gerald Albright, Jeff Kashiwa, Herb Alpert, Jaared, Jay Beckenstein, Michael Brecker, Jeff Golub, Walter Beasley, Russ Freeman, Andy Snitzer, Wayman Tisdale and Derek Trucks. It’s the latest in a string of concept album by Miles, which include Celebrating the Music of Weather Report, A Love Affair: The Music of Ivan Lins, To Grover With Love and Brazilian Nights Featuring Romero Lubambo.

Miles’ recording projects consume his time these days, but he was once a programmer and keyboard player for Whitney Houston, Luther Vandross, Chaka Khan, Diana Ross, Aretha Franklin, Kiss and many others. He created most of the synth sounds on Miles Davis’ classic Tutu album, contributed to Michael Jackson’s History and has recorded two solo CDs: 1994’s World Tour (Lipstick) and 1996’s Mr. X (Lightyear). He has also produced recent CDs for singers Freddy Cole and Cassandra Reed and trumpeter Herb Alpert. But it’s Miles’ themed compilations that have garnered the most critical and public acclaim-the Grover Washington Jr. tribute CD sold more than 100,000 copies, and “She Walks This Earth,” a song sung by Sting on the Ivan Lins project, picked up a Grammy. (In all, Miles has been involved in more than 20 projects that have either been nominated for or received a Grammy.)

The 12 songs on Coast to Coast are built around the rhythm sections of Miles, drummers Steve Ferrone and Gene Lake and bassists Will Lee and James Genus. “My projects have great drummers and bass players, a great bottom underneath,” Miles says. “We need to recognize that music is a whole piece together and that great records are always started with the foundation.”

Great records are also always about relationships and perseverance, as Miles tells it. Throughout his long career, he’s created many long-lasting relationships with established and newer musicians. “Relationships are key to this business,” he says. “Usually when I call up and say I have a really cool tune and I’ve been thinking about this, most musicians who know me will go, ‘Send it. I’m sure it’ll be good because I know you put a lot of thought into it.’ That helps.”

Despite his good standing among musicians and his commercial success, it doesn’t mean that Miles isn’t frustrated with the biz. “Sometimes I want to go drive a school bus or substitute teach, do something that’s not this because of what the music business has turned into. But I realize like all artists before me and artists I admire, making music is about getting up and breathing it every day. Here I am and this is what I do. I just want to make the best music possible, and I hope people see the sincerity I put into it.”

Coast to Coast features several tasty cuts that recall the glory days of ’70s fusion and funk, such as “Cactus,” “You Da Mann” and “Karma Kanic,” while other tunes are saxophone-centered smooth-jazz songs, such as “Everyday Magic” with Kashiwa, “Attitude” with Beasley and “C’est la Vie” with Jaared.

“I didn’t want to make a whole album where people say, ‘He’s going after radio,'” Miles says. “But those [tunes] have as good a chance to get played on radio as anything else out there. The melodies and concepts are really strong. What you do is somehow manage to make songs complicated but make them commercial.”

Born in Brooklyn, Miles attended Indiana State University in the 1970s. With fusion reigning, he returned to New York’s session scene to hone his synthesizer-programming techniques. “I came back to New York because I wanted to work with Miles Davis. I loved straightahead jazz, but that wasn’t my thing. People used to bust my chops about it: You need to being playing the changes, you need to be doing this, but I was totally into Chick Corea, Herbie Hancock and George Duke.”

In 1979, he made his first recording as a leader, Cosmopolitan, which featured bassist Marcus Miller and trumpeter Michael Brecker. It was never released, but Miles says he’s shopping it around now. He’s also looking into creating a second Ivan Lins tribute disc and is creating a CD that currently has the working title Future Explorations in the Spirit of Miles Davis.

“It will be a dangerous album, looking to how Miles influenced me on music,” Miles says. “It’s not smooth jazz. Now, I’ve got nothing against smooth jazz, no matter what anybody says. But jazz is something that is always supposed to be moving forward, and I don’t see it moving forward. Everything is fragmented. When you turn on the radio, it’s mostly retreads; it’s mostly platinum-selling singing artists intertwined with some instrumentals and maybe two or three new songs an hour. That’s what got to change if the format is going to keep growing. Somebody recently told me, ‘My artist got killed because he tried something different on his new album.’ Now I heard his new album, and the one before it, and trust me: it ain’t so different. People are going to the same formula way too often, and it’s getting stale.”

Not to worry: Maximum Grooves and Coast to Coast are anything but stale.

The least-known persons on the stage on Oct. 29 at the Kodak Theatre in Hollywood were a trio of young trumpet players: Jean Gaze from … END_OF_DOCUMENT_TOKEN_TO_BE_REPLACED

There are important jazz musicians who are more talked and read about than actually heard, and one is Albert Ayler. He did not record extensively. … END_OF_DOCUMENT_TOKEN_TO_BE_REPLACED

There’s something about cities that have distinct musical traditions within them,” says Aaron Levinson, producer of The Harlem Experiment. “It’s not an accident.” With both … END_OF_DOCUMENT_TOKEN_TO_BE_REPLACED

Marchel Ivery, a tenor saxophonist based in the Dallas area, died in his hometown on October 30th after a short illness. He was 69. Although … END_OF_DOCUMENT_TOKEN_TO_BE_REPLACED