Skip to content
Become a member and get exclusive access to articles, live sessions and more!
Start Your Free Trial
Home > News > Made in Chicago, Played in Poland: Free Jazz and Boogie-Woogie Piano in Poznan 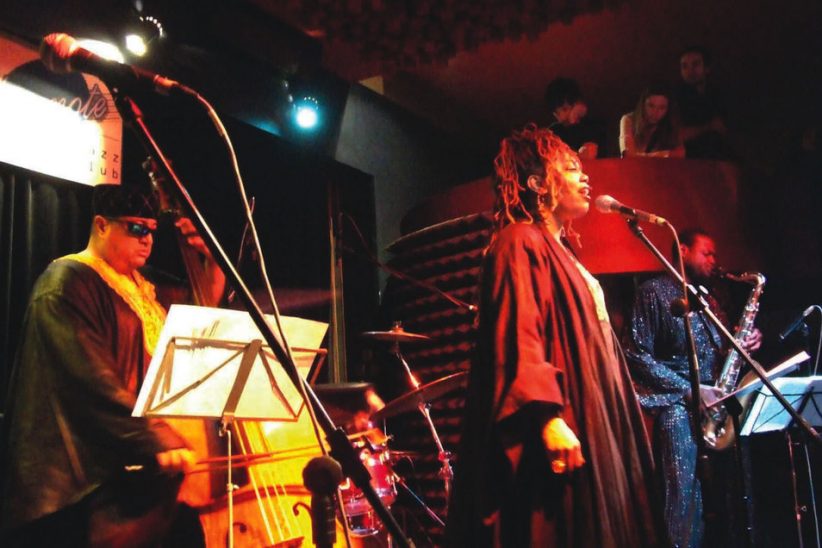 Freedom was ringing throughout Poland in the 1980s, and for a young student named Wojciech Juszczak, the resonance helped spark a lifelong musical love affair. “It was at about the time of the end of martial law,” he remembers. “Solidarity Summer. The Warsaw [JVC] Jazz Jamboree festival-and the Art Ensemble of Chicago onstage! It was like [a] revolt for me. And AACM music stole my heart forever.”

Chicago’s AACM-the Association for the Advancement of Creative Musicians-was formed in the mid-’60s and has since built an international reputation for its pioneering role in the development of the music now known variously as “free” or “avant-garde” jazz. The Art Ensemble is only one of the many influential projects the AACM has cultivated and nurtured over the years. Juszczak says that after that initial spark of inspiration, he began to dream of putting together a program in Poland that might showcase some of the rich living history of Chicago jazz, with an emphasis on the AACM and how it has both honored and extended-some might even say rewritten-that history.

This year, with the assistance of photographer Lauren Deutsch, who is also the executive director of the Jazz Institute of Chicago, Juszczak-now artistic director of the Estrada, a cultural center and performance venue in the city of Poznan-realized at least a part of that dream. A multigenerational crew of AACM stalwarts, along with Erwin Helfer, one of Chicago’s most beloved traditional blues and boogie pianists, spent three days in Poznan performing in venues ranging from the downtown Blue Note club (not part of the NYC-based club chain) to the Estrada itself. The event also included an exhibition of some of Deutsch’s jazz photos, commissioned by Estrada for display in their OKO/UCHO (Sound and Sight) Gallery.

It took Juszczak three years to raise the money for the project; Deutsch, as co-curator under the auspices of the JIC, helped solicit additional support. The lineup, put together mostly by Deutsch with some important input from Juszczak, included (among others) saxophonist/pianist Ari Brown, multi-reed artist Mwata Bowden, flutist Nicole Mitchell, bassist Harrison Bankhead, drummer/percussionist Avreeayl Ra, young trumpeter Corey Wilkes, pianist Helfer and vocalist Dee Alexander. Juszczak suggested saxophonist David Boykin, as well as bassist Tatsu Aoki’s culture- and genre-melding Miyumi project (originally envisioned, for this tour, as a bass/woodwind duo with Aoki and Bowden, but expanded at Aoki’s urging into a quartet featuring Amy Homma and Hide Yoshihashi on taiko drums).

Although American free jazz is popular among Polish aficionados (“AACM philosophy and music is understandable for Polish people,” notes Juszczak pointedly, “because we can respect freedom”), these musicians might have been forgiven had they decided to play it somewhat safe on this, the first excursion to the country for most of them. But that’s not the AACM’s way. As Alexander put it, “The overall feeling was to do what we do!” In that spirit she presented a set of fresh compositions that had never been performed in public, and Mitchell debuted her adventurous multicultural Harambee ensemble, which featured Mitchell on flutes and Alexander’s vocals along with Boykin, Brown, Bowden, Wilkes, pianist Justin Dillard, Aoki (on bass, taiko and shamisen-a three-stringed Japanese instrument), and Ra (who also propelled Brown’s quintet and Alexander’s group, the Evolution Ensemble), as well as Homma and Yoshihashi. Brown and Alexander led their own groups; Mitchell and Boykin were featured as a duo. On Sunday, Nov. 26, Helfer treated the Blue Note Club to a tenderhearted and jubilant celebration of roots as he spun off his well-tempered boogie and stride patterns to a hushed, packed house.

Flush with success and inspiration, Juszczak is already laying plans for an encore series next year. As for the artists, if Dee Alexander’s reaction is any indication he’ll have no problem finding plenty of gifted musicians to participate: “It was a blessing,” she affirms. “To feel such love from an audience-when I walked on the stage of the Blue Note the audience went wild, and they did not know me from Adam. While performing, I was told, you could hear a pin drop. What a blessing! The whole experience was beyond physical—truly a spiritual event. When the music is real, the audience will experience that.”

The least-known persons on the stage on Oct. 29 at the Kodak Theatre in Hollywood were a trio of young trumpet players: Jean Gaze from … END_OF_DOCUMENT_TOKEN_TO_BE_REPLACED

There are important jazz musicians who are more talked and read about than actually heard, and one is Albert Ayler. He did not record extensively. … END_OF_DOCUMENT_TOKEN_TO_BE_REPLACED

Marchel Ivery, a tenor saxophonist based in the Dallas area, died in his hometown on October 30th after a short illness. He was 69. Although … END_OF_DOCUMENT_TOKEN_TO_BE_REPLACED

There’s something about cities that have distinct musical traditions within them,” says Aaron Levinson, producer of The Harlem Experiment. “It’s not an accident.” With both … END_OF_DOCUMENT_TOKEN_TO_BE_REPLACED