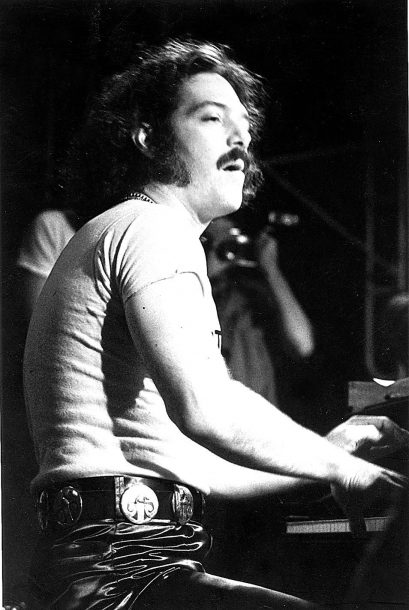 Keyboardist and composer Larry Harlow was present at the birth of Fania Records, so it seems apt that the label’s revival has breathed new life into his career. At its peak in the mid-1970s, Fania was a global force that turned salsa into an international movement, with a glittering roster of Latin music giants such as Celia Cruz, Rubén Blades, Eddie Palmieri, Ray Barretto, Bobby Valentin, Willie Colón, Hector Lavoe, Johnny Pacheco and Harlow, many of whom also toured with the label’s hugely popular calling card, The Fania All-Stars.

“Between Orestes Vilato, Pacheco, Eddie Palmieri, Willie Colón and myself, we’re the only ones left from that era,” says Harlow, 67, now touring widely with his Latin Legends of Fania band. “But the phones are ringing again and I’m working all over the world. I see people in Japan, Finland and Germany dancing to this music. So I’m getting another renaissance coming around again.”

After almost two decades of neglect, Fania’s legacy is back in the spotlight, as CD reissues of the label’s classic albums pour into stores. This fall, two Hollywood films portraying the troubled life of the late, beloved vocalist Hector Lavoe are slated for release, with El Cantante, a vehicle for salsa superstar Marc Anthony and Jennifer Lopez, competing against The Singer, produced by salsa star India with actor Raul Carbonell. The renewed interest in the old-school salsa sound is gratifying for Fania survivors, but it’s just an echo of the fervor surrounding the label in the aftermath of Live in Africa, a concert film of an All-Stars performance held in Zaire and affiliated with Muhammad Ali and George Foreman’s “Rumble in the Jungle” heavyweight bout.

“After the movie when we went to Zaire, album sales started getting huge,” Harlow says. “It opened the doors to South America, Europe and Asia. We just kept picking up fans wherever we went. The Fania All-Stars were like the Rolling Stones of Latin music. It was an absolute phenomenon.”

The primary force behind the Fania renaissance is Emusica, the Miami-based company that bought the label’s catalog and started reissuing dozens of albums at a time earlier this year. Among the classic sessions included in the first batch were Colón’s “El Malo” from 1968, Valentin’s “Rey del Bajo” from 1974 and Harlow’s “Yo Soy Latino” from 1982. The albums all include the original cover art, which was often striking and inventive, with new liner notes in Spanish and English. Founded by Italian-American ex-cop turned lawyer Jerry Masucci and Dominican flutist Johnny Pacheco in 1964, Fania was indeed far than just a record label. Signing the best young musicians and bandleaders, Fania became a cultural touchstone for Latinos during the tumultuous 1960s. The Afro-Cuban clave groove provided the music’s fundamental pulse, but the salsa sound evolved when Puerto Rican plena and bombo rhythms joined the mix, eventually mixing with soul and R&B horn arrangements and modern jazz harmonies.

“The Hispanic population was so enthralled about this new kind of music that was theirs, that they could call their own,” Harlow says. “More bands and clubs kept popping up and it just snowballed. It was the Motown of Latin music. It was like a factory, just smacking out one hit after another, all through the ’70s and up through the early ’80s.”

If Harlow’s name doesn’t exactly sound Latino, that’s because he was born Lawrence Kahn, a nice Jewish boy from Brooklyn. Fania was a quintessential expression of New York, with a multi-ethnic cast that included Puerto Ricans such as Valentin, Ismael Rivera and Pete Rodriguez, the Panamanian Ruben Blades, Cubans Celia Cruz and Mongo Santamaria, and native New Yorkers of Puerto Rican descent like Ray Barretto, Eddie Palmieri and Willie Colón.

As a jazz-playing teenage pianist, Harlow was already a fan of Latin music and loved hanging out at the Palladium, the dance palace that featured the great Latin dance orchestras of Tito Puente, Machito and Tito Rodriguez. But he didn’t get hooked on the music until he and some buddies took a Christmas-break trip down to Cuba in 1956.

“At that time it was about $49 round trip,” Harlow says. “We stepped off the plane and into paradise. Here I am a little young buck of 17 and every restaurant, bodega and corner had a band, and you could go in and enjoy it for free. You’d hear Beny Moré, Orquesta Aragón and Orquesta Riverside. These were my idols, right in front of me. I was in absolute awe.”

After a 10-day stay, he reluctantly returned to college, but early the next year went back to Cuba and enrolled as a music student at the University of Havana (where he met Jerry Masucci, another American enrolled at the school). Next to the University’s music building, a little coffee shop called Fania turned into an unofficial headquarters for jam sessions. Harlow devoted himself to the music, and he became so accepted that he was dubbed “El Judio Maravilloso” (the marvelous Jew), a moniker that bespeaks an ethnic frankness that has yet to succumb to political correctness in Latin America. When Fidel Castro’s guerillas closed in on Havana, Harlow and most other Americans left the island and returned home.

Back in New York, Harlow finished his education at Brooklyn College and gained widespread attention with Johnny Pacheco, with whom he performed at the 1964 World’s Fair. Signed to Fania as a bandleader in his own right in 1968, he introduced a powerful new brass-driven sound with trumpets and trombones, and supplied the Fania All-Stars with some of the band’s best material. Always ambitious, he created “Hommy: A Latin Opera” in 1973, a salsa version of The Who’s rock opera “Tommy.” By the early ’80s, however, Fania went into steep decline, as Masucci (who died in 1997) became less involved in management and the softer salsa-romantico style supplanted Fania’s hard-hitting sound. Now reggaeton rules the “Tropical” airwaves, but Fania’s revival has proved to be a boon for Harlow and his fellow Latin lions.

The least-known persons on the stage on Oct. 29 at the Kodak Theatre in Hollywood were a trio of young trumpet players: Jean Gaze from … END_OF_DOCUMENT_TOKEN_TO_BE_REPLACED

There are important jazz musicians who are more talked and read about than actually heard, and one is Albert Ayler. He did not record extensively. … END_OF_DOCUMENT_TOKEN_TO_BE_REPLACED

There’s something about cities that have distinct musical traditions within them,” says Aaron Levinson, producer of The Harlem Experiment. “It’s not an accident.” With both … END_OF_DOCUMENT_TOKEN_TO_BE_REPLACED