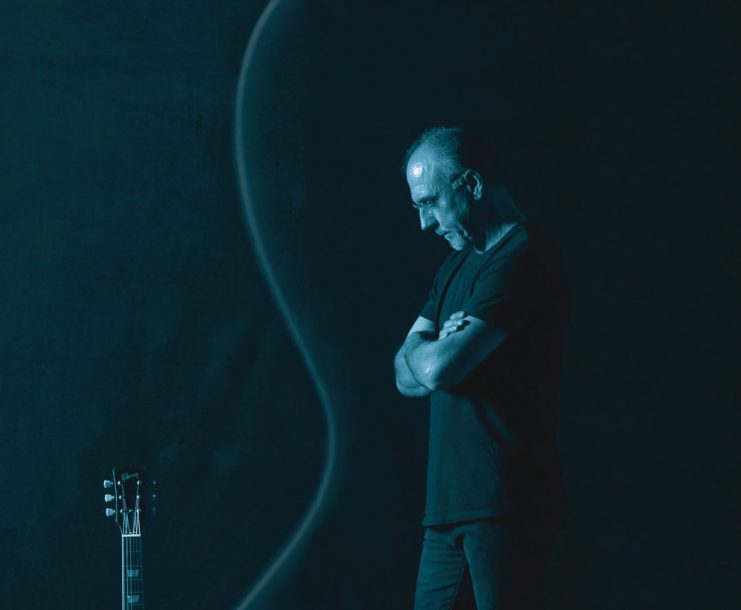 For guitar aficionados who came up in the early ’70s savoring Larry Carlton’s funk-and-blues-tinged work with the Crusaders on such crossover classics as Scratch, Chain Reaction and 1971’s 1 (which contained the anthemic “Put It Where You Want It”), his venture into softer territory as a solo artist during the late ’80s and with the smooth-jazz supergroup Fourplay in the late ’90s was an unfortunate detour. Carlton did manage to emerge every five or six years during his smooth-jazz phase to stretch and blow with pent-up abandon, as on his 1986 live date Last Nite, Stanley Clarke’s 1993 recording Live at the Greek (Epic) and the guitarist’s live-in-Osaka collaboration with fellow axman Steve Lukather on 1998’s No Substitutions for Steve Vai’s chops-conscious Favored Nations. But for the most part, his solo output since the late ’80s has been marked by a willingness to cater to radio play, thus depriving old-school fans of those stinging, blues-inflected licks they remember from back in the day.

Fear not, blueshounds, for Mr. 335 is back kicking ass once again.

For his first recording under a new three-record deal with RCA, Carlton returns to his earthy roots with a vengeance on Sapphire Blue. A powerhouse, horn-driven outing featuring a crew of handpicked players from Nashville (where Carlton has resided since the early ’90s), and fueled by the muscular grooves of former Dave Holland Quintet drummer Billy Kilson (who also appeared on Carlton’s last recording for Warner Bros., 2001’s Deep Into It), this swaggering, shuffling showcase is chockful of hot-blooded string-bending, toe-curling licks and killer tones, with several heartfelt nods to Albert and B.B. King along the way (as on “A Pair of Kings,” “Take Me Down” and the title track).

Carlton says that this straightforward blues outing had been bubbling on his back burner for nearly a decade. “I remember Bob James and I were doing a radio interview together some years ago and the interviewer asked each one of us separately if there was anything we could do or haven’t done, what would it be that we would want to do. And I don’t remember Bob’s response but my response was to do a blues album with a horn section and be able to go out on tour with it, and Bob looked at me and said, ‘Well, why don’t you do it?’ And I looked at him and said, ‘Time and money.’ You know, you need the commitment from somebody to finance it, and then it’s expensive to take on the road, but the opportunity came up a year ago last July. And I had the opportunity to do anything that I wanted to do, and that’s what I chose to do.”

During a weeklong engagement in early December at the Iridium in New York with his 10-piece Sapphire Blue Band, featuring Kilson on drums and Carlton’s longtime associates Michael Rhodes on bass and Matt Rollings on organ and keyboards, Carlton thrilled onlookers with his unparalleled finesse on “Night Sweats” and his signature string bends on “7 for You” and the aptly named “Slightly Dirty.” Following that triumphant appearance, Carlton and company toured Singapore, Seoul, Bangkok and Tokyo before returning to the States for more roadwork.

For both the recording of Sapphire Blue and subsequent live gigs, Carlton is once again playing his warm-toned 1969 Gibson ES-335 semihollow-body guitar-the very same one he came up playing in the early ’70s with the Crusaders. “Yeah, that’s the one I can express myself the most on, I think,” he says, adding, “It feels great to get back to playing this way again. People have been encouraging me and saying they wanted to hear me stretch out and do a blues album for many years now so I knew it would happen eventually. It’s been in there a long time, man, so I’m thrilled to get to express it now in a total package and then go on tour with it.”

Carlton plans a whirlwind tour through the summer of 2004 with his Sapphire Blue Band before reporting back to duty with Fourplay. “We’ll do as many dates as we can do from April through July, then Fourplay will start up again in August,” he says. “We took all of 2003 off from Fourplay to do other things, but we went in the studio in February to cut a new album, which will probably come out in July and be followed up by a worldwide tour. So I’m going to have an opportunity to take this blues band out on the road throughout the summer-and I’ll take every date that gets offered because every night is fun with this band. Last summer we did the Hollywood Bowl and the Concord festival and killed it. People loved it. As soon as they hear this band, they get it.”

The least-known persons on the stage on Oct. 29 at the Kodak Theatre in Hollywood were a trio of young trumpet players: Jean Gaze from … END_OF_DOCUMENT_TOKEN_TO_BE_REPLACED

There are important jazz musicians who are more talked and read about than actually heard, and one is Albert Ayler. He did not record extensively. … END_OF_DOCUMENT_TOKEN_TO_BE_REPLACED

Marchel Ivery, a tenor saxophonist based in the Dallas area, died in his hometown on October 30th after a short illness. He was 69. Although … END_OF_DOCUMENT_TOKEN_TO_BE_REPLACED

There’s something about cities that have distinct musical traditions within them,” says Aaron Levinson, producer of The Harlem Experiment. “It’s not an accident.” With both … END_OF_DOCUMENT_TOKEN_TO_BE_REPLACED