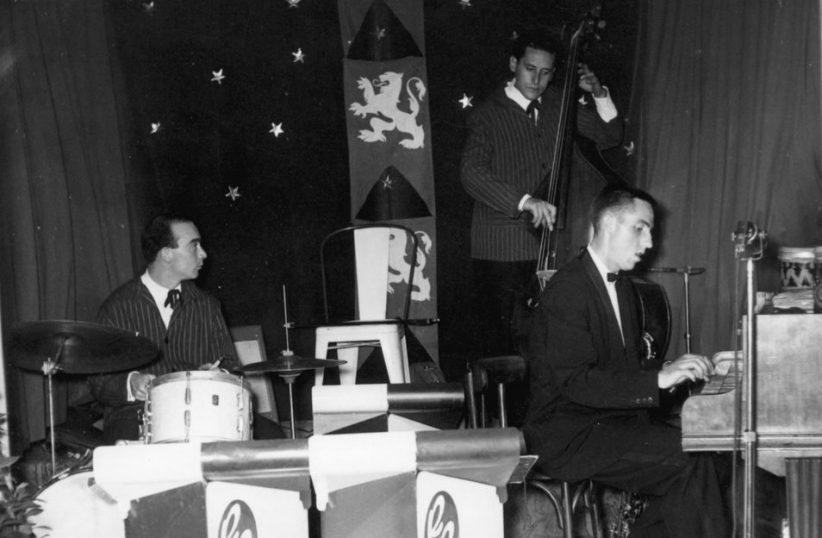 Jacques Loussier doesn’t want to go “Kill You” on Eminem for jacking his music. He just wants to be paid in full. Loussier says the beat for “Kill You,” from Em’s 2000 album The Marshall Mathers LP, is essentially “a very nice copy” of his own composition “Pulsion,” a fusion number the French pianist wrote two decades ago. Since Eminem doesn’t agree, Loussier has filed a lawsuit seeking damages.

Despite the fact that “Kill You” is an unrelenting misogynistic rant redeemed only a little by Eminem’s characteristic maybe-irony, Loussier praises the rapper as an artist: “He’s a great figure of rap music, that’s for sure. He’s very intelligent; he’s certainly not as bad as he thinks he is. I am not surprised that he chose this music, because this is one of my best compositions.” (Loussier may have been influenced on this point by his son, an MC français who was the first to alert Jacques to “Kill You.”)

“But Eminem has got plenty of cases everywhere. And he said something very funny, he said, ‘Loussier has got to take his number and wait until his turn comes up.’ We’ll see what happens.”

Loussier himself has used copyrighted works for his records before, as with his explorations of Maurice Ravel’s “Bolero,” but he says, “If I need permission, I ask permission. This is the difference. Eminem needed permission to do what he has done, but he did not ask.” Would he have granted permission to the blond beast? “Of course! It’s just a question as to what they want to give me and what I need and what I want. If somebody comes up to you in search of an agreement, we always find a way to understand.” Get money, J-Lou.

Apart from the purported borrowing, Loussier’s latest is about as different from Eminem as you can get: an hour-long set of variations on the allegretto second movement of Beethoven’s Symphony No. 7. Beethoven’s original is a haunting, deceptively simple theme composed mostly of repeated notes played in a quiet march rhythm. Loussier and trio partners Benoit Dunoyer de Segonzac (bass) and André Arpino (drums) explore both its rhythmic and melodic dimensions and take it through lively dances, melancholic contemplation and even an unexpected ecstasy.

“If you listen to the Beethoven theme,” says Loussier, “it’s not so easy to say that we play the theme with bass and drum. You must choose a style, a way to escape from the theme and at the same time to follow the theme and to give the same emotion. And then you have to find how to use the bass, the drums, because they’ve got a very important part to play.” The solos here are particular pleasures, as Dunoyer de Segonzac delivers unexpected flurries of notes and Loussier cleverly works in the theme from Beethoven’s “Moonlight” Sonata at one point.

In addition to the Beethoven, Loussier’s Play Bach records, which came out in 1959, will soon be rereleased in SACD format, commemorating what has become a lifetime of jazz explorations of classical works. When Play Bach came out, Loussier recalls, “somebody told me, ‘In 20 years’ time you will continue to play that music.’ He was far from the reality because now it’s 45 years, nearly. But I remember when I did it, I just said ‘I will have 10 copies and I will distribute that to my fans,’ and that’s it. I never thought I would be a success in this music. And I’ve been surprised.”

Whatever the outcome of the lawsuit, it’ll be an upset if Eminem can say the same about his fan base in 2050.

The least-known persons on the stage on Oct. 29 at the Kodak Theatre in Hollywood were a trio of young trumpet players: Jean Gaze from … END_OF_DOCUMENT_TOKEN_TO_BE_REPLACED

There are important jazz musicians who are more talked and read about than actually heard, and one is Albert Ayler. He did not record extensively. … END_OF_DOCUMENT_TOKEN_TO_BE_REPLACED

There’s something about cities that have distinct musical traditions within them,” says Aaron Levinson, producer of The Harlem Experiment. “It’s not an accident.” With both … END_OF_DOCUMENT_TOKEN_TO_BE_REPLACED

Marchel Ivery, a tenor saxophonist based in the Dallas area, died in his hometown on October 30th after a short illness. He was 69. Although … END_OF_DOCUMENT_TOKEN_TO_BE_REPLACED