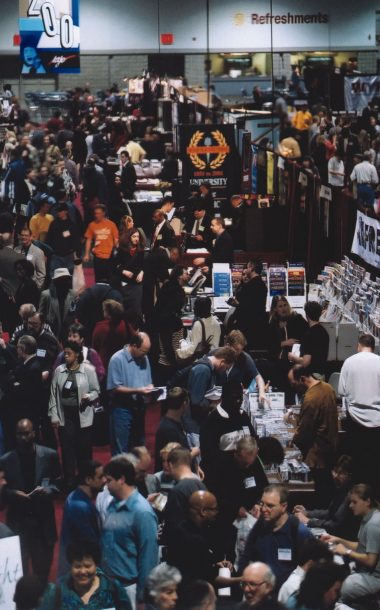 A crowd of jazz students, educators, musicians and professionals go in search of swag in the IAJE exhibit hall 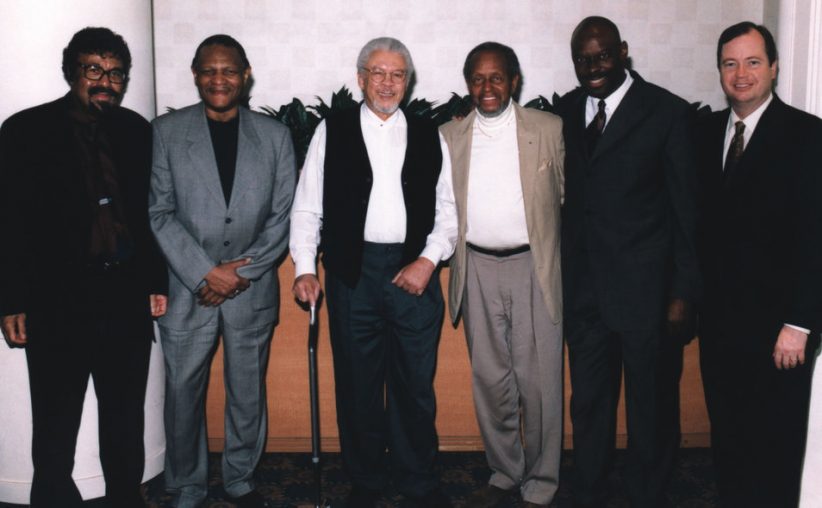 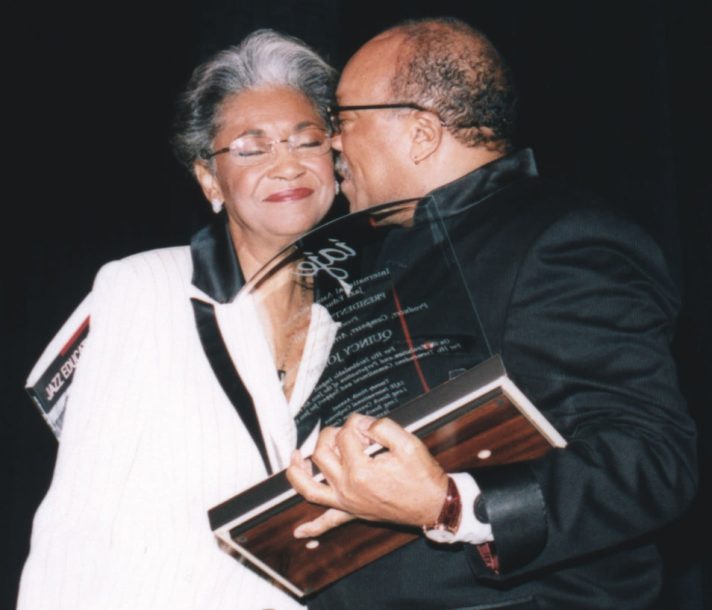 Nancy Wilson is smooched by Quincy Jones, who received the IAJE President's Award during a special gala dinner 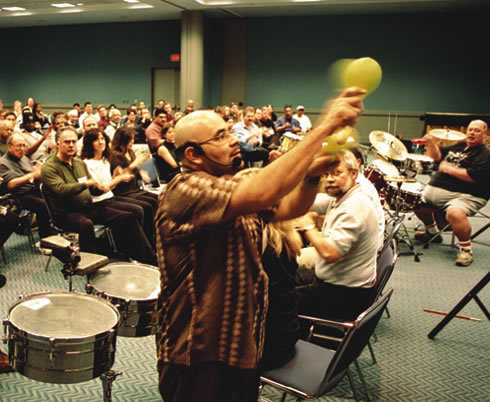 Officially, attendance at this year’s International Association for Jazz Education (IAJE) conference in Long Beach, Calif.,was on par with last year’s gathering in New York City, with an announced total of approximately 7,000 attendees. Participation from the jazz industry,however,much of which is based in the New York City area, appeared down. But given recent events and the downturn in the economy, the overall good vibes seemed nearly a miraculous achievement. As always, there were plenty of clinics,workshops, panels and concerts by a wide cross-section of jazz artists and professionals. And,what’s a conference without awards? For several years now, the National Endoument for the Arts (NEA) has presented its Jazz Masters awards during IAJE and this year’s recipients were Frank Foster,Percy Heath and McCoy Tyner. In keeping with the increasingly international nature of the jazz marketplace,the European Jazz Festivals Organization presented a newly established International Jazz Award to Joe Zawinul. The 2003 conference will be held outside the U.S. for the first time ever, in Toronto,Ontario, January 8-11. For more information about IAJE and the conference, visit www.iaje.org.

The least-known persons on the stage on Oct. 29 at the Kodak Theatre in Hollywood were a trio of young trumpet players: Jean Gaze from … END_OF_DOCUMENT_TOKEN_TO_BE_REPLACED

There are important jazz musicians who are more talked and read about than actually heard, and one is Albert Ayler. He did not record extensively. … END_OF_DOCUMENT_TOKEN_TO_BE_REPLACED

Marchel Ivery, a tenor saxophonist based in the Dallas area, died in his hometown on October 30th after a short illness. He was 69. Although … END_OF_DOCUMENT_TOKEN_TO_BE_REPLACED

There’s something about cities that have distinct musical traditions within them,” says Aaron Levinson, producer of The Harlem Experiment. “It’s not an accident.” With both … END_OF_DOCUMENT_TOKEN_TO_BE_REPLACED